Benami transactions were first prohibited in India under Section 2(a) of the Benami Transactions (Prohibition) Act, 1988. A benami transaction is defined as a “transaction in which property is transferred to one person in exchange for consideration paid or provided by another person”.[9] The legislative intent behind the prohibition on benami transactions was to deter people from engaging in such transactions for dishonourable purposes, such as money laundering, tax evasion, and diverting assets in order to create the appearance of insolvency and defeat the legitimate claims of creditors. In simple words, the 1988 Act made any benami transaction a punishable offence, as well as any suit, claim, or action to enforce any right in respect of any property held benami against the person in whose name the property was held. In other words, the legal right to claim beneficial ownership in any benami property has been terminated in its entirety. All benami properties were susceptible to acquisition by any authority, in any way, and after following any process that may be specified under the provisions of the Act, but no such authority was actually established until almost 28 years after the Act’s ratification.

This “old Act” was a tiny piece of legislation with just nine parts, and no rules were enacted to govern the procedural execution of the legislation. As a result, until the changes made by the Benami Transactions (Prohibition) Amendment Act, 20162, which came into effect on 1-11-2016, the Act’s practical application was muted. “There were 72 Sections in the amended Act, which was later renamed the Prohibition of Benami Property Transactions Act, 19883 (hereinafter referred to as the “new Act”), and Rules (namely, the Prohibition of Benami Property Transactions Rules, 20164) were framed thereunder to ensure proper implementation of the Act.”5 Not only is the definition of a benami transaction broadened under the new Act, but also provisions for harsher fines and prosecution, seizure of property, and the establishment of an implementation mechanism are included.

Background of the conflicting grey area of the benami transaction law

In Tulsiram v. CIT6, the Chhattisgarh High Court held in para 13 of its decision that the Benami Transactions (Prohibition) Amendment Act, 2016 (the 2016 Act), which was an amending legislation, had to be read in conjunction with the provisions of the 1988 Act since it was an amending enactment. It was determined that a conjunctive reading of the Acts of 1988 and 2016 reflected that Section 1(3) of the 1988 Act provides retroactive effect to the provisions of the 2016 Act, and that the court of appeal agreed. On the other hand, it may be claimed that the retrospective application of the 2016 Act would be hampered by Article 20(1) of the Constitution7 since it creates a “new crime” by broadening the meaning of “benami transaction”. It may also be claimed that the 2016 Act allows for the “confiscation of benami property rather than its acquisition”, as was required by the previous Act, resulting in a heavier punishment and being subjected to Article 20(1). However, in Ganpati Dealcom (P) Ltd. v. Union of India8, the State claimed that the 2016 Act simply explains the substantive elements of the law and is in the nature of a “declaratory legislation”, and that it does not establish any “new” offence, thus not being in breach of Article 20(1). The Supreme Court is thus faced with three primary questions: first, whether there is legislative intent to give retrospective effect to the 2016 Act; second, whether the 2016 Act imposes a harsher penalty than the earlier Act insofar as it provides for “confiscation of benami property rather than its acquisition”, thereby violating Article 20(1); and third, whether the 2016 Act is constitutionally valid.

Does the 2016 Amendment create a new offence

To make it more effective, Section 2(a) of the 1988 Act should be given a broader interpretation so that it may be used to punish the benamidar, the beneficial owner, and any other person who acts with sufficient intent to help the beneficial owner in circumventing the law. According to the Act’s goals, a restricted interpretation will be applied to the word, and the result will be the provision of immunity to an accomplice who possessed the property (without being the legal owner) and actively helped the beneficial owner in evading the law. According to the 1988 Act, if a property’s title is transferred in a fictitious name and possession of the property is held by someone who intentionally holds the property for the direct or indirect benefit of the beneficial owner, that person should be held liable as well under the terms of that Act. Consequently, the 2016 Act did not establish a “new offence”, but rather defined the meaning of the 1988 Act, which was previously unclear.

The Madras High Court in K. Nagarajan v. Adjudication Authority[10] ruled that the provisional attachment under Section 24 of the Benami Transactions (Prohibition) Amendment Act, 2016[11], which came into effect on 1-11-2016, was valid and in accordance with the law in respect of benami transactions entered into prior to the effective date of the Act. In this case S.M. Subramaniam, J. held that:

“13. … Section 1 sub-section (3) clarifies that the provisions of Sections 3, 5 and 8[12] shall come into force at once, and the remaining provisions of the Amendment Act shall be deemed to have come into force on 19th day of May, 1988. Section 3 contemplates “prohibition of benami transactions”. Though the petitioner has relied on sub-section (3) to Section 3, stating that whoever enters into any benami transaction on and after the date of commencement of the Benami Transactions (Prohibition) Amendment Act, 2016, shall, notwithstanding anything contained in sub-section (2), be punishable in accordance with the provisions contained in Chapter VII, Section 1 sub-section (3) clarifies that the other remaining provisions of the Act shall be deemed to have come into force on the 19th day of May, 1988. Thus, in respect of the transactions prior to the amendment i.e. on 1-11-2016, the actions were taken under Section 24 is valid and in accordance with law. In the present case, investigations and search were conducted prior to the Amendment Act. The alleged benami transactions were also occurred prior to the amendment. But, the provisional attachment under Section 24 was made after the amendment, which is certainly permissible under Section 1 sub-section (3) of the Act.”[13]

The Court determined that Section 1 sub-section (3) of the modified Act explained that the other sections of the amended Act would be considered to have come into effect on 19-5-1988, as stated in the statute. As a result, the petitioner’s claim under Article 226[14] was dismissed by the Court, which noted that the petitioner was attempting to prolong the proceedings and protract the problems on weak grounds.

Following the Court precedents mentioned above, it may be concluded that the provisions of the Benami Act have previously been found to be applicable to transactions that took place prior to the implementation of such provisions. Furthermore, the jurisprudence relating to the retrospectivity of legislation allows the legislature to make laws that may have retroactive effect either expressly or by necessary inference, without the need for a specific provision. 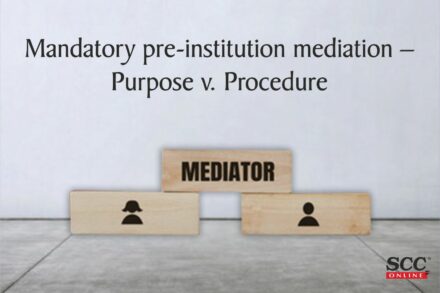 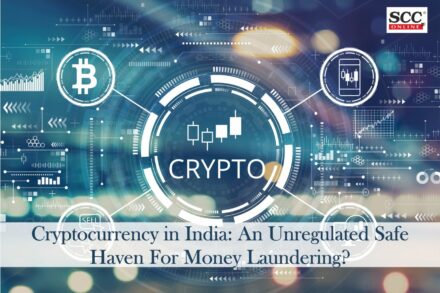 Cryptocurrency in India: An Unregulated Safe Haven For Money Laundering? 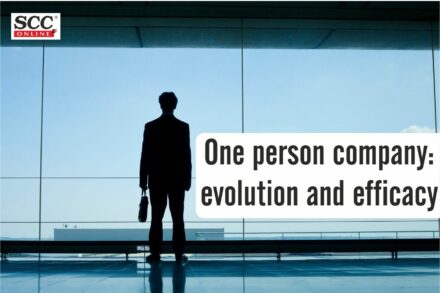 One person company: evolution and efficacy