Supreme Court: Despite a slipshod investigation in a case, the 3-judge bench of NV Ramana, Surya Kant and Hima Kohli*, JJ has upheld the conviction of a man guilty of killing his wife within a few months of the marriage on her failing to satisfy the demands of dowry. The deceased Fulwa Devi had gone missing from her matrimonial home and her body was found on the bank of river Barakar after a week.

What does the law state?

For convicting the accused for an offence punishable under Section 304B IPC, the following pre-requisites must be met:

Section 304B IPC read in conjunction with Section 113B of the Evidence Act shows that once the prosecution has been able to demonstrate that a woman has been subjected to cruelty or harassment for or in connection with any demand for dowry, soon before her death, the Court shall proceed on a presumption that the persons who have subjected her to cruelty or harassment in connection with the demand for dowry, have caused a dowry death within the meaning of Section 304B IPC. The said presumption is, however, rebuttable and can be dispelled on the accused being able to demonstrate through cogent evidence that all the ingredients of Section 304B IPC have not been satisfied.

Two Hypothesis of the crime – Analysed

No eye witness has been produced who could testify as to how the body of the deceased was found on the banks of river Barakar. Hence, the Court observed the following two hypothesis:

If the first assumption is taken to be correct, then surely, some villager would have seen the accused persons carrying the dead body to the river where it was finally dumped. However, the prosecution had not produced any villager who was a witness to the body of the deceased being taken out of the matrimonial home and carried to the river. Therefore, this version would have to be discarded in favour of the second one which is that the deceased was alive, when she was accompanied to the river and then she was forcibly pushed in and could not emerge alive from the watery grave. The latter assumption also gains strength from the post mortem report which records that there were no signs of any ante mortem injury on the body. If the deceased was killed in the house, then the body would certainly have revealed some signs of struggle.

Recovery of the body from the banks of the river clearly indicates that Fulwa Devi had died under abnormal circumstances that could only be explained by her husband and in-laws, as she was residing at her matrimonial home when she suddenly disappeared and no plausible explanation was offered for her disappearance.

Hence, despite the shoddy investigation conducted by the prosecution, the Court was of the view that the circumstances set out in Section 304B of the IPC have been established in the light of the abovementioned facts.

“The circumstances put together, unerringly point to his guilt in extinguishing the life of his wife within a few months of the marriage on her failing to satisfy the demands of dowry.”

Hence, the appellant who is presently on bail, was directed to surrender before the Trial Court/Superintendent of Jail within four weeks to undergo the remaining period of his sentence.

The Court however acquitted Fulwa Devi’s mother-in-law as, from the evidence on record only certain omnibus allegations have been made against her with respect to dowry demands, however, the prosecution was not able to indicate any specific allegations, nor point to any specific evidence or testimony against her. She was, hence, directed to be released forthwith, if not required to be detained in any other case.

SL CoA | Decision of Inspector General of Police held within the powers vested in him; dismissal of petitioner on grounds of misconduct upheld

COVID-19| Everyone not eligible for free testing kits; To be made free only to the economically weaker sections of society [Modified order] 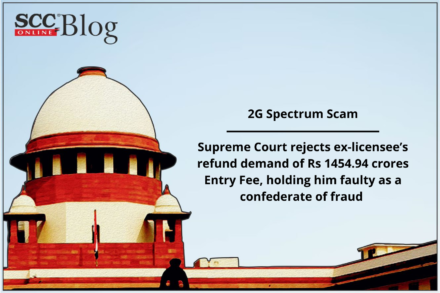