Orissa High Court: B. P. Routray J. set aside the orders of the revisional courts and allowed the applications.

The facts of the cases are that, the informant, who is a Sub- Inspector of Police, seized seven trucks/containers as were transporting 88 cattle (45 cows and 43 bullocks) illegally in closed containers in a cruel and wretched condition. Most of the cattle were bleeding at the feet being tied to the padlock and some of them have died. The drivers were thereby arrested and FIR was lodged. The instant petition was filed by a registered society working as a temporary shelter house for rescued animals seeking release of seven vehicles seized for alleged commission of offences under Sections 379, 411, 294, 353, 332, 506 and 34 of Penal Code, 1860 and Section 11 of the Prevention of Cruelty to Animals Act, 1960 (hereinafter referred to ‘the PCA Act’).

The Court observed that the alleged offences include the offence under the PCA Act. The PCA Act has been enacted with the objective to prevent infliction of unnecessary pain and suffering to animals. Chapter II of the said Act speaks for establishment of Animal Welfare Board of India, its constitution as well as functions and Chapter III prescribes prevention of different cruel treatments to animals and penalty for the same and Chapter V stipulates the offences. Section 35 prescribes about treatment and care of animals and Section 38 gives power to make rules.

The Court added, “The Prevention of Cruelty to Animals (Care and Maintenance of Case Property Animals) Rules, 2017, which has been framed by exercising power under Section 38 of the PCA Act, deals with the procedure for custody of rescued animals, the cost of care and keeping of animals pending litigations, their status upon disposal of litigation and disposition.”

The Court further observed that it is trite law that, in the matters of welfare legislation, the provisions of law should be liberally construed in favour of the weak and infirm. Courts also should be vigilant to see that benefits conferred by such remedial and welfare legislation are not defeated by subtle devices. Court has got the duty that, in every case, where ingenuity is expanded to avoid welfare legislations, to get behind the smoke-screen and discover the true state affairs. Court can go behind the form and see the substance of the devise for which it has to pierce the veil and examine whether the guideline or the regulations are framed so as to achieve some other purpose than the welfare of the animals.

The Court held “The petitioner, who is a registered SPCA, has categorically submitted that he has incurred expenses while keeping those cattle for their maintenance and care as well as health examination. This has also not been considered by the revisional courts before directing for release of the vehicles.”

For respondents: Mr. Ashok Parija and Mr. B. Tripathy 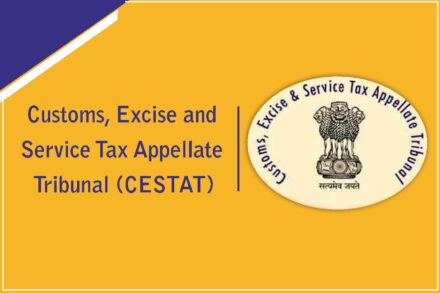 COVID-19 | Raj HC | Notice issued to respond as to — what steps have been taken to safeguard citizens and to ensure that no unlawful manhandling, canning and spanking is perpetrated?