A first-generation lawyer, Soli Jehangir Sorabjee, who became the nation’s Solicitor General and Attorney General, died at 91 last month. Sorabjee had many passions in life and in the law. Principal among them were the Constitution and the Supreme Court whose founding he bore witness to and whose evolution paralleled his own professional career of seventy years.

Sorabjee’s interest in the Constitution began as a law student in Bombay. India had just been declared a Republic, and Sorabjee had a ringside view of the early cases in which citizens, their counsel, and the courts invoked the new people’s constitution1. Bunking class, Sorabjee went to see Fram Balsara’s challenge to prohibition in the Bombay High Court. Recounting the proceedings, Sorabjee credits Noshirwan Engineer, Balsara’s lawyer, for that memorable, but misattributed, sentence:“a republic without a pub is a relic”. Sorabjee was also captivated by H.M. Seervai’s brilliant closing arguments for the State before a hostile Bench.

In June 1953, Sorabjee joined Jamshedji Kanga’s chamber working under Kharshedji Bhabha2. He handled a wide range of constitutional, civil, and tax cases. Impressed by Sorabjee’s acumen, Chief Justice M.C. Chagla made him an amicus overlooking his relative inexperience.3 As Sorabjee later put it, he had no “Godfather in the profession.” So, he understood first-hand the importance of mentoring4 juniors and encouraging younger lawyers. As his reputation soared, Sorabjee was offered a High Court appointment. He turned it down for personal reasons5, but continued to handle heavy matters in Bombay and increasingly in Delhi.

* *The article has been published with kind permission of Eastern Book Company. Cite as (2021) 7 SCC J-20
† The author is a lead counsel at an international organisation. He thanks Gopal Sankaranarayan, B. Suchindran, and Sanjay Hegde for their comments.

28 Sorabjee, Equality in the United States and India in Constitutionalism and Rights [Louis Henkin and Albert Rosenthal (Eds.), 1990] p. 94. 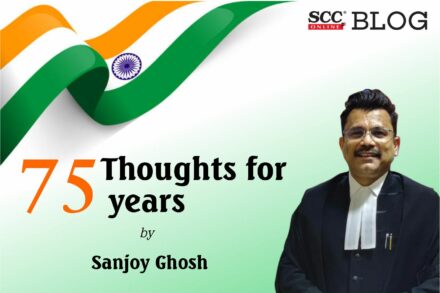 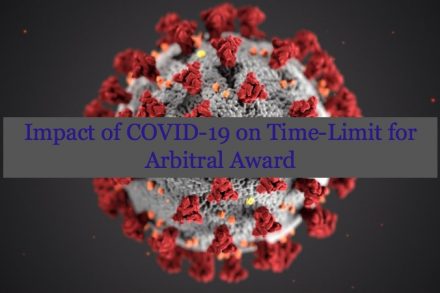 Impact of COVID-19 on the time-limit for arbitral award 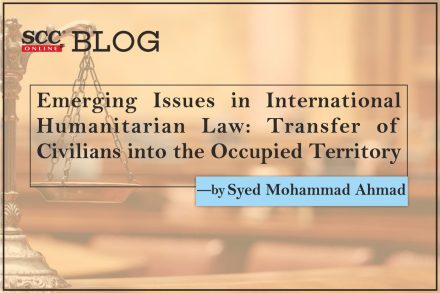 Emerging Issues in International Humanitarian Law: Transfer of Civilians into the Occupied Territory