Petitioners in the instant matter were the adult sons of respondent 4 who was proceeded against before the Tribunal having stood as guarantor for the loan taken by respondent 2 from respondent 1.

Petitioners stated that the property was originally acquired by the father of respondent 4 and he got his property from his father on partition, hence the same was an ancestral property of the petitioners.

Further, it was stated that the petitioners, as well as the respondent, were Hindus governed by Mitakshara School of Hindu Law and that by virtue of their birth, they became owners of the property along with respondent 4 as coparceners.

Whether the property was an ancestral property of the petitioners or if they had any enforceable right on the property mortgaged by respondent 4 in favour of respondent 1 as a guarantor?

According to Hindu Law by Sir Dinshaw Fardunji Mulla 23rd Edition “all property inherited by a male Hindu from his father, father’s father or father’s father father, is ancestral property.”

“father of a Joint Hindu Family governed by Mitakshara law has full and uncontrolled powers of disposition over his self-acquired immovable property and his male issue could not interfere with these rights in any way. The Supreme Court while examining the question as to what kind of interest a son would take in the self- acquired property of his father which he receives by gift or testamentary bequest from him, it was held that Mitakshara father has absolute right of disposition over his self-acquired property to which no exception can be taken by his male descendants. It was held that it was not possible to hold that such property bequeathed or gifted to a son must necessarily rank as ancestral property.

“…a property gifted by a father to his son could not become ancestral property in the hands of the donee simply by reason of the fact that the donee got it from his father or ancestor.”

In the instant case, it was evident that respondent 4 did not get the disputed property as his share on the partition as claimed by petitioners. The property was acquired on transfer by his father who had originally acquired it.

The above facts make the property self-acquired of late Hari Prasad Sharma and thereafter, of respondent 4 consequently not ancestral property of petitioners.

Hence, respondent 4 has the right to deal and dispose of the property as he desires.

Section 58 (a) of the Transfer of Property Act, 1882 states that a mortgage is the transfer of an interest in specific immovable property for the purpose of securing the payment of money advanced or to be advanced by way of loan, an existing or future debt, or the performance of an engagement which may give rise to a pecuniary liability.

Concluding the matter, Bench held that petitioners, sons of respondent 4 could not have any right to stop him in dealing with his self-acquired property in the manner he chose. Mortgage on the property does not create rights in favour of respondent 1.

None appears for respondents 4 and 5. 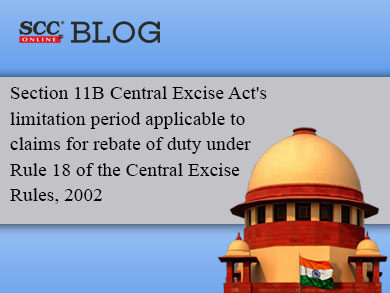