Supreme Court: The 3-judge bench of NV Ramana, CJ and Surya Kant* and Hima Kohli, JJ has explained the principles governing cancellation of bail and has held that it is necessary that ‘cogent and overwhelming reasons’ are present for the cancellation of bail.

“Conventionally, there can be supervening circumstances which may develop post the grant of bail and are non-conducive to fair trial, making it necessary to cancel the bail.”

Principles governing the cancellation of bail

“Rejection of bail in a non¬bailable case at the initial stage and the cancellation of bail so granted, have to be considered and dealt with on different basis. Very cogent and overwhelming circumstances are necessary for an order directing the cancellation of the bail, already granted. Generally speaking, the grounds for cancellation of bail, broadly (illustrative and not exhaustive) are: interference or attempt to interfere with the due course of administration of Justice or evasion or attempt to evade the due course of justice or abuse of the concession granted to the accused in any manner. The satisfaction of the court, on the basis of material placed on the record of the possibility of the accused absconding is yet another reason justifying the cancellation of bail. However, bail once granted should not be cancelled in a mechanical manner without considering whether any supervening circumstances have rendered it no longer conducive to a fair trial to allow the accused to retain his freedom by enjoying the concession of bail during the trial.”

Adding to the abovementioned position, the Court, in the present case, said that

“… bail can also be revoked where the court has considered irrelevant factors or has ignored relevant material available on record which renders the order granting bail legally untenable. The gravity of the offence, conduct of the accused and societal impact of an undue indulgence by Court when the investigation is at the threshold, are also amongst a few situations, where a Superior Court can interfere in an order of bail to prevent the miscarriage of justice and to bolster the administration of criminal justice system.”

The Court was hearing the case wherein the mother-in-law of the deceased was charged under Sections 304B, 302 read with 120B fter the deceased’s father alleged that, just two months into her marriage with the accused, his daughter died an unnatural death in suspicious circumstances . In these twi months, the accused family members harassed and physically tortured the deceased on the pretext of dowry demands.

After two failed failed attempts of seeking anticipatory bail, the mother-in-law went on a run and was declared an absconder. She continued to evade arrest until Supreme Court granted bail to her younger son i.e. deceased’s brother-in-law.

Taking advantage of this subsequent event and presenting the same as a material change in  circumstance, she filed two petitions before the High Court, seeking quashing of the order that declared her a ‘proclaimed offender’ and further sought the relief of anticipatory bail on the ground of parity.

The Supreme Court noticed that

“… the High   Court   seems   to   have   been primarily swayed by the fact that the Respondent-Accused was ‘co-operating’ with investigation. This is, however, contrary to the record as the Respondent¬Accused remained absconding for more than two years after being declared a proclaimed offender on 23.04.2018. She chose to join investigation only after securing interim bail from the High Court. She kept on hiding from the Investigating Agency as well as Magistrate’s Court till she got protection against arrest from the High Court in the 2nd round of bail proceedings.”

The Court held that even if there was any procedural irregularity in declaring the Respondent-Accused   as an absconder, that by itself was not a justifiable ground to grant pre-arrest bail in a case of grave offence save where the High Court on perusal of case-diary and other material on record is, prima facie, satisfied that it is a case of false or overexaggerated accusation. Such being not the case here, the High Court went on a wrong premise in granting anticipatory bail to the Respondent-Accused.

On ground of parity with the deceased’s brother in law

“The conduct of the Respondent¬Accused in absconding for more than two years without any justifiable reason should have weighed in mind while granting her any discretionary relief. These facts put her on a starkly different pedestal than the co0accused with whom she seeks parity.”

“The offence alleged in the instant case is heinous and protrudes our medieval social   structure which   still wails for reforms despite multiple efforts made by Legislation and Judiciary.”

The Court noticed that it has to be borne in mind that the deceased met with a tragic end within three   months of her marriage and a young life came to an abrupt end befor realizing any of her dreams which were grimly shattered.   She having died an unnatural death in her matrimonial home, the Investigating Agency, deserves a free hand to investigate the role of the Respondent-Mother-in-law, if any, in the unnatural and untimely death of her daughter in-law.

Compounding of offence under S. 24-A of SEBI Act: SC declares SEBI’s consent not mandatory but high deference to its view must be shown before ultimate decision 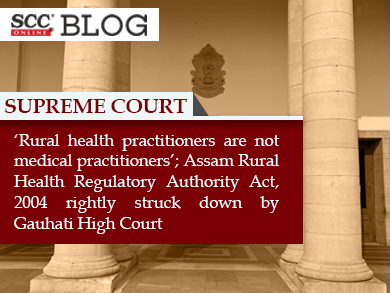