Customs, Excise and Services Tax Appellate Tribunal (CESTAT): The Division Coram of Sulekha Beevi C.S. (Judicial Member) and P. Anjani Kumar (Technical Member) partly allowed an appeal which was filed assailing an impugned order by which the appellant customs broker’s licence was revoked on the grounds of contravention of Regulations 10(b), 10(d) and (10)(n) of the Customs Brokers Licensing Regulations, 2018; security deposit was forfeited and penalty was also imposed.

Appellant had filed a Shipping Bill on behalf of the exporter i.e. M/s. Syed Holdings for the purported export of glass bangles to Malaysia; examination of the consignment, on receipt of a specific intelligence, 105 kg of Ephedrine concealed in polyethylenebag/s was found concealed in the consignment; on conclusion of the investigation, the appellant’s customs broker license was suspended and vide the impugned order the same was revoked.

Counsel for the appellant, submitted that one Shri Shabie Mohammed handled the documents on their behalf who was working with the firm for seven years and left in February2017 and joined back in 2019; he handled the documents; his H-Card has expired and remained to be re-issued ; the appellants have obtained all necessary KYC documents and the documents were not proved to be fictitious and the exporter was existing at the address mentioned therein. It was further submitted that it was wrongly concluded by them that there is negligence on the appellant’s part; however, this cannot be a basis to stop the appellant’s business permanently; revocation of licence was an extreme step and a harsh punishment; circumstances of the case do not warrant such a severe punishment.

The Tribunal found that it was a case of misdeclaration of an export consignment. Examination conducted on receipt of intelligence by department revealed that 105 kg of Ephedrine, a narcotic substance was concealed in the consignment. Keeping apart the omissions and commissions of the exporter in the smuggling, we are concerned with the role of the CHA is to be examined in this case.

The Tribunal was of the opinion that there was a strong case that the appellant Customs Broker had no previous knowledge of the concealment; the role of the appellant-customs broker is to be examined in this background. The only mistake or negligence on the part of the appellant-customs broker appears to be permitting an ex-employee whose H-Card has expired to file documents on their behalf. This Tribunal and various High Courts have held that revocation of licence entails in loss of livelihood for not only the customs broker but also the families depend on them and recourse to revocation should be taken in extreme circumstances only and not in respect of violations for which there are other provisions to deal with them. The Tribunal finally held that in the present circumstances revocation of licence was an extremely harsh step. However, the act of the appellant in allowing an ex-employee and that too without a valid G-Card, was a clear violation of the Customs Brokers Regulations further finding that it would suffice if the penalty and forfeiture of security deposit are upheld to meet the ends of justice.

The appeal was partly allowed by setting aside the revocation and upholding the penalty imposed and forfeiture of security deposit.[Freight Bridge International v. Principal Commr. Of Customs, 2021 SCC OnLine CESTAT 2600, decided on 29-09-2021]

Del HC | Computer-generated ledger statement inadmissible in evidence for proving liability under S.138 NI Act, if not accompanied by certificate under S.65-B of Evidence Act

Raj HC | In absence of any factual foundation to show whether a particular entity is State or not, writ jurisdiction not maintainable 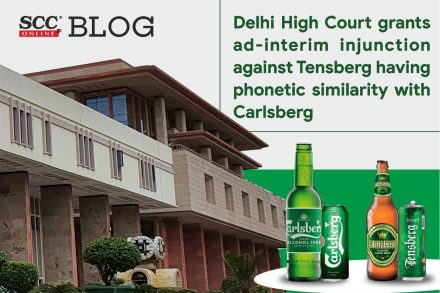