The sixth session of the 17th Lok Sabha came to an end two days ahead of the scheduled conclusion. Amidst the uproar and ruckus in the both Houses, the Lok Sabha could pass 17 Bills and Rajya Sabha passed 21 Bills. Beside the preparedness of the Government on the legislative transactions, all the members of Parliament and staffs were vaccinated to enable the smooth and safe conduct of the proceedings of the House. With all the arrangements in place, the continuous stalemates in the House have shaken the confidence of the people in the worthiness of the Parliament as deliberative chambers. Also, the disruptions have potentially caused a heavy dent in the public exchequer. Does the functioning of the Lok Sabha precondition upon the cooperation of the members in all situations? Or does the Speaker empowered to take punitive/corrective measures to inculcate discipline amongst the members? The write up attempts to answer the question by revisiting the power of the Speaker under the Constitution. Considering the colonial legacy of the office of the Speaker, the paper travels back in history to examine the position in the United Kingdom. The archival reference will help in delineating the power and function of the Speaker in India wherever there is a lack of clarity. Finally, it argues that the constitutional design disapproves stalemates and entrusts the responsibility upon Speaker to undertake the necessary measures needed to strengthen the faith of the people in Parliament.

Evolution of the office of Speaker

The understanding of the institution of Speaker owes its origin to the development of Speakership in Britain.[1] In the early days, the role of the Speaker in the British Parliament was that of an agent to the Crown. The Speaker served as an interface between the Parliament and the Crown. The Speaker’s role got redefined when the nature of the Parliament changed from that of an appointed body to an elected representative. By the mid-nineteenth century, it was the norm that the Speaker should be above party politics.[2] The office of the speaker in Britain underwent further changes to ensure the neutrality of the office. The Speaker of the House of Commons is required to stay away from political activities of her party on being elected to office and withdrawing from active politics after the end of her tenure.[3] The chief features of the Westminster speaker are impartiality and authority. Although elected under a political party label and functioning as an elected member of Parliament representing the interests of constituents, the speaker is expected to operate with complete impartiality.

Several Acts passed by the British Parliament during the pre-Independence years had decisive influence over the evolution of the office of the speaker.[4] Initially, the Governor-General was presiding the Legislative Council. In 1921, Sir Frederick Whyte, a former member of the British House of Commons was nominated as the First President of the Central Legislative Assembly by the Governor-General.[5] The first Indian to preside over the Central Legislative Assembly was Shri Vithalbhai Patel in 1925. Though the title of Speaker came in only with the gaining of independence, the institution of the Presiding Officer is thus fairly older, dating back to 1921.[6]

Speaker under the Constitution of India

Like the British counterpart, the office of the Speaker comes with great importance and prestige. He represents the House of the People and is the custodian of its dignity and authority. Probably the first thing after the oath of elected members which a new Parliament has to do is to elect a speaker. Lok Sabha is presided over by the Speaker of the House which members select among themselves.[7] Once appointed, he can be removed only by a resolution of the House passed by the majority of all the members of the House which applies to high constitutional offices viz. President, Vice-President, and the Judges of the Supreme Court.[8] She is also exempted from proceedings in any court of law with respect to any matter connected with her office[9]

The Speaker draws power from the Constitution, rules of procedure, and conduct of business in Lok Sabha[11] and parliamentary conventions. The Speaker decides the permissibility of different motions such as adjournment motions and motions for short duration discussions decide upon by the Business Advisory Committee.[12] He assists members in holding the executive accountable. To maintain decorum in the House, the Speaker takes on the role of a disciplinarian with the power to suspend the members,[13] expunge the unparliamentary remarks[14], to adjourn the House[15]. The Speaker also performs a quasi-judicial role while hearing the matters of defection.[16] Though neutrality is the essence of the functioning of the office, the Speaker casts vote only in case of equality of votes.[17]

Additionally, a member of Parliament swears upon the oath that “I will faithfully discharge the duty upon which I am about to enter.”[18] The duty of parliamentarians is not codified under the Constitution. It is a matter of fact that the members are bestowed with a solemn duty to engage in discussion in the House and create an environment of accountability of the executive. The onus lies on the Speaker to enable the members to discharge the duty as envisaged in the Constitution.

In the last few decades, the judiciary emerges as the main institution to hold the executive accountable for its action or omission. No denial that the intervention by the judiciary has made a phenomenal impact in disciplining the executive. But the judicial process gets attracted only in a situation of the violation of the rights and the breach of the constitutional limits. Conversely, the sessions of the House present the platform to the parliamentarians to seek an explanation from the Government about its action or omission which apparently may not be unconstitutional.

Though the legislative transactions have taken place in the Parliament, the lack of debate on the passed Bills has deprived the countrymen to know the perspectives of different political parties. Also, as a law student, we are aware of the significance of the parliamentary debates in clarifying any ambiguity in the provisions of a law. The discourse and debate in the House not only reflect the connectedness of the parliamentarians with the electorates but also the accountability of the executive towards the legislature. Disruptions per se may not be impermissible considering the strength of the treasury benches. If disruptions become the order of the House, then the custodian of the Lok Sabha needs to invoke the necessary powers to restore the sanctity of the Parliament. It appears that the Speaker has been enveloped with requisite powers to run the session of the Parliament and any evasion to not to exercise the power strikes at the root of constitutional democracy. The Speaker is expected to assert all the power at her disposal and not to limit only to counsel the treasury and opposition benches to cooperate for the functioning of the House. Considering the amenities enjoyed by the members during the session of the House, it is incumbent upon the Speaker to ensure meaningful legislative transactions or to disallowance of the perks and perquisites to the parliamentarians. Continuous stalemate does not only display the failure of the parliamentary tradition but also dilutes the constitutional significance of the office of Speaker.

[18] Third Schedule of the Constitution of India. 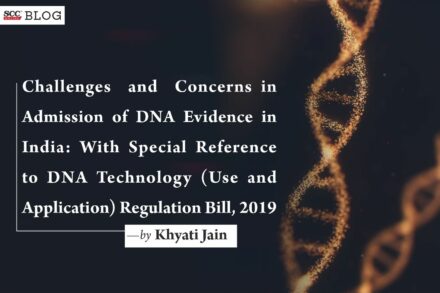 Challenges and Concerns in Admission of DNA Evidence in India: With Special Reference to DNA Technology (Use and Application) Regulation Bill, 2019 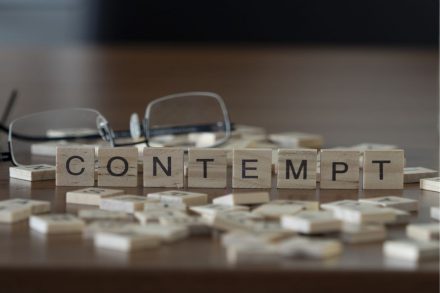 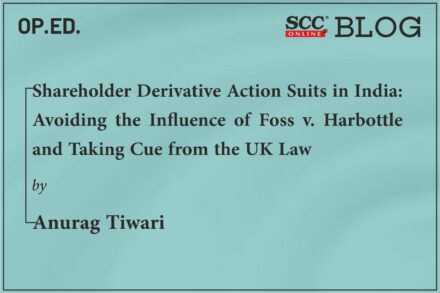 Shareholder Derivative Action Suits in India: Avoiding the Influence of Foss v. Harbottle and Taking Cue from the UK Law