Supreme Court: The bench of R. Subhash Reddy and Hrishikesh Roy*, JJ has held that retrospective seniority cannot be claimed from a date when an employee is not even borne in service.

Noticing that the respondent entered service only on 10.2.1996, the Court made clear that,

“The jurisprudence in the field of service law would advise us that retrospective seniority cannot be claimed from a date when an employee is not even borne in service. It is also necessary to bear in mind that retrospective seniority unless directed by court or expressly provided by the applicable Rules, should not be allowed, as in so doing, others who had earlier entered service, will be impacted.”

Stating that the respondent was claiming seniority benefit for 10 years without working for a single day during that period, the Court held that precedence was being claimed over other regular employees who had entered service between 1985 to 1996.

It was, hence, held,

“In this situation, the seniority balance cannot be tilted against those who entered service much before the respondent. Seniority benefit can accrue only after a person joins service and to say that benefits can be earned retrospectively would be erroneous.”

“The late comers to the regular stream cannot steal a march over the early arrivals in the regular queue. On principle the appellant cannot therefore succeed. What is more in matters of seniority the Court does not exercise jurisdiction akin to appellate jurisdiction against the determination by the competent authority, so long as the competent authority has acted bona fide and acted on principles of fairness and fair play. In a matter where there is no rule or regulation governing the situation or where there is one, but is not violated, the Court will not overturn the determination unless it would be unfair not to do so…”

“… retrospective seniority cannot be granted to an employee from a date when the employee was not borne on a cadre. Seniority amongst members of the same grade has to be counted from the date of initial entry into the grade.”

Non-Applicant does not have a locus-standi to challenge appointment of Junior Assistants for being a stranger; Madras High Court rejects petition 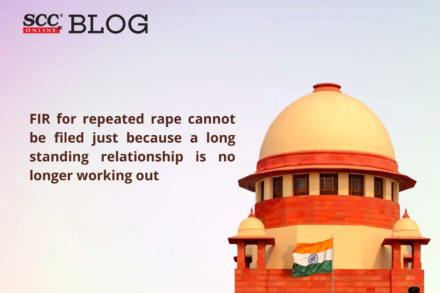 Ori HC | Where disputed questions of facts are involved, a petition under Art. 226 of Constitution is not a proper remedy; Leading of evidence and examination and cross-examination of witnesses required