Supreme Court: The Division Bench of Ajay Rastogi and Abhay S. Oka, JJ., while noting the mitigating factors and circumstances in which a crime had been committed, reduced the quantum of sentence for a conviction under Section 307  Penal Code, 1860.

Appellant approached the Supreme Court on being dissatisfied by the Bombay High Court’s decision upholding the conviction of the appellant for the offence under Section 307 Penal Code, 1860.

Prosecutions’ case was that the complainant lodged an oral report contending that Chintaman Dange was his maternal uncle and very active in social work. Previously the appellant and Chintaman Dange had a quarrel because of unlawful construction.

Appellant had stabbed on the stomach of Chintaman Dange with the intent to kill him.

After framing of charge, appellant faced the trial.

Injured victim came forward with the request that, as the families have settled their disputes and almost half of the sentence has been undergone by the appellant, it may be considered to be sufficient in due compliance of the judgment impugned upholding conviction under Section 307 IPC.

It was noted by the Court that the joint affidavit by parties made it clear that on the advice of elders, they had entered into an amicable settlement.

Appellant apologized for his fault and had taken responsibility for his action and had maturely sought forgiveness from the victim. Further, the victim also voluntarily accepted the apology while considering the age of the appellant at the time of the incident and had forgiven him.

Court cited the decision of Murali v. State, (2021) 1 SCC 726, wherein the parties decided to forgive their past and live amicably, this Court had come to their rescue by interfering in the quantum of sentence which obviously was not compoundable under Section 320 CrPC but had interfered since there was no minimum sentence prescribed.

Supreme Court opined that the present matter is a fit case to take a sympathetic view and reconsider the quantum of sentence awarded to the appellant.

Bench stated that the joint affidavit inspired confidence that the apology as tendered by the appellant had voluntarily been accepted given the efflux of time and was not a result of any coercion or inducement.

Considering that the parties are residing in the same village and are peacefully residing after the uncalled for incident had taken place, in Court’s view, this appeared to be a fit case for reduction of sentence.

Hence, the Court reduced the quantum of sentence imposed on the appellant from 10 to 5 years.

Premature release of convicts who have undergone imprisonment of more than 14 yrs, and less than 14 yrs: With whom lies the power? SC discusses 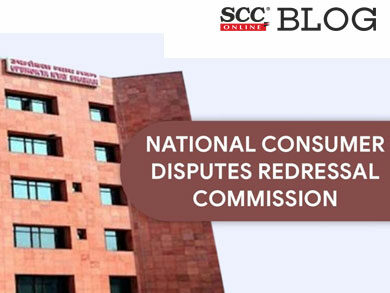 Read how a complainant’s acts and omissions vis-a-vis a JCB machine’s accident, led the NCDRC to draw an adverse inference in favour of the Insurer