Delhi High Court: Prathiba M. Singh, J., while reiterating that there is no absolute bar on legal practitioners representing Management before Labour Courts, observed that:

Judicial decisions on the question of consent, including implied consent, have primarily turned on the facts of each case.

Instant petition challenged the order by which Counsel for the Petitioner-Management was not permitted to represent his client before the Industrial Tribunal.

Counsel for Petitioner-Management submitted that the impugned order was completely contrary to the prevailing law on the issue inasmuch as Advocates are permitted to represent the management, so long as there was no objection by the workman or the litigation expenses were paid.

Further, the Counsel submitted that the authorized representative of the Management was appearing at the time when pleadings were being exchanged and other procedural formalities were being completed. However, when the matter reached the stage of trial, the Management thought it fit to engage the services of an Advocate for tendering evidence and conducting cross-examination. Accordingly, Counsel Sabharwal had been engaged in the matter.

Adding to the above, Counsel submitted that it is the usual practice before Labour Courts that Advocates appear and represent the management as well as the workmen.

Question for consideration is in respect of the representation of Advocates before the Labour Courts.

As per Section 36(4) of the Industrial Disputes Act, 1947, both parties i.e., the workmen and the management, are permitted to be represented by a legal practitioner with the consent of the other party and with the leave of the Court

From the judgement in Paradip Port Trust, Paradip v. Workmen, (1977) 2 SCC 339, it is clear that there is no absolute bar and if consent is given by the workmen, a lawyer can appear before the Labour Court.

Whether there was consent – implied or expressed, and whether leave ought to be granted by the Adjudicator concerned.

In the recent decision of the Supreme Court in Thyssen Krupp Industries India Private Limited v. Suresh Maruti Chougule [Civil Appeal No. 6586/2019], the clear conclusion would be that a legal practitioner can represent the management before the Labour Court, if the litigation expenses for the workman to engage the advocate are paid by the management.

“…as the matter reaches trial, it would be inapt to say that the management or the workmen would not be entitled to engage Advocates or legal practitioners to represent them, in accordance with law. If the Management wishes to be represented by a legal practitioner, the Court can consider the question of whether the workman has given consent or not, whether impliedly or otherwise. “

For the Petitioner: Vinay Sabharwal, Advocate 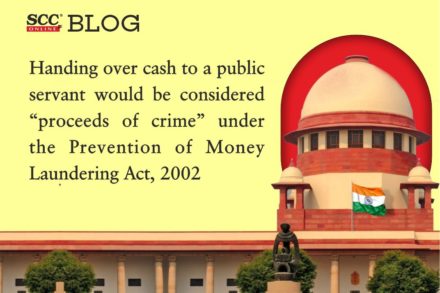