Supreme Court: A Division Bench of Sanjay Kishan Kaul and Hrishikesh Roy, JJ. has held that if the Investigating Officer does not believe that the accused will abscond or disobey summons, he/she is not required to be produced in custody. While remarking that if arrest is made routine, it can cause incalculable harm to the reputation and self-esteem of a person, the Supreme Court observed:

“The word ‘custody’ appearing in Section 170 CrPC does not contemplate either police or judicial custody but it merely connotes the presentation of the accused by the Investigating Officer before the court while filing the chargesheet.”

The appellant was sought to be roped in an FIR which was registered seven years ago. The appellant was a supplier of stones to U.P. Rajya Nirman Ltd., and was booked under Section 409 (Criminal breach of trust) and Section 120-B (Punishment for criminal conspiracy) of the Penal Code, 1860. The appellant had already joined the investigation and the chargesheet was ready to be filed. An arrest memo was issued against him. The trial court took a view that unless the person is taken into custody, the chargesheet will not be taken on record in view of Section 170 (Cases to be sent to Magistrate, when evidence is sufficient) of the Criminal Procedure Code.

The appellant had filed an anticipatory bail application before the Allahabad High Court, which was rejected. Aggrieved, the appellant approached the Supreme Court.

The short issue before the Court was whether the anticipatory bail application of the appellant ought to have been allowed.

The Supreme Court gave its imprimatur to judicial opinion in several decisions of the Delhi High Court and Gujarat High Court where it had been observed on consideration of Section 170 CrPC that it does not impose an obligation on the officer-in-charge to arrest each and every accused at the time of filing of the chargesheet.

The Court noted that it had in fact come across cases where the accused cooperated with the investigation throughout and yet on the chargesheet being filed, non-bailable warrants were issued for his production premised on the requirement that there is an obligation to arrest the accused and produce him before the court. The Court said that it failed to appreciate why there should be a compulsion of the officer to arrest the accused.

Following the dictum in Joginder Kumar v. State of U.P., (1994) 4 SCC 260, the Court reiterated that merely because an arrest can be made because it is lawful does not mandate that arrest must be made. A distinction must be made between the existence of the power to arrest and the justification for exercise of it. It was observed:

“We may note that personal liberty is an important aspect of our constitutional mandate. The occasion to arrest an accused during investigation arises when custodial investigation becomes necessary or it is a heinous crime or where there is a possibility of influencing the witnesses or accused may abscond.”

The Court was faced with a situation where the trial court was insisting on arrest of an accused as a pre-requisite formality to take the chargesheet on record in view of provisions of Section 170 CrPC. The Court considered such a course misplaced and contrary to the very intent of Section 170.

In the instant case, when the appellant had joined the investigation; investigation was complete, and he was roped in after seven years of registration of FIR, the Court was of the view that there was no reason why at this stage he must be arrested before chargesheet is taken on record. Accordingly, the appeal was allowed and the impugned order of the Allahabad High Court was set aside. [Siddharth v. State of U.P., 2021 SCC OnLine SC 615, decided on 16-8-2021] 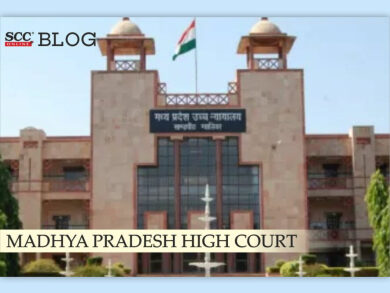 Madhya Pradesh High Court | Every Panch, Sarpanch, other village officer of any description and landholder are duty bound to immediately furnish information of illegal cultivation

Punjab & Haryana HC reduces quantum of punishment for charge under S. 366-A IPC as convict had married the prosecutrix