It may come as a surprise to many but class actions are not new to India. Sections 91 and 92[1] and Order 1 Rule 8[2] of the Code of Civil Procedure, 1908 provide an avenue to bring an action in a representative capacity against wrongdoers. In corporate jurisprudence, the law protected the rights of minority shareholders from “oppressive” acts of the majority[3]. In the Indian corporate context Parliament introduced the concept of “mismanagement” in the Companies Act, 1956[4]. Through the Companies Act, 2013[5], the Parliament introduced the remedy of “class action” in matters concerning the operations of companies. The provision on class action was notified in 2016 but the Rules of the National Company Law Tribunal prescribed the threshold limit enabling the invocation of the remedies only as late as May 2019. Despite thriving corporate litigation, in the past 2 years we have not witnessed the use of this provision.

Obstacle course for the oppressed

A Standing Committee on Finance (2011-2012) which scrutinised the Companies Bill, 2011[6] made specific reference to introduction of class action and its impact has been discussed. It was brought to the notice of the Standing Committee that class action was a poor substitute for the well-established derivative action in a country like India and specific provision should be made for codification of derivative action. The Committee rejected it by stating that new concepts ought not to be introduced hurriedly as these are evolving concepts. The Committee obviously overlooked the fact that Indian courts had recognised the exceptions to the rule in Foss v. Harbottle[7] for a long time now. The exceptions were summarised in N.V.R. Nagappa Chettiar v. Madras Race Club[8] more than 7 decades ago.

The Committee wrongly concluded that the concept of derivative action was a new concept and recommended the adoption of class action which was enacted in Section 245[12] of the Companies Act, 2013. Along with this, the law as it stands now effectively ousted the jurisdiction of civil courts from entertaining any suit or proceeding in respect of which the Tribunal would have power to determine. By introducing such a section[13], much confusion has arisen about the jurisdiction of civil courts to deal with “derivative actions”[14]. As a consequence, plaintiffs will have to now cross a jurisdictional hurdle before getting courts to appreciate the substance of the complaint in a derivative action. This will necessarily increase costs and delay the hearing of the cases on their merits and more importantly, place needless obstacles in the path of genuine complaints against wrongs by those in control of a company.

So, in practice, what remedy does the minority shareholders have in the case of a wrongdoing by the majority. It will require a minority shareholder to seek out and collect and create an association of similarly placed persons to satisfy the requirements of the section. That is a very difficult task. Unless the company in question is a closely held small group of shareholders, it is very difficult for a larger group of unknown persons distributed widely to form a cohesive group to petition the Tribunal[15].

Even if the minority shareholder(s)/depositor(s) were to get over the initial difficulties of organising themselves into an organised group, the provisions as they stand creates numerous obstacles by use of very vague and ambiguous terms. The Tribunal is called upon to take into account[16] the various subjective factors before admitting a petition before it. By using language such as “good faith”, testing whether the cause is personal or ruling out availability of alternate remedies, the section imposes onerous conditions for the class to jump over. One cannot expect the wrongdoers against whom complaints are made to simply roll over and accept their faults. They are bound to raise issues of lack of “good faith” and/or that the petition being one espousing a personal cause, etc. The Tribunal would then have to apply its judicial discretion to determine whether the petition can be admitted or not.

Class action versus relief for oppression

If one compares the provisions relating to class action with those concerning grant of relief in case of oppression, once the shareholder meets the criteria fixed by the law in terms of percentage shareholding or numbers to petition the Tribunal complaining of acts of oppression, the Tribunal gets to determine if such acts are oppressive or not. What constitutes oppression of course has been left to the Tribunal to determine on the facts and circumstances of each case and based on numerous judicial pronouncements. It is now well-settled law that even perfectly legal acts by a majority can be viewed as being oppressive and illegal acts need not necessarily be termed as oppressive. Law also provides for the Tribunal to waive the minimum requirements to invoke the relief against acts of oppression[17].

Unless the law empowers the minority to seek remedy, class action will remain as a dead letter in the statute books. The protection provided to the purported wrongdoers seem to have weighed greater in the minds of the lawmakers rather than to protect the interest of the small investors who invest in ventures, with the fond hope of getting returns on them. The dissent notes of one of the members of the Standing Committee that scrutinised the Companies Bill, 2011 highlights this aspect. A company against whom a complaint is made has all the resources to defend its actions. It fights its investors with the money they have invested. The company and those in control of it have access to all the information, which the small investors have to struggle to get. If the Tribunal finds a complaint frivolous, law enables the imposition of costs up to Rs 1 lakh. If needed, this can be even increased. But, to ask the small investors to go through an obstacle race, would only hurt the rule of law in the long run. There have been studies conducted in African countries[18], that suggest that better minority rights protection in corporate bodies give rise to better governance. After all, a legal system that encourages well-run corporations to be scrutinised will inspire investor confidence and thus provides a stable economy for the country as well. Killing derivative action and denying access to civil courts could be claimed to be streamlining corporate litigation but what it has done is take away a well-established right of minority shareholders and emboldened controlling shareholders of companies.

[16](a)  whether the member or depositor is acting in good faith in making the application for seeking an order;

(b)    any evidence before it as to the involvement of any person other than directors or officers of the company on any of the matters provided in cls. (a) to (f) of sub-s. (1);

(c)      whether the cause of action is one which the member or depositor could pursue in his own right rather than through an order under this section;

(d)     any evidence before it as to the views of the members or depositors of the company who have no personal interest, direct or indirect, in the matter being proceeded under this section;

(f)      where the cause of action is an act or omission that has already occurred, whether the act or omission could be, and in the circumstances would be likely to be, ratified by the company. <http://www.scconline.com/DocumentLink/f92Y78q0>. 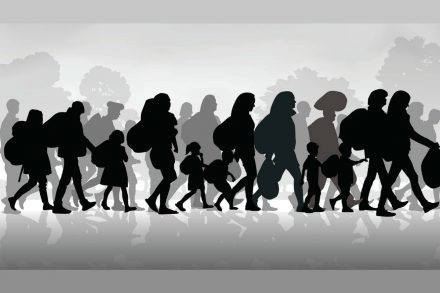 Interpretation of first referral point in Assam Accord case* 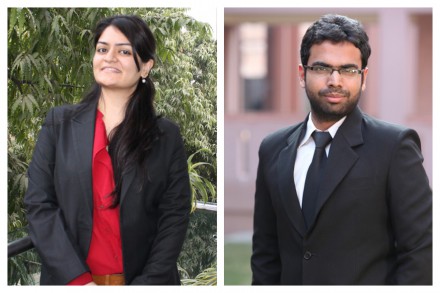 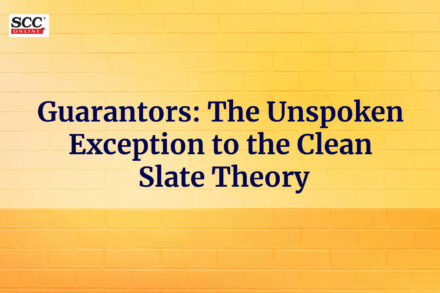 Guarantors: The Unspoken Exception to the Clean Slate Theory