Supreme Court: A Division Bench of Sanjay Kishan Kaul and Hemant Gupta, JJ. reiterated that a Letter of Intent merely indicates a party’s intention to enter into a contract with the other party in future. No binding relationship between the parties at this stage emerges and the totality of the circumstances have to be considered in each case.

The Court was deciding whether, in the facts of the case, the respondent−successful bidder who was awarded a tender by the appellant−South Eastern Coalfields Ltd., was liable for the execution of work by another contractor at the risk and cost of the successful bidder.

South Eastern Coalfields Ltd. (“Company”) floated a tender for certain works in June 2009. Bids were received and the respondent was the successful bidder. A Letter of Intent (“LoI”) was issued by the Company in October 2009 awarding the contract for a total work of over Rs 3.87 crore. In pursuance of the LoI, the successful bidder mobilised resources at site. On 28-10-2009, the Company issued a letter of site handover/acceptance certificate, which was to be taken as the date of commencement of the work.

Sometime in December 2009, the machinery deployed by the successful bidder suffered major breakdown and the work had to be suspended. After this, contractual relationship deteriorated and the Company alleged breach of contractual terms and rules and regulations applicable. The Company brought to successful bidder’s notice that they failed to submit the performance security deposit which was required to be submitted within 28 days from the date of receipt of LoI as per the terms of the tender.

The successful bidder filed a writ petition before the Chhattisgarh High Court seeking quashing of the termination letter as well as the recovery order. The High Court held that the Company was within their rights to cancel the award of work and forfeit the bid security. However, endeavour of the Company to recover the additional amount in award of contract to another contractor as compared to the successful bidder was held not recoverable. Aggrieved, the Company approached the Supreme Court.

The task before the Court was to decide whether there was a concluded contract between the parties, the breach of which will make the successful bidder liable for execution of work by another contractor at the risk and cost of the successful bidder. Considering the conspectus of pleas put forward by the parties, the Court was of the view that it could not be said that a concluded contract had been arrived at inter se the parties.

Perusing the terms of the LoI and what it mandated the successful bidder to do, the Court concluded that none of the mandates were fulfilled except that the successful bidder mobilised the equipment at site, handing over of the site and the date of commencement of work was fixed vide letter dated 28-10-2009. The successful bidder neither submitted the Performance Security Deposit nor signed the Integrity Pact as required. Consequently, the work order was also not issued nor was the contract executed.

The Court stated that the issue of whether a concluded contract had been arrived at inter se the parties is in turn dependent on the terms and conditions of the NIT, the LoI and conduct of the parties. It reiterated the proposition that an LoI merely indicates a party’s intention to enter into a contract with the other party in future. No binding relationship between the parties at this stage emerges and the totality of the circumstances have to be considered in each case. The Court further observed:

“It is no doubt possible to construe a letter of intent as a binding contract if such an intention is evident from its terms. But then the intention to do so must be clear and unambiguous as it takes a deviation from how normally a letter of intent has to be understood.“

Turning then to the NIT, the Court noted that Clause 29.2 clearly stipulated that the notification of award will constitute the formation of the contract “subject only” to furnishing of the Performance Security/Security Deposit. Thus, it was clearly put as a pre-condition and that too to be done within 28 days following notification of the award. The failure of the successful bidder to comply with the requirement “shall constitute sufficient ground for cancellation of the award work and forfeiture of the bid security” as per Clause 30.2. Further, in terms of Clause 34 dealing with the Integrity Pact, the failure to submit the same would make the tender bid “as not substantially responsive and may be rejected.”

Holding that there was no concluded contract inter se the parties, the Supreme Court affirmed the High Court’s decision that all that the Company can do in the instant case is to forfeit the bid security amount and it was so directed. [South Eastern Coalfields Ltd. v. S. Kumar’s Associates AKM (JV), 2021 SCC OnLine SC 486, decided on 23-7-2021] 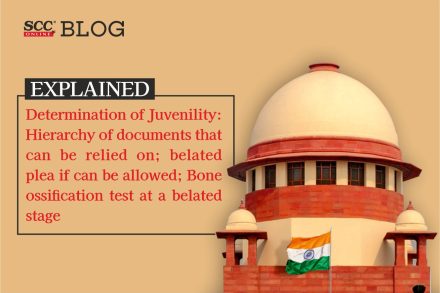 By Prachi Bhardwaj Published on September 13, 2022