Supreme Court: The Bench of Uday Umesh Lalit, Hemant Gupta and S. Ravindra Bhat, JJ., while giving major relief to homebuyers, held that rights of purchasers are the same as that of original allottees.

Appellant (builder) was aggrieved by the order of the National Consumer Disputes Redressal Commission (NCDRC).

Respondent (Purchaser) sought a direction against the builder, for a refund of the consideration amount of Rs 1,93,70, 883 received by the latter as consideration for the sale of a flat along with interest from the date different instalments were paid as well as compensation and costs.

As per the allotment letter, the possession of the flat was to be handed over within 36 months. The original allottee made payment to the tune of ₹1,55,89,329/-, for the first seven instalments as demanded by the builder.

After noticing the slow pace of construction, the original allottee decided to sell the flat. The purchaser who was in search of a residential flat was approached by her through a broker. He was assured that the possession of the flat would be delivered on time, and he agreed to purchase the flat and paid an amount of 1,00,000/- as advance towards the total sale consideration of ₹1,55,89,329/.

Further, it was submitted that the purchaser alleged that possession was not delivered in October, 2015 as promised (in the allotment letter).

Purchaser decided to wait for the possession and not to make any payment towards the sale; however, the original allottee insisted upon the execution of an agreement to sell and demanded payment of instalments, which she had made to the builder, stating that she could not wait for any further and she would forfeit the earnest money and cancel the deal.

The purchaser alleged that he made enquiries from the officials of the builder, who assured that the possession would be delivered by June 2016. Therefore, the purchaser, on 17.02.2016, entered into an agreement of sale with the original allottee, and paid an amount of ₹1,85,00,000/-.

Later, original allottee requested the builder to transfer the flat in favor of the respondent. Purchaser visited the site to acquaint himself with the extent of construction but he was denied entry by the builder’s employees citing security reasons and was informed that the possession would be delivered shortly.

But till the end of the year 2017, possession of the said flat was not delivered.

In view of the above-stated facts, the purchaser sought a refund of the amount, but was in vain. Purchaser expressed his shock on receiving the demand letter for the 11th instalment. But on refusal for the same, builder’s officials threatened the purchaser of cancellation and forfeiture of the amounts paid.

Hence, the appellant had approached the NCDRC for a direction to the builder to refund the entire amount with interest at the rate of 24%.

“…we direct the Developer to refund the amount deposited with the developer.”

Bench noted that the builder’s principal argument was that the rights of a purchaser were not the same as the original allottee.

Supreme Court expressed that the builder did not deny that upon issuance of the endorsement letter, the purchaser not only stepped into the shoes of the original allottee but also became entitled to receive possession of the flat.

Purchasers step into the shoes of Original Allottees

An individual such as the original allottee, enters into an agreement to purchase the flat in an ongoing project where delivery is promised.

The terms of the agreement as well as the assurance by the builder are that the flat would be made available within a time- frame.

It is commonplace that in a large number of such transactions, allottees are not able to finance the flat but seek advances and funds from banks or financial institutions, to which they mortgage the property. The mortgage pay-outs start initially after an agreed period, commencing in a span of about 15 to 24 months after the agreement. This would mean that in most cases, allottees start repaying the bank or financial institutions with instalments (mostly equated monthly instalments) towards the principal and the interest spread over a period of time, even before the flats are ready.

Bench in view of the above-stated expressed that,

“…prolongation of the project would involve serious economic repercussions upon such original allottees who are on the one hand compelled to pay instalments and, in addition, quite often -if she or he is in want of a house -also pay monthly rents. Such burdens become almost intolerable.”

Hence, allottees cannot indefinitely wait and prefer to find purchasers who might step into their shoes.

Supreme Court on perusal of the facts and circumstances of the case decided that the nature and extent of relief, to which a subsequent purchaser can be entitled to, would be fact dependent.

Adding to the above, Court elaborated that, it cannot be said that a subsequent purchaser who steps into the shoes of an original allottee of a housing project in which the builder has not honoured its commitment to deliver the flat within a stipulated time, cannot expect any – even reasonable time, for the performance of the builder’s obligation. Such a conclusion would be arbitrary, given that there may be a large number- possibly thousands of flat buyers, waiting for their promised flats or residences; they surely would be entitled to all reliefs under the Act.

Since the purchaser agreed to buy the flat with a reasonable expectation that delivery of possession would be in accordance within the bounds of the delayed timeline that he had knowledge of, at the time of purchase of the flat.

Therefore, in the event the purchaser claims refund, on an assessment that he too can (like the original allottee) no longer wait, and face intolerable burdens, the equities would have to be moulded. Hence, it would be unfair to assume that the purchaser had knowledge of the delay.

The equities, in the opinion of this court, can properly be moulded by directing refund of the principal amounts, with interest @ 9% per annum from the date the builder acquired knowledge of the transfer, or acknowledged it. 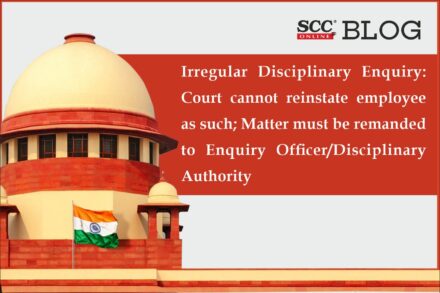