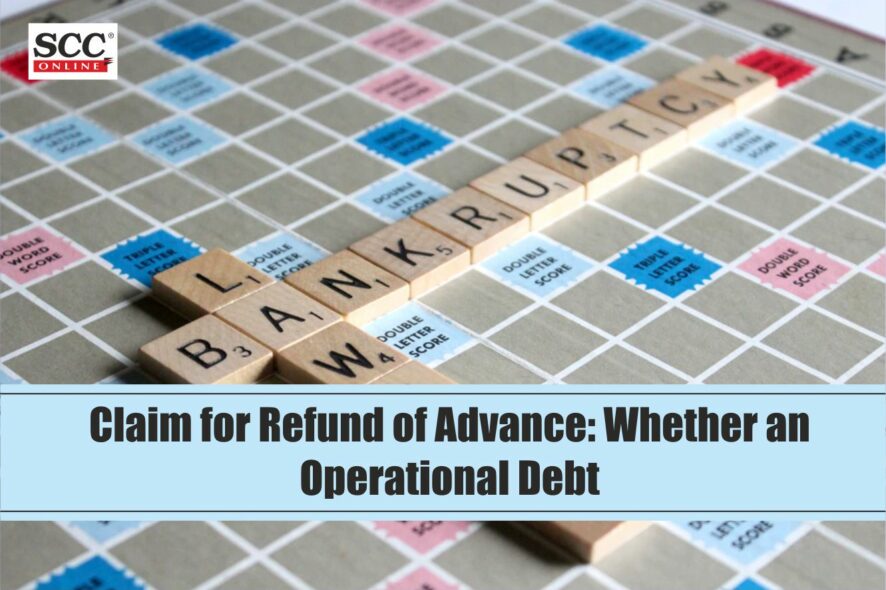 Insolvency and bankruptcy jurisprudence has undoubtedly witnessed many controversies with regard to the various facets of the Code. Notable controversies include the applicability of Section 92 application for repayment of advances lends out by the operational creditor to the corporate debtor for procuring goods which began from a decision rendered by the NCLT, Kolkata Bench in SHRM Biotechnologies (P) Ltd. v. VAB Commercial (P) Ltd.3. However, NCLT, Mumbai in Sunteck Realty Ltd. v. Goodwill Theatres (P) Ltd.4; has taken a contrary view while dealing with the issue. Other notable controversies include the subject-matter of advance does not fall under the definition of debt i.e which has also been dealt with by the National Company Law Appellate Tribunal in Daya Engg. Works (P) Ltd. v. UIC Udyog Ltd.5,  Kavita Anil Taneja v. ISMT Ltd.6, Roma Infrastructures India (P) Ltd. v. A.S. Iron & Steel (I) (P) Ltd.7, and Andal Bonumalla v. Tomato Trading LLP8.

The latest controversy that has gained considerable importance in insolvency and bankruptcy jurisprudence is the determination of advance lend out for the procurement of goods or services. Although the National Company Law Appellate Tribunal (NCLAT) has on many occasions delivered seminal judgments on this issue there still appears to be room for uncertainty, this article will study the latest position of law propounded by the Appellate Tribunal with regards to the determination of Section 9 application filed by operational creditor.

At this juncture, it is important to understand and note that the Code, does not define and/or explicitly say that the debt due by the corporate debtor should be from an actual transfer of goods or services for a claim to be recognised as an operational debt. However, any amount to be claimed as a debt need to have a direct.

While deciding the above,  NCLT, Kolkata also considered the judgment of NCLT, New Delhi in Sajive Kanwar v. AMR Infrastructure15, wherein the Tribunal discussed in detail the definition of the operational creditor.

The same issues have been adjudicated by  NCLT, Mumbai Bench in TATA  Chemicals Ltd. v. Raj Process Equipments and Systems (P) Ltd.16, wherein the Tribunal also rendered that the debt does not come within the definition of “debt” as defined under Section 5(21) of the Insolvency and Bankruptcy Code, 2016.

However, the said position was again dealt with by NCLT, Mumbai in Sunteck Realty Ltd. v. Goodwill Theatres (P) Ltd.17, wherein the Tribunal had taken a contrary view from the other Benches of the National Company Law Tribunal. In the instant case, the issue before the Tribunal was whether the advance token amount claimed could be considered an operational debt under IBC. The Tribunal while rendering its decision, applied the test of the intention of the parties. The test was to exchange goods or services for which the operational creditor has paid in advance. While dealing with the same, the Tribunal held that the refund of advance is in connection with the goods or services for repayment of dues by the corporate debtor who had accepted the payment, even though the agreement was not fructified. Therefore, the application filed by the operational creditor is admitted as the debt due is debt as defined under the Code.

Thereafter in 2019, the National Company Law Appellate Tribunal had to revisit this topic in Kavita Anil Taneja v. ISMT Ltd.18. The respondent in this case, filed an application under Section 9 of Insolvency and Bankruptcy Code, 2016 for alleging default amounting to Rs 2,10,00,000. The Adjudicating Authority (National Company Law Tribunal), Mumbai Bench taking into consideration admitted the application by the impugned order. The appellant challenged the said order and the main issue before the Tribunal was that the respondent does not come within the definition of “operational creditor”. The 2-Member Bench of the Tribunal held:

In August 2020, a 3-Member Bench of the National Company Law Appellate Tribunal had another occasion to revisit this topic in Andal Bonumalla v. Tomato Trading LLP19.  The Tribunal while deciding on this issue whether the advance amount paid by Respondent 1 to Respondent 2 for supply is an operational debt, considered the views of the Tribunal as rendered in Kavita Anil Taneja case20 and Roma Infrastructures India (P) Ltd. case21, and concluded that the advance amount paid by the respondent is not an operational debt, hence the impugned order dated 3-6-2019 was set aside.

Thereafter in 2021, another conundrum had arisen before the 2-Member Bench of the National Company Law Appellate Tribunal in Joseph Jayananda v. Navalmar (UK) Ltd.[22]. While interpreting the position, inter alia took a contrary view in respect of the same position which was decided and/or settled by the three-Member Bench of the Appellate Tribunal. In this instant case, the monies were advanced by Respondent 1 to the corporate debtor as  advance payment for work to be done in the future. Admittedly, the work was to be done in terms of the General Agency Agreement between the parties. The advance payment was made for the purpose of Turnkey projects and capital goods, but the said amount was adjusted towards cost and expense by the corporate debtor.

The Tribunal instead of applying the ratio as laid down by the three-Member Bench  Appellate Tribunal employed a different method of inquiry altogether. Although the Tribunal took into consideration a decision adjudicated by the Supreme Court in Pioneer Urban Land and Infrastructure Ltd. v. Union of India[23], that an operational debt there is no consideration for the time value of money. Rather, the Tribunal in this present case has held:

It flows from SHRM Biotechnologies (P) Ltd. v. VAB Commercial (P) Ltd.[24], that as per the NCLT’s Kolkata Bench, the advance amount given in a situation where the underlying basis of the advance amount is a contract to transfer goods or services, in these situations the advance amount given will not be treated as operational debt, because the intention of parties was to engage in an exchange of goods or services. As such, other Benches of the NCLT have a contrary view the one dealt by NCLT, Mumbai Bench in Sunteck Realty Ltd. v. Goodwill Theatres (P) Ltd.[25]

However, the same ratio has been settled by a three-Member Bench of NCLAT in Andal Bonumalla v. Tomato Trading LLP[26], but recently the issue again cropped up before a 2-Member Bench of NCLAT in Joseph Jayananda v. Navalamar (UK) Ltd.[27], which had a contrary view as regards to the advance amount given in a situation where the underlying basis of the advance amount is a contract to transfer goods or services, in this situation the advance amount given will not be treated as operational debt because the intention of parties was to engage in an exchange of goods or services.

What is interesting, however, is that one of the Members of the 2-Member Bench was also a member of the 3-Member Bench of NCLAT which has categorically held that the basis amount advanced, no Section 9 application lies where the applicant had neither supplied goods or services. There also exists another 3-Member Bench decision of NCLAT reiterating the aforesaid provision.

Going forward would be interesting to see whether NCLT/NCLAT decides to follow the 2-Member Bench decision (which appears to correct interpretation) or the contrary view taken by the 3-Member Bench.

*Advocate. Author can be reached at  rahul.poddar94@gmail.com

11 “debt” means a liability or obligation in respect of a claim which is due from any person and includes a financial debt and operational debt.

12 “operational debt” means a claim in respect of the provision of goods or services including employment or a debt in respect of the repayment of dues arising under any law for the time being in force and payable to the Central Government, any State Government or any local authority. 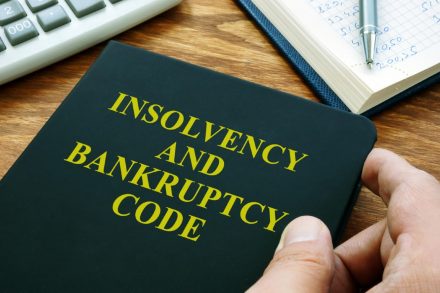 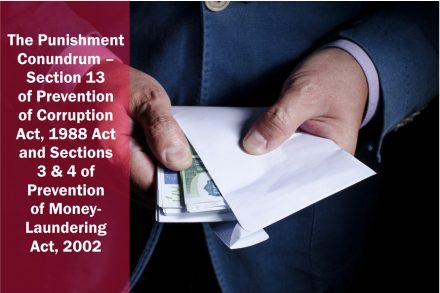 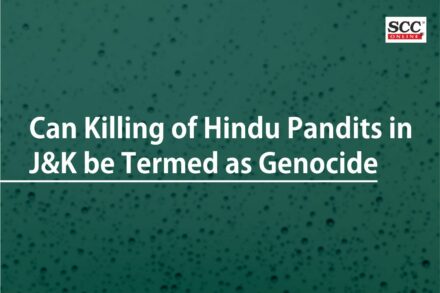