The legality of orders passed by criminal courts directing the accused to furnish voice samples for the purposes of investigation had been hanging fire for nearly a decade. The controversy was finally set at rest by a recent three-Judge Bench of the Supreme Court in Ritesh Sinha v. State of U.P.1 Invoking its plenary powers under Article 142 of the Constitution the Court, by a process of judicial interpretation, conferred jurisdiction on Magistrates to pass such orders till explicit provisions were engrafted into the Code of Criminal Procedure, 1973 (CrPC)2. While the Supreme Court was right in its final conclusion, the Court’s invocation of Article 142 of the Constitution was not really necessary as this power was clearly available in the existing law i.e. Section 54-A CrPC.

The question of whether an accused could be compelled to furnish a sample of his voice was considered by the Law Commission in its 87th Report on the Identification of Prisoners Act, 19203. The Commission noted that the voice prints were being commonly used in other jurisdictions to detect crime4. However, it opined that the law, as it stood then, did not authorise the use of force to obtain a voice sample5. The Commission also added that there “was no specific statutory provision in India which expressly gives power to a police officer or a court to require an accused person to furnish a specimen of his voice”.4 Accordingly, the Commission suggested a suitable amendment to Section 5 of the 1920 Act, so as to explicitly empower the courts to direct an accused to give a sample of his voice6.

Ritesh Sinha case1 arose out of a prosecution under Sections 417, 420, 468 read with Section 34 IPC. Ritesh Sinha and one Dhoom Singh were alleged to have hatched a scam to collect money from innocent persons promising them recruitment in the police department. Dhoom Singh was arrested and a mobile phone was seized from his custody. From the seizure, the police came into possession of a recorded conversation between Dhoom Singh and Ritesh Sinha touching upon the transaction in question. The prosecution moved the Chief Judicial Magistrate, Saharanpur for an order directing Ritesh Sinha to appear and furnish a sample of his voice for comparison with the recorded conversation. The Magistrate allowed the application, and Ritesh Sinha moved the Allahabad High Court to quash the order contending that he cannot be compelled to give a voice sample as it would violate his fundamental right under Article 20(3) of the Constitution. A learned Single Judge of the Allahabad High Court7 rejected the challenge. The matter travelled to the Supreme Court where Justice Ranjana Prakash Desai and Justice Aftab Alam, found8 themselves in disagreement with the source of power for a Magistrate to order the furnishing of a voice sample.

*The article has been published with kind permission of Eastern Book Company. Cite as (2021) 1 SCC J-73

30(2018) 18 SCC 695. It is, however, arguable that such an approach, in cases where victims are blind for instance, manifests an ableist model of disability. Where the victim is blind, it is possible that the recognition of the voice of the accused is the best and perhaps the only piece of evidence the victim can offer if he/she has not had the opportunity of touching the accused. If the principle laid down in Dola, (2018) 18 SCC 695 is applied mechanically, it would result in the evidence not getting its due weightage in the process of marshalling of evidence. It, is therefore, possible that a miscarriage of justice may arise. Hence, the previous acquaintance requirement in cases involving voice recognition ought not to operate as an absolute rule. 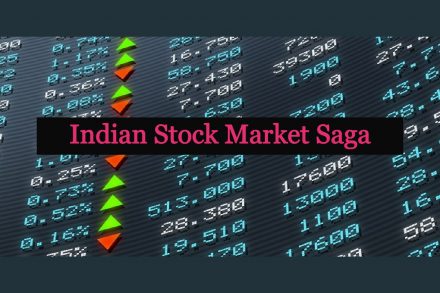 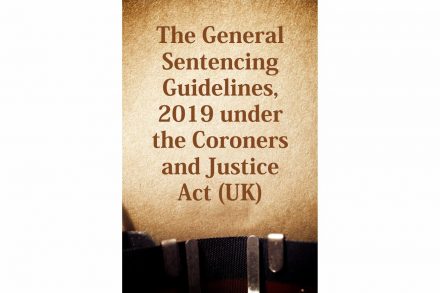 The General Sentencing Guidelines, 2019 under the Coroners and Justice Act (UK) 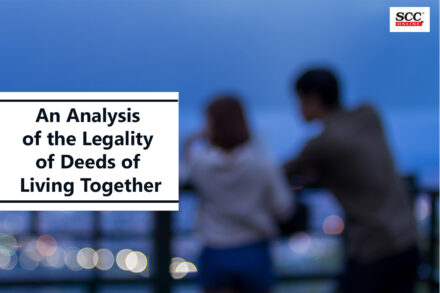 An Analysis of the Legality of Deeds of Living Together