Bombay High Court: The Division Bench of Ujjal Bhuyan and Prithviraj K. Chauhan, JJ., held that wife wishing to stay abroad with the child to maintain her status would not amount to cruelty and desertion

In the instant matter, appellant and respondent after having spent 8 years in courtship got married.

The couple is overseas citizens of Canada and Indian Citizens by birth, however, they acquired Canadian citizenship and thus had dual citizenship.

The circumstances changed for the couple when appellant started experiencing medical problems namely constant back and shoulder pain as well as skin related problems, especially during summer due to rag weed allergy resulting into sleepless nights and miserable days. To add to it, there was recession in 2010 that hit Canada due to which the appellant lost his job resulting into a financial burden upon the respondent.

In view of the above circumstances, the couple decided to permanently return to India.

It was submitted that the respondent was interested in returning back to Canada.

Further, respondent was adamant to settle in Canada for a better future, however, appellant expressed his unwillingness to shift to Canada owing to his health issues and other related reasons.

Appellant in order to show his bona fides as well as his love and affection towards the respondent had paid her CAN $ 25,000 plus Rs 1,25,000 in Indian currency to facilitate her departure to Canada. The respondent left for Canada with their son.

Later, respondent demanded money from the joint savings by accusing the appellant that he had cheated and abused her financially.

Despite all the efforts, there was no amicable settlement of their dispute and hence appellant was constrained to issue a legal notice calling upon the respondent to come and co-habit with him.

On realising that there would be no hope of any restitution, appellant sought a decree of dissolution of marriage on the ground of willful desertion by the respondent.

Family Court dismissed the petition, inter alia, observing that no case had been made out of the alleged cruelty to the appellant by the respondent-wife; rather they had happily cohabited till the child was born.

Whether appellant was subjected to cruelty by the respondent-wife to such an extent as to entitle him to a decree of divorce in view of the admitted fact that the couple had themselves decided to shift to Canada after their marriage for better prospects and admittedly acquired overseas citizenship of Canada with their free consent and will?

It is pertinent to note that the respondent had been working as a Regulatory Affairs Associate at Teva Canada Limited which appears to be a pharmaceutical company.

Bench stated that in view of the above-stated status of the respondent, it would not be justified, in any way, expecting her to return to India when she was already well settled over there.

Wish of the respondent cannot be branded as an act of selfishness or the act on her part cannot be said unjustified.

Hence, the respondent’s act could not be said to be cruelty meted out to the appellant by the deserting spouse.

Husband’s allegations: FALSE OR NOT?

Husband did not examine any witnesses to corroborate his claims that the wife’s family had threatened him to return her passport, documents and jewellery or that they demanded any money. No medical records were placed to prove that the appellant couldn’t join the respondent for health reasons.

Appellant’s evidence was quite vague, insufficient and lacking in material particulars.

Court noted that what is surprising is that had it been the intention of the respondent to sever the marital tie, she would not have allowed the appellant to meet their child, Mukund. This aspect is important as per the Bench wherein it was indicated that neither the respondent treated the appellant with cruelty nor did she desire to desert him.

Is there hope to reunite the couple?

Bench reiterated that the matrimonial tie had not reached the stage of such deterioration that was beyond repairs, especially when Mukund was still a child who could be a bond between the couple to reunite them once again.

In view of the above decision, Bench stated that it would be difficult to construe that the marriage of the parties had deteriorated to such an extent that it would be impossible to unite the couple.

Supreme Court’s decision in  Bipinchandra Jaisinghbhai Shah v. Prabhavati, AIR 1957 SC 176, was relied upon wherein the essential requisites of desertion were set out.

No case of desertion was made out in the present matter and taking into consideration of facts, circumstances and evidence on record, Bench opined that no case was made out by the appellant for seeking a decree of divorce on the ground of either cruelty or desertion. [Prakashchandra Joshi v. Kuntal Prakashchandra Joshi, 2021 SCC OnLine Bom 958, decided on 24-06-2021]

Farm Laws | “Court cannot be said to be completely powerless to grant stay of any executive action under a statutory enactment”; Supreme Court stays implementation of Farm Laws 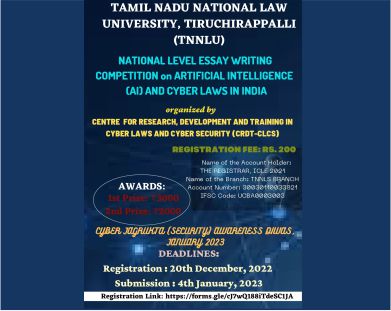