Supreme Court: The 3-judge bench of the former CJI SA Bobde and L. Nageswara Rao and S. Ravindra Bhatt, JJ had issued detailed directions to all Courts dealing with suits and execution proceedings after the troubles of the decree holder in not being able to enjoy the fruits of litigation on account of inordinate delay caused during the process of execution of decree were brought to the Court’s notice.

“Remedies provided for preventing injustice are actually being misused to cause injustice, by preventing a timely implementation of orders and execution of decrees.”

Hence, considering the urgent need to reduce delays in the execution proceedings, the Court issued the following directions:

Appointment on compassionate grounds on probation is permissible in law

“Daughters are daughters forever and sons are sons till they are married”: Bom HC orders son to vacate flat of 90 yrs old parents 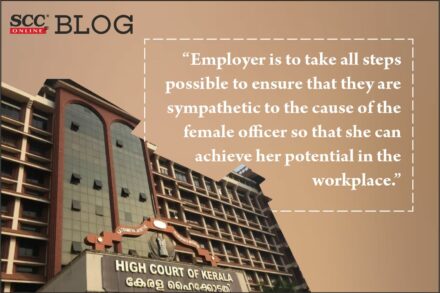 Maternity Benefits | Do employers have a responsibility to ensure that delivering and raising a child, shall not be detrimental to female officer’s career? Ker HC explains