Madras High Court: G. Ilangovan, J., expressed that a cartoonist is also bound by the law and he cannot defame anyone.

Accused, who is the petitioner in the present matter had published a cartoon on his Facebook page regarding the self-immolation incident.

In the said cartoon burning body of a baby, being watched by three people, without clothes and carrying currency notes to cover their private parts was portrayed.

Three people in the cartoon were named as District Collector, the Superintendent of Police and Chief Minister of Tamil Nadu, it was said that the cartoon was highly humiliating and defamatory.

Due to the said cartoon, Government Officers were prevented from discharging their duties, because of the false accusation.

Based on complaint, a case was registered for the offences punishable under Section 501 of Penal Code, 1860 and Section 67 of the Information and Technology Act, 2000. When the investigation was undertaken, the accused preferred this petition.

Petitioner was arrested in 2017 and was later enlarged on bail.

Where from the fundamental rights of freedom of thought and expression must begin and where must it end?

Freedom of thought and expression is subject to the limitations that have been set out in the Article 19(2) of the Constitution of India.

Just like, any other citizen, a cartoonist is also bound by the law and in the form of a cartoon, he cannot defame anyone, this is the settled position of law.

Nature of thought and expression are not boundless. Whether a particular criticism by the cartoonists was within his bounds and must be decided only in the context of the particular issue.

Words spoken, cartoon drawn if taken away from the context, it will loss its soul and life.

In the present matter, the cartoonist was trying to portray his anger, grief and criticism regarding the inability of the administration, both Executive and Police, in containing the collection of exorbitant interest by money lenders.

Collector of Thirunelveli got humiliated by the said depiction. On the face of it, if any ordinary person looks at the cartoon may encounter so many thoughts. Some may feel that it is an over exaggeration of the event. Some may feel that the Authorities are not taking proper steps and they are not interested in protecting the life of the citizens and others may thought it is highly obscene.

In view of the above-said, question for consideration was as follows:

Whether the cartoon was obscene and highly defamatory?

What the cartoonist wanted to express was his anger and the said cannot be construed as an intention to indulge on abscenity or defamation.

Court cannot teach ethicality to the people and it is for the Society to evolve and follow the ethical standards.

High Court concluded the matter while putting down the words of Benjamin Franklin:

” Without Freedom of Thought, there can be no such Thing as Wisdom; and no such Thing as public Liberty, without Freedom of Speech; which is the Right of every Man, as far as by it, he does not hurt or control the Right of another; And this is the only Check it ought to suffer, and the only Bounds it ought to know, Two centuries later it remains difficult in law to draw the outmost bounds of freedom of speech and expression, the limit beyond which the right would fall foul and can be subordinated to other democratic values and public law considerations, so as to constitute a criminal offence. The difficulty arises in ascertaining the legitimate countervailing public duty, and in proportionality and reasonableness of the restriction which criminalises written or spoken words. Further, criminalisation of speech is often demarcated and delineated by the past and recent significant events affecting the nation including explanation of their causes. “

Therefore, in Court’s opinion, continuing the investigation against the petitioner would make no purpose and no criminality was involved in the cartoon as the petitioner’s intention was not to defame the authorities but to expose the gravity of the issue involved. [Balamurugan v. State, 2021 SCC OnLine Mad 2086, decided on 19-04-2021]

For Respondents:M. Ganesan Government Advocate (Crl. Side) for R1. 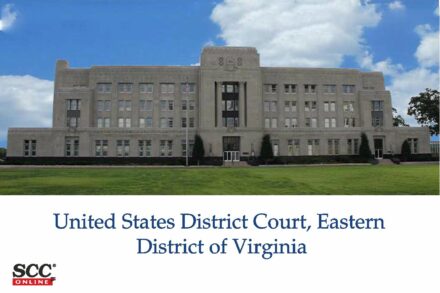 Everything you need to know on why AI Machine can’t be “Inventor”: US District Court rules AI still to reach sophistication to satisfy meaning of inventorship