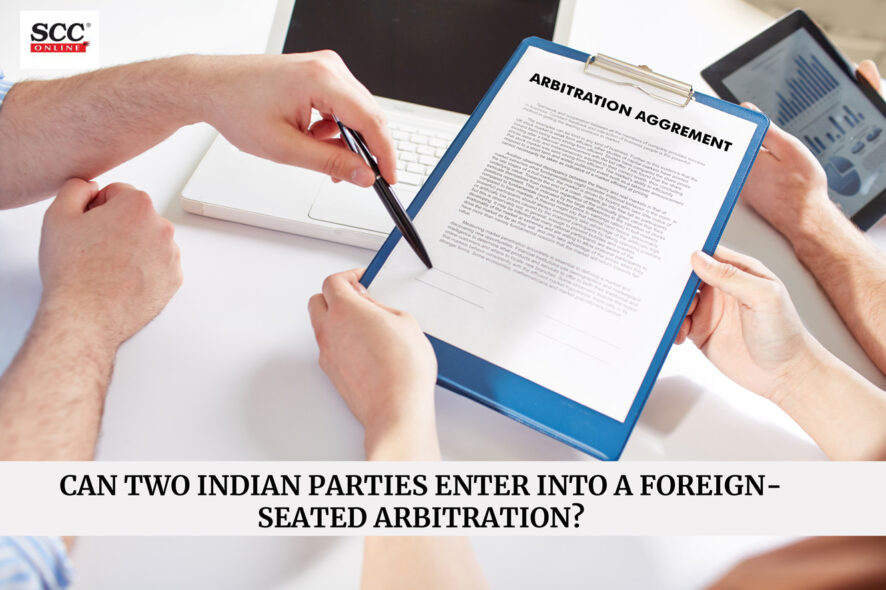 The controversy surrounding the issue of legality of two Indian parties opting out of Indian arbitration law for a foreign-seated arbitration has been put to rest by the Supreme Court of India. The Court had the occasion to deal with the divisive issue in the matter of PASL Wind Solutions (P) Ltd. v. GE Power Conversion India (P) Ltd.[1].

The issue involved is twofold: (a) whether two Indian parties are allowed to contractually opt out of the Arbitration and Conciliation Act, 1996[2] and have their disputes settled in a foreign-seated arbitration under the curial law (procedural law of arbitration) of another State; and (b) if yes, would then an award rendered in such an arbitration be considered a “foreign award” within the meaning of Section 44[3] of the Arbitration and Conciliation Act, 1996 for enforcement under Part II of the 1996 Act as a New York Convention Award. And to answer the issue, the real question is whether the phrase “foreign award” in Section 44 gains colour from the nationality of the parties or from the nationality of the juridical seat of the arbitration (or the nationality of the curial law of arbitration). To state simply, whether Section 44 is party-neutral and seat-centric or not?

It was the appellant’s contention that “foreign award” contemplated under Section 44 in Part II arise only from “international commercial arbitration” as defined in Section 2(1)(f)5 in Part I of the Arbitration Act and which section expressly requires a foreign element i.e. at least one of the parties has to be a national of a country other than India and therefore, the award passed in an arbitration b/w two Indian parties cannot be designated as a “foreign award” under Part II of the Arbitration Act. It is submitted that this argument has the effect of making the walls between Part I and Part II permeable, when in fact it has been held by Supreme Court in Bharat Aluminium Co. v. Kaiser Aluminium Technical Services Inc.6, that Part I and Part II of the 1996 Arbitration Act are mutually exclusive with no overlapping, in conformity with the territoriality principle. Placing reliance on this decision, the Supreme Court rightly held that “International commercial arbitration” defined in Section 2(1)(f) of Part I does not relate to the words “foreign award” in Section 44 under Part II. “International commercial arbitration” defined in Section 2(1)(f) means an arbitration with India as the juridical seat and with foreign element. Therefore, “international” in Section 2(1)(f) draws colour from the nationality of the parties and not from the seat which is India only.

Furthermore, a perusal of Section 537 of the Arbitration Act, modeled on the Geneva Convention on the Execution of Foreign Arbitral Awards, 1927 (the Geneva Convention), reveals that for an award to qualify as a “foreign award”, it is necessary that parties to the arbitration should be of different nationalities. However, this requirement is absent in Section 44 and in Articles I and II of the New York Convention8 which indicate that for an award to be a “foreign award” under Section 44, the parties need not be of different nationalities and they can be of same nationality. The Court found that nationality of parties is not a requirement for labelling an award as a “foreign award” under Section 44 inasmuch as “persons” mentioned in Section 44 has no reference to nationality, residence or domicile.

The appellant made one very ingenious argument that the expression “unless the context otherwise requires” used in Section 44 would necessarily import the definition of “international commercial arbitration” contained in Part I when the context requires this to be done, namely, when two Indian parties are resolving their disputes against each other in a territory outside India. To counter this, it was rightly reasoned that Section 44 is party neutral and therefore expression “unless the context otherwise requires” cannot be interpreted to undo the very basis of Section 44 by converting it from a seat-oriented provision to a person-oriented provision.

Furthermore, the appellant’s apprehension that if this is allowed, the parties can circumvent Indian laws was completely unfounded. It is unfounded as rightly held by the Court because such an eventuality will be taken care of as, (a) two Indian nationals resorting to a foreign-seated arbitration will apply the substantive law of India to disputes between them which arise from a breach of contract which takes place in India; (b) but if rules that will apply to the substance of the dispute have not been identified by the parties, the arbitrator, in accordance with the conflict of law rules of the country in which the arbitration takes place, will apply the substantive law of India as the transactions are concluded in India and contract’s breach has happened in India; (c) lastly, if on facts of a case, if it is found that two Indian nationals have circumvented a law pertaining to the fundamental policy of India, then such foreign award will not be enforced under Section 48(2)(b)10 of the Arbitration Act on grounds of violation of “public policy” of India.

In the author’s opinion, the judgment is very welcome as it has resolved a very pertinent issue in Indian arbitration law jurisprudence in conformity with the tenets and ethos of the New York Convention, 1958. The issue it answers had been dealt with differently by different High Courts in the country, making the jurisprudence on the issue nebulous. On one hand, we have the Madhya Pradesh High Court’s judgment in Sasan Power Ltd. v. North American Coal Corpn. (India) (P) Ltd.11 (Sasan I) and two decisions12 of the Delhi High Court which have followed the decision in Sasan I13. These judgments correctly hold Section 44 is a party-neutral provision and seat-centric and therefore give liberty to Indian parties to have their disputes settled in a foreign-seated arbitration.

The reason why two parties of different nationalities chose a third State as the seat is because both want a neutral forum. One could, therefore, argue there is no reason why two Indian parties should choose another State as seat and if so, the same should not be permitted. While the reasons for such an election by two Indian parties may be unfathomable, the real question is that if party autonomy is the brooding and guiding spirit of arbitration and there is no clear and undeniable harm caused to the public, then what stops two Indian nationals to avail of a challenge procedure of a foreign country, especially when the 1996 Act and the New York Convention, 1996 do not put any embargo. The act of balancing “party autonomy” and “clear and undeniable harm to the public” has undoubtedly been performed well by this judgment.

*Advocate, Delhi. GNLU, Gandhinagar, Batch of 2015. The author can be reached at  dksrivastava0511@gmail.com

[3]S. 44. Definition.— In this Chapter, unless the context otherwise requires, “foreign award” means an arbitral award on differences between persons arising out of legal relationships, whether contractual or not, considered as commercial under the law in force in India, made on or after the 11th day of October, 1960—

(a) in pursuance of an agreement in writing for arbitration to which the Convention set forth in the First Schedule applies, and

(b) in one of such territories as the Central Government, being satisfied that reciprocal provisions have been made may, by notification in the Official Gazette, declare to be territories to which the said Convention applies.

(f) “international commercial arbitration” means an arbitration relating to disputes arising out of legal relationships, whether contractual or not, considered as commercial under the law in force in India and where at least one of the parties is—

(i) an individual who is a national of, or habitually resident in, any country other than India; or

(ii) a body corporate which is incorporated in any country other than India; or

(iii) an association or a body of individuals whose central management and control is exercised in any country other than India; or

(iv) the Government of a foreign country;

7 S. 53. Interpretation.— In this Chapter “foreign award” means an arbitral award on differences relating to matters considered as commercial under the law in force in India made after the 28th day of July, 1924,—

(a) in pursuance of an agreement for arbitration to which the protocol set forth in the Second Schedule applies, and

(b) between persons of whom one is subject to the jurisdiction of some one of such powers as the Central Government, being satisfied that reciprocal provisions have been made, may, by notification in the Official Gazette, declare to be parties to the Convention set forth in the Third Schedule, and of whom the other is subject to the jurisdiction of some other of the powers aforesaid, and

(c) in one of such territories as the Central Government, being satisfied that reciprocal provisions have been made, may, by like notification, declare to be territories to which the said Convention applies,

and for the purposes of this Chapter an award shall not be deemed to be final if any proceedings for the purpose of contesting the validity of the award are pending in the country in which it was made.

9 S. 28. Rules applicable to substance of dispute.— (1) Where the place of arbitration is situate in India,— (a) in an arbitration other than an international commercial arbitration, the Arbitral Tribunal shall decide the dispute submitted to arbitration in accordance with the substantive law for the time being in force in India; 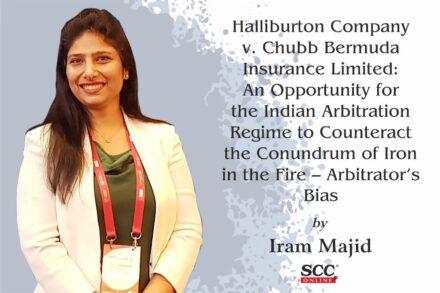 Halliburton Company v. Chubb Bermuda Insurance Limited: An opportunity for the Indian arbitration regime to counteract the conundrum of iron in the fire – Arbitrator’s Bias 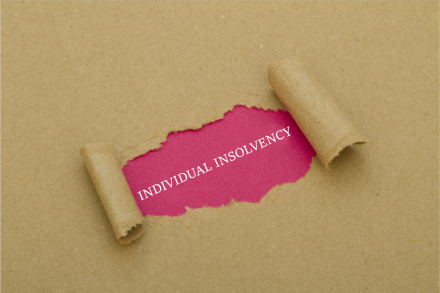 Individual Insolvency under Part 3 of IBC, 2016 – Why the provisions ought to be reviewed 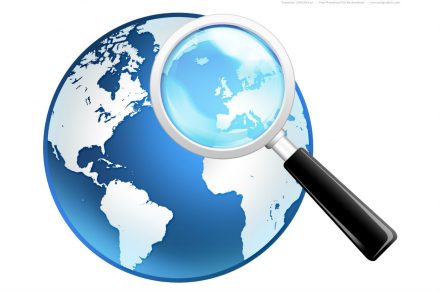 The impact of BEPS Action Plan And Finance Bill, 2018 on artificial avoidance of permanent establishment under the Income Tax Act, 1961