Calcutta High Court: The Full Bench of Rajesh Bindal, C.J. (A), I. P. Mukerji, Harish Tandon, Soumen Sen, Subrata Talukdar, JJ., took upon a series of petitions which were filed in the matter pertaining to post-poll violence in the State of West Bengal.

On the last date of hearing, the Court had requested the Advocate General to apprise the Court about any designated e-mail id to enable the aggrieved persons to lodge their complaints online. It was on the allegation of the petitioners that they were not permitted to lodge complaints in the police station and in some cases they were unable to do so as that they had to run away from their places of residence. This information could not be furnished and more time has been sought to furnish the same.

The Court in the meantime directed that if any person has suffered on account of post-poll violence, he shall be at liberty to file complaint along with the supporting documents to the National Human Rights Commission, West Bengal Human Rights Commission, National Commission for Women and National Commission for Scheduled Castes and Scheduled Tribes. The same can be either by way of hard copy or online. The aforesaid commissions in turn will forward those complaints to the Director General of Police, West Bengal immediately.

Prior environmental clearance required before commencement of actual construction of a National Highway, not at the planning stage: SC 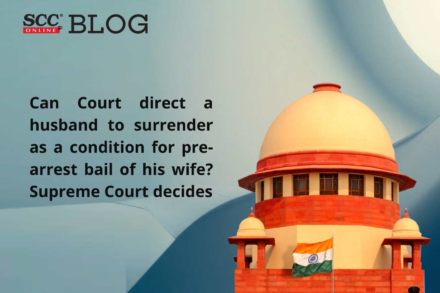 Can Court direct a husband to surrender as a condition for pre-arrest bail of his wife? Supreme Court decides