Rajasthan High Court: Dinesh Mehta, J., allowed and disposed off a writ petition which was filed aggrieved of the respondent’s action of reflecting petitioner’s name in the list of ineligible/rejected candidates.

Petitioner had acquired GNM Diploma Course and was professionally qualified for the post of Nurse Grade-II/GNM, vied pursuant to recruitment notification dated 30-05-2018, issued by the respondents for filling up 6035 posts of Non-TSP area. All other formalities of registration with the Rajasthan Nursing Council (RNC) were up to date and only after which she was selected as Nurse Grade-II on a contractual basis and had been discharging her duties at MDM Hospital, Jodhpur since 01-09-2009. While she was working here a contractual basis the State of Madhya Pradesh had issued a recruitment notification for filling up regular posts of GNM for which the requirement was to have registration in the State of Madhya Pradesh and thus, she had applied for migration of her registration to Nursing Council, Bhopal on 21-07-2011 but before which she changed her mind requested that State of MP not to the registration certificate. Later, when the respondents issued the recruitment notification as of 30-05-2018, she filled the form. Meanwhile, the petitioner’s registration certificate expired on 31-12-2018, thus, she applied for renewal of registration, while depositing requisite fee. She was informed that her registration certificate had been wrongly renewed in 2014. According to the respondent – Council she had obtained NOC in the year 2011, her registration could not be renewed in December, 2014 after which she filed for fresh registration. The petitioner appeared in the written examination and having secured higher marks (63.939%) than the cutoff of her category   (58.192%),   she was called for document verification in which she produced her original registration certificate with   Rajasthan Nursing   Council dated   11-02-2009   (having its validity till 31-12-2018), along with other relevant documents. Petitioner also produced proof of having applied for renewal/fresh registration. The petitioner found her name reflected in the list of rejected candidates, citing “Rejected due to RNC”.

Counsel for the petitioner, Mr Yashpal Khileree submitted that Para 5 of the advertisement which dealt with the eligibility clause stated that a candidate applying for the post of Nurse Grade-II was required to have a valid registration till the last date of submitting the application form (12-05-2018). He further submitted that on the last date of submitting application form namely 03-07-2018 (and even on 12-05-2018), the petitioner was possessed with a valid certificate and as soon as the validity of the registration expired,   she had applied for renewal thereof.   He added that since the respondents delayed renewal of the said certificate, she was constrained to apply for registration afresh, on 19-08-2019, prior to the date of document verification. He further drew Court’s attention to an order issued by the respondent particularly Condition No.15 thereof and submitted that the respondents themselves have relaxed the condition of the advertisement.

Sum and substance of arguments of counsel for the State, Mr K. S. Rajpurohit, AAG assisted by Mr Shreyansh Mehta, Mr Abhinav Jain for Mr Mahendra Vishnoi was, that petitioner did not have a valid registration on the date of submitting an application form and thus even if she was able to obtain a fresh registration on 13-01-2020, she could not be held eligible for appointment.

The Court observed that the petitioner cannot be alleged to be lax in any manner which was evident from the fact that when she could not get her registration renewed, she applied for fresh registration by way of submitting an application and tendering requisite fee of   Rs 2000. The Court further observed that the respondents have not placed on record any document evincing that the petitioner had been put to any notice about such wrongful renewal, have failed to bring to the notice of this Court, any statutory provisions or guidelines etc. providing that merely on the issuance of a ‘NOC’ by Nursing Council of one State, a candidate’s registration stands cancelled. They further could not being any evidence that the petitioner had got herself registered with Nursing Council, Bhopal and continued with dual registration. Court reached an unwavering conclusion that the petitioner fulfilled both the requirements, namely – having a valid registration certificate on the date of submitting the application form and also the other requirement in terms of Regulation 46 of the Regulations of   1964,   as she was having a   valid registration certificate at the time of issuance of the select list.  The Court thus held that the Petitioner’s eligibility, therefore, could not be questioned.

The Court explained that if respondent’s stand that immediately on grant of no objection certificate by Rajasthan Nursing Council, a candidate’s registration stands cancelled was taken to its logical end, then in the opinion of this Court, during the interregnum period of issuance of a no objection certificate by RNC and grant of registration by other State, a duly qualified and eligible Nurse Grade-II/Midwife would lend themselves in no man’s land – a situation of having no registration at all.  Such situation, would naturally impinge upon a candidate’s fundamental rights guaranteed by Articles 14, 16 and 19(1)(g) of the Constitution of India.

The petition succeeded and the Court ordered that the list reflecting the petitioner’s name in the list of rejected candidates to be quashed and set aside.[Sangeeta Mathews v. State of Rajasthan, S.B. Civil Writ Petition No. 1552 of 2020, decided on 19-04-2021]

Guj HC | High Court cannot exercise its inherent jurisdiction to quash the proceedings unless it is found that, allegations do not disclose the commission of cognizable offence 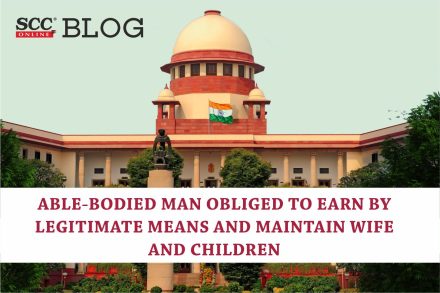 Reported By Editor Published on October 8, 2022

Bom HC | Right to free speech and expression includes within it the right to information; RTI is implicit and inbuilt under Art. 19(1)(a) of Constitution