Mr. Shashank Garg graduated from Guru Gobind Singh Indraprastha University, batch of 2008.  He is currently working as an Independent Counsel  and also as a Partner, Advani & Co. In this interview, he talks about the future of Commercial Arbitration in India.

He has been interviewed by EBC/SCC Online Student Ambassador Aadarsh Kothari who is currently pursuing law from Amity Law School, Noida.

I’ve always had a strong proclivity for structured logic, methodical reasoning, and perspicuous rationale, or in simpler words, I was a curious soul with a penchant for a reason. I came to recognize early on that my strengths were in analyzing problems and advising others, and law as a field of the study appeared as the obvious choice. Although I wasn’t particularly fond of anything that involved reading or writing, both these things became an indispensable part of the job and I think I’m good for it, so far. I wasn’t born into a family of lawyers but my parents like any other middle-class parents, instilled in me a strong expectation of excellence and the drive to do what is required to achieve it. Although I don’t think I realized it at the time, I recognize now that this came as a blessing in many ways as I could carve out my own path without the pressure of any pre-defined standards or expectations.

I graduated from the third batch of USLLS (GGSIP University, Delhi). The advantages of being a young law school were many and the first few batches made full use of that. Diverse internships, conferences, moots, and other events that I was involved in helping me eliminate areas of Law that did not appeal to me and my interest in dispute resolution grew stronger. In my final year I interned at the prestigious Chambers of Mr. Harish Salve and later on worked as a Junior at his chamber before proceeding for masters in International Commercial Law from the University of Nottingham, upon my return I joined another illustrious chamber of Mr. Parag Tripathi who was then an Additional Solicitor General of India.

As daunting a task as the choice of career after law seems, my internships helped me eliminate areas I was not comfortable handling and thus decide on dispute resolution. Often young lawyers work in general litigation before transferring practice to commercial arbitration as jobs in this field are notoriously elusive. My journey was no different. After spending close to a year at the chambers of Mr. Parag Tripathi Sr. Advocate, I took a seemingly bold step of going independent with a couple of friends to form a law firm called- Accendo Law Partners. We, later on, merged with Advani & Company which had the legacy of over three decades in commercial Arbitration and mentoring of Mr. Hiroo Advani. I must also mention the pivotal role of Prof. Martin Hunter in giving me the necessary direction and confidence to take this leap of faith of transforming my practice from traditional litigation to dynamic commercial dispute resolution. International Arbitration in India is certainly trending now and has become the top choice of young lawyers who want to retain the adrenaline rush of litigation and sophistication of corporate practice.

This is a tough one to answer, more particularly the realities of Arbitration practice as this is one of the most dynamic fields with ever-evolving jurisprudence. India has been in the global limelight for over two decades now and realities have been changing faster than anyone can keep a tab on. Let’s quickly look at a few common myths:

Of course, there are many more, but I would rather state them in an article than using space from this conversation.

In the recent past, India has witnessed the renaissance in the field of Arbitration, from Balco to Associated builders, from 1996 act to 2015/19 amendments, we have come a long way from being notoriously famous for slow decision making and interventionist jurisdiction to a very modern and Arbitration friendly jurisdiction. In fact, at times I feel we (our courts) are now overcompensating for our dark past by attempting to give a Midas touch to every international award in order to maintain the trend of being modern and to stay at par with international best practices. While my criticism is only to highlight this mechanical trend and not to undermine several path-breaking judgments delivered by the Supreme Court and High Courts that have redefined the entire ecosystem of Arbitration in India. We are swiftly moving towards becoming a global center of International Arbitration and with little realignment, this could be done in a more original and sustainable way.

As far as Institutional Arbitration is concerned, it is already here in a big way and will only grow bigger with time. One of the factors affecting this growth is the number of arbitration institutions and bodies that have contemporaneously contributed towards refining the practice and therefore contributing to its widespread acceptability. In India, where the growth story of Arbitration is still seeing rapid changes, there are over 35 active arbitral institutions. The growth of international arbitration is also showcased from the fact that India has continuously been on the leader in cases administered by SIACand ICC.DIAC, MCIA&NPAC are great examples of Indian institutions that have created the potential for India as a seat with robust institutional rules and a panel of expert arbitrators from all leading jurisdictions. The arbitration regime in India, however, continues to call for clarification and a robust framework. Despite the increasing restrictions and complete lockdown in India due to COVID-19 arbitral proceedings have been conducted virtually through video conferencing across the spectrum. This fast adaptability of our Arbitrators and practitioners of the technology is reassuring of the fact we are at par with any other developed jurisdiction. All in all, India has the potential to become the preferred seat of arbitration provided it keeps up with modern times.

In my view master’s degree or any kind of further executive education will never go to waste, it is on an individual to make the best use of this exposure whether in India or abroad. There are several top law schools offering tailormade dispute resolution courses, even academies like – Paris academy & Cologne are very sought after and useful to get a flavor of International Commercial Arbitration. One could also look at interning with prestigious institutions like UNCITRAL, ICC, SIAC, LCIA & PCA to name a few. But I would reiterate that these courses and academies will only give the basic orientation and general understanding of the subject. Expertise in Arbitration or its subfields is a matter of education coupled with practice. Young practitioners must look at various niche areas of Arbitration such as Maritime, Sports, Invest Treaty, and IP arbitration to name a few. I would also suggest budding arbitration lawyers join chambers of some reputed Arbitrators in their early years of practice for greater insight.

As a young arbitration professional one must strive to be a problem solver, ready to tackle new challenges, assume new responsibilities, and evolve with the ever-evolving legal landscape of Arbitration. More than anything, a good work ethic is rewarded. Arbitration is a journey that begins with ‘Notice’ invoking Arbitration and very often ends with an SLP being dismissed or disposed of, therefore patience and clarity of thought will be necessary virtues of any Arbitration lawyer. One must remain calm and in control of the proceedings as in an Arbitration there will be ample opportunity to present your case effectively and therefore aggression is only a weapon of weak or in other words a party that has no case on merits. In the words of legendary Justice Ruth Bader Ginsburg: “It will be welcomed much more if you have a gentle touch than if you are aggressive.”This holds true even in traditional litigation but certainly is sacrosanct in Arbitration practice.

Always remember that you are before an Arbitrator who is a creature of contract and has to decide your cases purely using his commercial prudence and not by applying the famous principles of Justice, equity, and a good conscience and therefore be always ready to learn, unlearn and relearn. 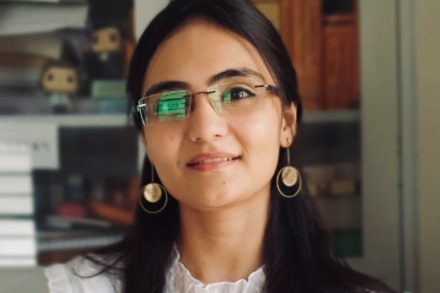 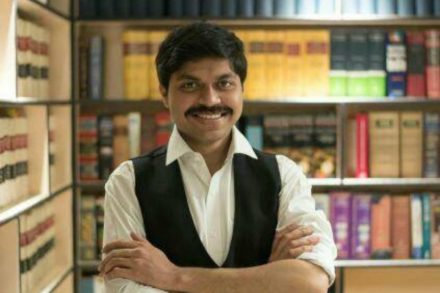