Jammu and Kashmir High Court: Sanjeev Kumar, J., heard the instant petition challenging the validity of circular No. CEO/K/Monitoring/20/14887-967 dated 21-11-2020, whereby all Teaching officials were directed not to indulge in the private practice of giving luxury education at private coaching institutions. The Bench stated,

“Teachers these days are paid hefty salary by the Government and there is no pressing necessity for them to engage in private tuitions that, too, on many occasions at the cost of their students in the government institutions.”

The impugned circular was purported to have been issued under Section 28 of the Right of Children to Free and Compulsory Education Act, 2009, which had become applicable to the Union Territory of Jammu & Kashmir in terms of the Jammu & Kashmir Reorganization Act, 2019.

Noticeably, on 11-08-2005 a circular was issued debarring the teaching officials from undertaking any activity/assignment including teaching in private tuition/coaching centres unless permission was obtained from the competent authority providing further that no such permission would be available two hours before the opening of the school and two hours after school gets closed. The said circular was declared invalid by a Division Bench of this Court in Vichar Kranti Manch International v. State of J&K, WP (PIL) No. 06 of 2011.

Pursuant to which the department of school education issued another circular No. Edu/L/J/Misc/131/2017 dated 25-09-2017, which was in supersession of all previous circulars issued on the subject. It was submitted that in terms of the circular dated 25.09.2017 issued by the Secretary to Government, School Education Department, no member of teaching faculty can engage in teaching occupation in private tuition/coaching centres without prior permission of the competent authority.

Noticing that the Chief Education Officer had purportedly derived the power to issue such circular under Section 28 of Right of Children to Free and Compulsory Education Act, 2009 to issue the impugned circular, the Bench stated, government teachers imparting education to the higher classes other than elementary education do not fall within the purview of the Act of 2009. The teachers serving in the institutions where classes higher than the eighth class were taught did not fall within the purview of the Act of 2009. Thus, the impugned circular was valid only in respect of teachers who are employed for imparting elementary education in the schools up to the eighth standard.

“Instead of concentrating on their pious job and contribute to the nation building, the God has chosen for them, for, they (teachers), moved by their insatiable greed, engage in activity of private tuition either at their residence or in private coaching centres. Many times, they skip their classes in the government schools so as to show up in the private coaching centres.”

Thus, the Chief Education Officer or the administrative department of school education was held to be within the power to debar teaching officials from engaging directly or indirectly in any trade or business without previous sanction of the Government under Rule 10. The Bench clarified that the circular dated 11-08-2005 was set aside by a Division Bench of this Court on the ground that it had granted blanket permission to all teachers to engage themselves by way of self-employment in private tuition centres two hours before opening of the schools and two hours after closing of the schools. The Court found the grant of general permission to the teaching faculty to engage in private coaching bad in the eye of law. The Bench expressed,

In the light of the above the instant petition was disposed of with the following observations:

i) Imparting private tuition at residence or at some other premises including coaching/tuition centres is necessarily an engagement in the trade or business and, therefore, prohibited under Rule 10 of the Employees Conduct Rules, if undertaken without previous sanction of the government.

ii) The government employee is, however, entitled to undertake honorary work of a social or charitable nature or occasional work of a literary, artistic or scientific character even without such sanction.

iii) Neither Rule 10 of the Employees Conduct Rules nor any other provision of any Act or Rules debars the government from issuing circular, guidelines or instructions for enforcing Rule 10 of the Employees Conduct Rules. There is nothing that prevents the government from taking a policy decision in the matter of teaching faculty of the government that there shall be no sanction/grant for engagement directly or indirectly in private tuition in private coaching/tuition centres during and after the duty hours.

v) The Government should do well to create and provide toll free telephone number in each District where complaint(s) against the banned activity of the teaching faculty could be made. The government may also create a web portal/grievance cell for receiving and redressal of the complaint(s).

vi) Government would adopt a proactive approach to eradicate the menace of government teaching faculty engaging in private tuitions at the cost of students studying in the government institutions.

The Bench was of the view that this would not only discipline the teaching faculty but would also help in raising the standard of education in government-run educational institutions. [Farooq Ahmed v. UT of J&K, 2021 SCC OnLine J&K 226, decided on 31-03-2021]

For the Petitioner: Adv. F.S.Butt

For the Respondents: GA Suneel Malhotra 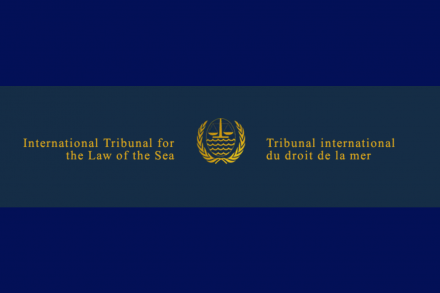 Glenmark restrained from manufacturing and selling its anti-diabetes drugs