European Court of Human Rights (ECHR): In an interesting case regarding child trafficking the Fourth Section of ECHR had came up with a landmark ruling. The Bench, while acknowledging the right to protection of victims of trafficking ruled that,

“It is axiomatic that the prosecution of victims of trafficking would be injurious to their physical, psychological and social recovery and could potentially leave them vulnerable to being re-trafficked in future.”

The instant case relates to two minor applicants, both of whom were convicted for criminal offences connected to their work as gardeners in cannabis factories. The Trial had been initiated against both the applicants and both of them, due to incompetent legal aid had pleaded guilty. The Crown Prosecution Service (CPS) persuaded to prosecute them even after being made aware by the United Kingdom Border Agency that there were reasonable grounds for believing that the first applicant had been trafficked. Similarly, the second applicant as well was recognised as victim of trafficking by the designated Competent Authority. The CPS while concluding that there was no credible evidence that the applicants had been trafficked, sentenced the first applicant to twenty months detention in a young offenders’ institution and eighteen-month detention and training order to the second applicant.

Similarly, the Court of Appeal opined that Article 26 of the Anti-Trafficking Convention was directed at sentencing decisions as opposed to prosecutorial decisions and could not, therefore, be interpreted as creating immunity for victims of trafficking who had become involved in criminal activities the court dismissed their appeal against conviction. However, the Appellate Court had reduced the sentence of the first applicant as a twelve-month custodial sentence and considering the young age of the second applicant his punishment was reduced as well to a four-month detention and training order. Being aggrieved by the conviction order the applicants reached the Supreme Court which had refused their applications.

The Bench noted that the first applicant was discovered by police at a cannabis factory during the execution of a drug warrant, thus, the authorities should have been alert to the possibility that he – and any other young persons discovered there – could be a victim of trafficking. The CPS failed to consider that the relevant nexus had not been established between the trafficking and the criminal offence; rather, it repeatedly found that there was no clear evidence that the first applicant had been trafficked. The Court remarked,

“The prosecution of victims, or potential victims, of trafficking may, in certain circumstances, be at odds with the State’s duty to take operational measures to protect them where they are aware, or ought to be aware, of circumstances giving rise to a credible suspicion that an individual has been trafficked.”

Even though the first applicant was subsequently recognised by the Competent Authority as a victim of trafficking, the CPS, disagreed with that assessment without providing adequate reasons for its decision and the Court of Appeal, relying on the same inadequate reasons, twice found that the decision to prosecute him was justified.

“Child victims of trafficking are a particularly vulnerable group who may not be aware that they have been trafficked, or who may be too afraid to disclose this information to the authorities.”

The State had a positive obligation to take operational measures to protect such victims; however, instead the criminal proceedings were allowed to proceed against them in the instant case.

Can Right to Fair Trial be Waived by Pleading Guilty?

On the plea of State that victims right to a fair trial was waived by pleading guilty, the Court was of the view that the victims had been deprived of a fair trial because the police had failed to undertake an investigation capable of providing them with exculpatory evidence, even though there was a credible suspicion that they had been trafficked; and the CPS’s assessment of the case was fundamentally flawed because it ignored the indicators of trafficking which were present.

It is true that neither the letter nor the spirit of Article 6 of the Convention prevents a person from waiving of his own free will the entitlement to the guarantees of a fair trial. However, such a waiver must be established in an unequivocal manner and it must not run counter to any important public interest.

Furthermore, given that trafficking threatens the human dignity and fundamental freedoms of its victims and is not compatible with a democratic society and the values expounded in the Convention, in the absence of any assessment regarding veracity of trafficking any waiver of rights by the applicants would run counter to the important public interest in combating trafficking and protecting its victims.

Whether the Trial was Prejudiced?

The Court opined that in respect of both applicants the reasons given by the CPS for disagreeing with the Competent Authority were wholly inadequate. Also, though the applicants invoked Article 4 of Anti Trafficking Convention the Court of Appeal did not consider their cases through the prism of the State’s positive obligations under that Article. The Bench expressed,

“Such an approach would in effect penalise victims of trafficking for not initially identifying themselves as such and allow the authorities to rely on their own failure to fulfil their duty under Article 4 of the Convention to take operational measures to protect them.”

The victims cannot be required to self-identify or be penalised for failing to do so.

Consequently, it had been held that there had been a violation of Articles 4 and 6 of the Anti-Trafficking Convention on account of the failure of the respondent State to fulfil its positive obligations under Article 4 to take operational measures to protect the victims of trafficking. Hence, both the victims were granted the sum of EUR 25,000 each in respect of non-pecuniary damage. Additionally, the cost of EUR 20,000 was also imposed on the state that was to be paid to the applicants.[V.C.L. and A.N. v. United Kingdom, Applications nos. 77587 of 12, decided on 16-02-2021] 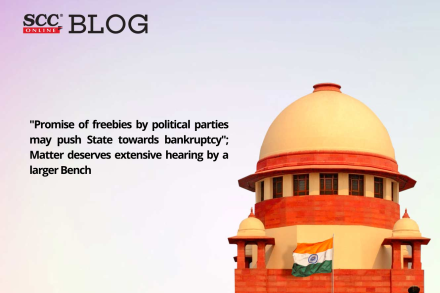 “Promise of freebies by political parties may push State towards bankruptcy”, says Supreme Court: Read the 4 issues referred to a larger Bench

By Prachi Bhardwaj Published on August 29, 2022 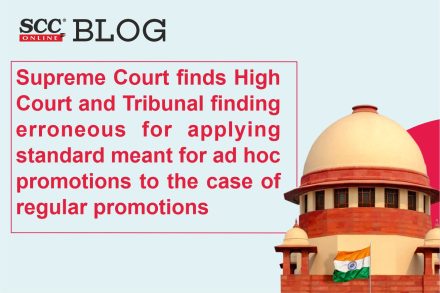