Bombay High Court: The Division Bench of R.D Dhanuka and V.G. Bisht, JJ., addressed a concern wherein a daughter filed a petition seeking a declaration of her father’s marriage to be null and void on knowing that the lady concealed the fact of her being married and not divorced from her earlier marriage.

Appellant’s father was a successful businessman who owned various assets and properties.

Appellant alleged that the respondent was already married to someone and she concealed and suppressed the said fact deliberately from the appellant’s father and falsely portrayed herself as a divorcee but was not a divorcee at all.

The said fact of not being divorced came into light recently in front of the appellant.

Further, the appellant alleged that the respondent took undue advantage of the mental infirmities, ailments and unsoundness of mind of her father and exercised undue influence, coercion and duress with the intention of siphoning his entire properties. Respondent got executed various documents including his Will and several Gift Deeds of various valuable immovable properties and deprived the true legal heirs of their rights.

Respondent even took away the custody of the jewellery “Stridhan” of the appellant’s mother.

Appellant sought the declaration of marriage between her father and respondent to be null and void and the status of the respondent as of today continue to be the wife of the said Mansoor Hatimbhai Chherwala under Section 7(1) Explanation (b) and (d) of the Family Courts Act.

Family Court Judge held that the appellant had deemingly relinquished. Given up her portion of the claim pertaining to the declaration of the marital status of respondent and thus the bar under Order II Rule 2 of the Code shall be applicable.

Present appeal was against the impugned order.

High Court stated that Family Court is intended to provide an exclusive jurisdiction of the matters relating to matrimonial relief including nullity of marriage, judicial separation, divorce, restitution of conjugal rights or declaration as to the validity of a marriage or as to the matrimonial status of any person, the property of the spouses or of either of them, declaration as to the legitimacy of any person, guardianship of a person or the custody of any minor, maintenance, including proceedings under Chapter IX of the Code of Criminal Procedure.

Bench also confirmed that the appellant had every locus to bring into question the validity of the marriage of her father with the respondent and also the respondent’s status.

Object of Order 2 Rule 2 of CPC

The object of Order 2 Rule 2 is to avoid a multiplicity of suits.

“…no one should be vexed twice for same cause of action.”

Question to be considered:

Court noted that the Family Court lost sight of the fact that Original Suit No.1018 of 2015 was instituted in the year 2015 whereas the Notice of Motion No.1622 came to be filed in the year 2016 after the appellant discovered the fraud alleged to have been played by the respondent pursuant to documents dated 10th and 12th February 2016 secured by her through Right to Information Application.

Thus, there was disclosure and discovery of new facts constituting the new cause of action.

Family Court erred in holding that provisions of Order 2 Rule 2 were attracted without examining the cause of action in the earlier plaints filed by the appellant.

Family Court ought to have taken into consideration — Whether in light of Sections 7, 8 and 20 of the Act, this Court has jurisdiction to grant declaration as to the validity of the marriage between the appellant’s father and the respondent sought by the appellant?

“…High Court exercises its ordinary original civil jurisdiction in relation to the matters under the Act, it would be a District Court as understood therein. Resultantly, it would be denuded of its jurisdiction.”

Further respectfully differing from the decision of the Gauhati High Court in Smiti Nitikona Banerjee v. Ram Prasad Banerjee, 2018 SCC OnLine Gau 1577, wherein it was held that as per Section 7(b) of the Family Courts Act:

“…a third party questioning the marriage of any other party would not be entitled to maintain proceedings before the Family Court.”

The above position of the Gauhati High Court was differed by this Court for the simple reason that the same was against not only the letter and spirit of Section 7 but also against the rationale behind the Object and Reasons of the Act.

Hence, the family Court’s conclusion and reasoning cannot be sustained in the above view and the said order is set aside to the extent that the petition was barred by provision of Order 2 Rule 2 of the Code.[Nayana M. Ramani v. Fizzah Navnitlal Shah,    2021 SCC OnLine Bom 385, decided on 17-03-2021] 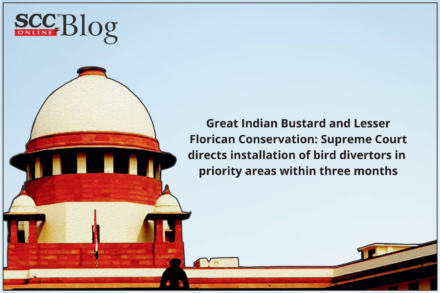