Jharkhand High Court: Ananda Sen, J., addressed the instant petition against the impugned order of the Judicial Commissioner, whereby the petitioner was directed to pay a sum of Rs 1 lakh as ad-interim victim compensation.

The informant had purchased a car from the respondents and paid Rs 50,000 in cash and the rest balance amount of Rs 2,85,000 had been paid through bank transfer. The parties had agreed that the entire paperwork including transfer of name and issuance of NOC would be completed and sent to the informant but even after lapse of 9 months no documents were received by the informant. In the meantime, said car met with an accident and due to lack of documents including NOC, informant could not get benefit of insurance claim, thus he was cheated. The petitioners, who were accused in the FIR registered under Sections 406 and 420 of Penal Code.

Are the Courts empowered to direct payment and fix quantum thereof of victim compensation under Section 357A of CrPC?

Noticing the provisions of Section 357A, the Bench stated that there had to be a fund, created for the purpose of paying compensation. The intention of legislature was clear that the amount of compensation to be paid to the victim or the dependent of the victim had to be from the fund itself. As per the provision, the role of the Court was only to recommend payment of victim compensation, which was to be made to the District Legal Services Authority or the State Legal Services Authority. Thus, stated the Court,

“The Court is not vested with the power under Section 357A of the Code to quantify the amount of compensation, rather that power is vested with the Legal Services Authority.”

Citing the ruled laid down in Taylor v. Taylor, [L.R.] 1 Ch.D. 426, which was, also applied by the Supreme Court in Rao Shiv Bahadur Singh Vs. State of Vindhya Pradesh, 1954 SCR 1098, the Bench said, “It is well settled that where the statute provides for a thing to be done in a particular manner, then it has to be done in that manner and in no other manner.”

Thus, the Court could only recommend payment of victim compensation, quantum of which had to be ascertained and determined by the State or the District Legal Services Authority. Further, the Court expressed,

“An accused cannot be saddled with payment of victim compensation, as the same is not in consonance with Section 357A nor with the Scheme, the Court could not have directed the petitioners to pay the said amount as victim compensation.”

Whether the victim compensation can be granted at the time of granting bail or at any stage prior to conclusion of the trial?

Supreme Court, in the case of Ankush Shivaji Gaikwad v. State of Maharashtra, (2013) 6 SCC 770, had held that the occasion to consider the question of award of compensation would logically arise only after the Court records conviction of the accused. The Bench remarked that before granting compensation, there had to be some inquiry. If any Court, under Section 357A of the Code, quantify the amount of compensation, the same could not be without an inquiry as to whether the compensation was adequate or not. Thus, legislature, in its wisdom, had vested the power of inquiry, as envisaged in Section 357A (5), with the State or District Legal Services Authority and the Court had only been vested with a power to recommend payment of victim compensation. This recommendation should be without quantifying the amount. The Bench stated,

“Once the victim is identified, there is no embargo in paying victim compensation even at the stage of consideration of bail of the accused, which is an interlocutory phase.”

Therefore, it had been held that victim compensation could be granted at any stage of the proceeding, even at the stage of grant of bail, or even after the conclusion of trial, the Court could recommend payment of victim compensation by way of interim measure, to the victim.

Whether willingness to pay victim compensation can be a relevant ground for the grant of interim bail?

Regarding the question, whether offering to pay compensation could be a valid consideration for bail, the Bench expressed,

“In that event, there will be persons with criminal intent in their mind, who will be roaming in the society with a knife in one hand and a purse full of money in another.”

Thus, the Bench opined, if payment of compensation becomes a consideration for the grant of bail, not only same would be against the provision of law, but would also have a catastrophic effect upon the administration of criminal justice. Thus, any submission on behalf of the accused volunteering to pay compensation to the victim, in lieu of grant of bail, should not, at all, be considered by the Court. The Court should not be swayed by those submissions made by the parties, rather should evaluate and base the order on the correct perspective.

Lastly, the Bench ruled out, the offence alleged and the nature of injury, if any, caused to the victim was not covered by the schedules of Victim Compensation Scheme framed by the State. Thus, when the loss or injury so allegedly caused, was not expressly covered under the Schedules of the Scheme, there could not be any recommendation far less a direction to pay victim compensation by the accused as a condition of bail against the provision of law. Hence, the impugned order was set aside.[Sumit Kumar Shaw v. State of Jharkhand, Cr. M.P. No. 2194 of  2020, decided on 29-01-2021]

For the Petitioners: Adv. Indrajit Sinha

For the Opposite Party  2: Adv. Soumitra Baroi 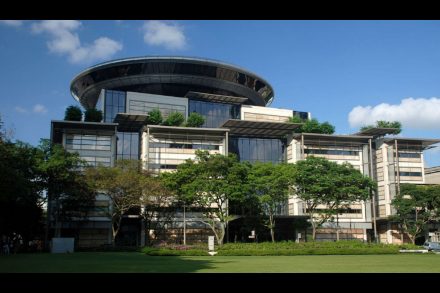