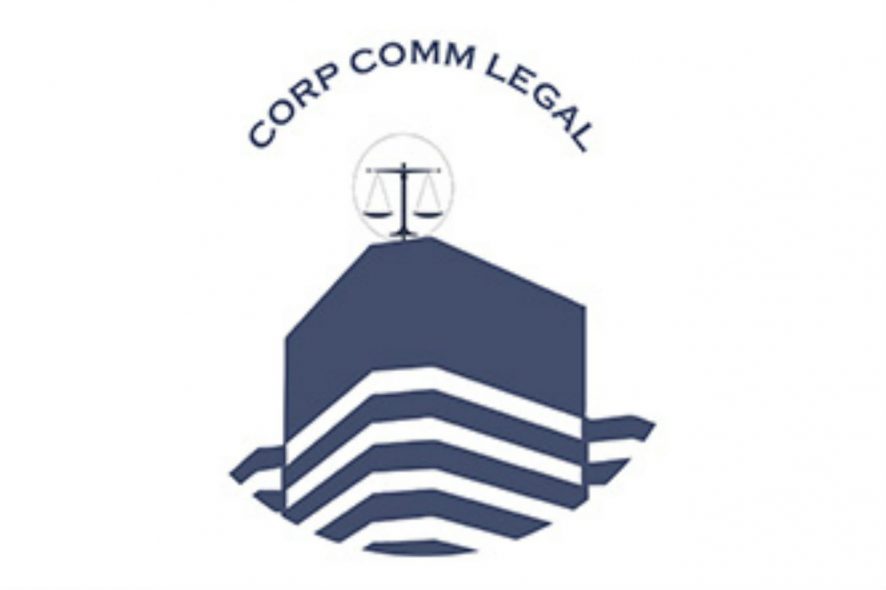 A commercial contract stipulates the terms whereupon the contracting parties jointly conduct their proposed business or a transaction. At times, the parties are unable to agree to a governing law clause. In such situations, where the governing law clause is intentionally omitted, some rules/guidelines are resorted to determine where the governing law of the contract should be. The rules include – determining the location of the parties, the obligations that are to be performed in different jurisdictions, and other factors.

The complexity of the rules makes determining of the governing law of contract difficult. The purpose of a governing law clause is to express the parties’ mutually agreed choice as to what that law should be. Governing law or choice of law is different from the choice of jurisdiction. The selection of choice of law and choice of jurisdiction clauses (in contracts) is more important than an afterthought, pro forma usage, or cut and paste, as the subject-matter of commercial contracts regularly expands beyond domestic intra-State activities and into inter-State and international trade and commerce.

Often international business and trade involves traders belonging to different countries whose legal systems may differ in many ways to that of the other, presenting complicated and even conflicting features. The courts of each country have jurisdiction only within the territorial limits of the country concerned. The rules of private international law resolve the issues concerning conflict of laws, which arise because of differences between the law of the country of nationality of a person and that in which that person may reside, or of which he may acquire nationality. These issues most frequently arise in relation to personal matters such as marriage and divorce, custody of children, abduction of children, adoption and succession. These rules are mainly based on court decisions.

Conflict of laws may also arise in such cases where two or more parties belonging to different countries enter into a contract, and they are governed by two different systems of laws. Conflict of laws or private international law may be described as physics of the law because it is concerned with the application of the law in space and time. It is that part of private law of a country which deals with cases having a foreign element[1].

There has remained always a conflict regarding either the place of contracting or the place of performance of parties as the criteria to determine which law should be applied to the issue related to contract arising between two parties. But under the Indian and English private international law, the autonomy of the parties in this regard has been consistently recognised and the parties are deemed to be free to choose any law which can govern their contract.

However, this freedom of choice is not absolute and is subject to certain restrictions—the reason is that such choice may mean the exclusion of the operation of some law, which could be otherwise applicable. It means this choice makes that applicable law, inapplicable in particular circumstances. Subject to certain limitations, the court will give effect to a choice of law by the parties, either express or implied.

For international contracts, in the absence of any domestic codification on that aspect, the Indian judiciary relies, for its persuasive value, on the traditional common law position as enunciated in Vita Food Products Inc. v. Unus Shipping Co. Ltd.[2], wherein it was held by the Privy Council that the parties were free to choose any governing law, irrespective of its connection with the contract, provided that the choice was bona fide, legal and not contrary to public policy.

In some countries, parties are at liberty to make a choice of judge or arbitrator to decide the dispute arising between them. Moreover, the parties may also make a choice of the law which the Tribunal shall apply at that particular place. In case the parties do not express the specific law which the Tribunal has to follow, then the English private international law is there to solve this problem. There is a rule which is recognised in the English private international law i.e. elegit judicem elegit jus, which means the implied choice of law can be inferred from the express choice of the Tribunal. The Latin term “lex fori” has its relevance here that means law of the forum. Basically, it means that once the parties have chosen a particular tribunal, then the law of that forum should be the governing law to the dispute of the parties.

In Hemlyn and Co. v. Talisker Distillery[3], the question was that whether in view of the arbitration clause, could an action under the contract be brought in Scotland. Thus, while answering this question the House of Lords held that a contract was governed by English law, according to which the arbitration clause was valid, and the courts of Scotland had no jurisdiction to decide upon the merits of the case until unless the arbitration proved abortive. The observation of Lord Herschel, L.C. in this case was as:

“The present case solved the conflicting situation in a very good manner. He further stated that it appears to me that the language of the arbitration clause very clearly indicated that the parties intended that the rights under that clause should be determined according to the law of England.”

In Tzortzis v. Monark Line A/B[5], it was held by the Court of Appeal that from the choice of English arbitration the natural inference was also about the choice of English law as it was provided that the matters of dispute between the parties were to be decided by arbitration in London, and this choice raises an irresistible inference which overrides all the other factors. However, the freedom of choice of law which was provided was subject to certain conditions like by selecting such jurisdictions the parties could not escape from the obligation, which would otherwise had normally arisen under the law, with which the contract has the most real and closest connection.

Indian jurisprudence and choice of law

In India, the situation is more complicated because here the applicable law is the personal law relating to these matters which is determined by the religion of the individuals concerned. India is also a member of the Hague Conference on Private International Law. In international trade and commerce, every commercial activity is generally preceded by a contract fixing the obligations of the parties to avoid legal disputes. But in this ever-changing world of trade and commerce, disputes between parties are inevitable. No matter how carefully a contract is drafted, a party to the contract may understand his right and obligations in a different way.

Under Indian law, certain rules related to conflict of laws are mentioned specifically in the Civil Procedure Code, 1908. The rules relating to jurisdiction in action inter parties are laid down in Sections 19, 20 of the Code. Section 19 is confined to suit for compensation for wrongs to person or movables. But this section is confined to torts committed in India and to defendants residing in India. It does not include within its ambit the suits in respect of foreign torts. Such cases are covered by Section 20.

It was observed that the subjective theory may produce strange results because of the unconnected law and it is possible that there must be difficulty in enforcing the law if it is illegal or against the public policy. Similar observation was made in British India Steam Navigation Co. Ltd v. Shanmughavilas Cashew Industries[7], where the court emphasised that the choice of proper law must be bona fide and legal, and not against public policy. Similarly, the Calcutta High Court in Rabindra N. Maitra v. LIC of India[8] upheld the same principle and observed that there would be no justification for a choice of an unconnected law in the contractual agreement between international parties, unless the law is also the proper law.

However, it has been argued that the position has changed subsequently, and in NTPC v. Singer Co.[9], the Supreme Court abandoned the restrictive approach that confined the parties to make a choice of the governing law that was unconnected to the contract. The parties were permitted to make a choice of law even if there was no geographical nexus between the obligation in the contract and the chosen law. Thus, it implied that the parties became more autonomous in their choice of law. The court also extended the autonomy by observing that the parties were free to choose different laws to govern different parts of the contract. It also observed that the only limitation to the parties’ freedom to choose a governing law for their international commercial contract would be that such choice was not bona fide or was opposed to public policy. Similarly, in Modi Entertainment Network v. WSG Cricket Pte. Ltd.[10], the Supreme Court again clarified that Indian private international commercial law permits the choice of any legal system even if the legal system does not have any connection with the contractual obligation in question.

In recent years, the basic features of the conflict of laws, its methodology, and its governing ideologies have been seriously questioned. No scholarly or judicial consensus is found on the choice of law rules. Particularly, the conventional ideas of seeking uniformity of result and of establishing equality between domestic and foreign laws have been criticised on the grounds that such ideas are not pragmatic and appropriate, since the domestic courts actually do and in fact, should be inclined to domestic law in a situation where it is one of the applicable legal systems. To conclude, it can be stated that the stability and fairness of international legal undertakings seem to depend upon the strengthening of this renewed attempt to supra-nationalise the conflict of laws.

[This article was first published in the Practical Lawyer Magazine, March Issue 2021. Republished with the kind permission of Eastern Book Company.] 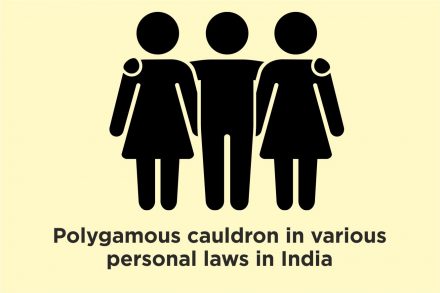 By Devika Sharma Published on November 22, 2020 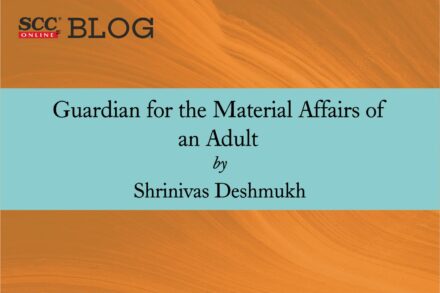 Guardian for the Material Affairs of an Adult 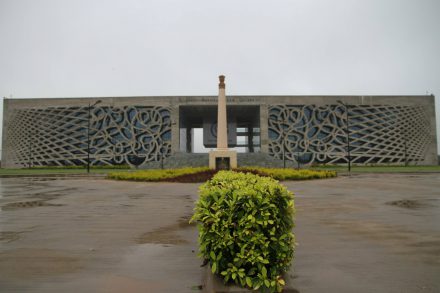