Patna High Court: Rajeev Ranjan Prasad, J., addressed petitions filed jointly by foreign nationals from Bangladesh, Malaysia and Australia on the ground that they had been unlawfully framed in controversial Tablighi incident.

In CR. WJC No. 367 of 2020, petitioners 1 to 9 were foreign nationals from Bangladesh who came to India on tourist visa and were charged with the offence of spreading religious ideologies under Sections 14 and 14(C) of the Foreigners Act, 1946, and petitioners 10 and 11 were Indian nationals, who were allegedly assisting the foreigners in the said offence, whereas, in Cr.W.J.C. No. 369 of 2020, petitioner 1, an Indian national, was the secretary of Jama Masjid, Bihar while petitioners 2 to 10 were foreign nationals from Malaysia and Australia. It was alleged that these petitioners visited ‘Nizamuddin Markaz’, Delhi prior to Tablighi Conglomeration, thereafter they reached Araria, Bihar on 11-03-2020 and were residing in ‘Rawahi Markaz’ since 15-03-2020 and Mosque since 21-03-2020 respectively.

On 24-03-2020 a nation-wide lockdown for 21 days was declared with an aim and object to check the spread of Covid-19. Consequently, the petitioners were screened by the administration and then they remained quarantined for the mandatory period as per the government’s Standard Operating Procedures (SOPs). Pursuant to the directions as contained in letter No. 91 dated 09-04-2020 issued by the Ministry of Home Affair, Government of India, Bihar Police registered the present F.I.R. against these petitioners. Later on, Chief Judicial Magistrate, Araria had also taken cognizance and summons had been issued to these petitioners.

The charges against these petitioners were of,

Submission on behalf of Petitioners

The counsel for the petitioners, P.K. Shahi, submitted that on perusal of FIR, it may be held that no offence at all was made out against these petitioners. It was submitted that the order taking cognizance and issuance of summons had been passed in a routine and mechanical manner and the same were liable to be set aside.

The counsel while relying on Anand Kumar Mohatta v. State (Govt. of NCT of Delhi, (2019) 11 SCC 706, submitted that, submission of charge-sheets and order taking cognizance is no bar in quashing of the F.I.R. It was submitted by the petitioners that neither at the time of registration of the FIR were they found involved in any act of preaching religious ideologies nor in course of investigation the Police had collected any material in any form to show that they had addressed any gathering or had indulged in preaching their ideologies. It was further argued that a mere bald allegation without there being any material to show that they were involved in preaching religious ideologies would not attract the application of Sections 14 and 14-C of the Act. Reliance was also placed on Konan Kodio Ganstone v. State of Maharashtra, 2020 SCC OnLine Bom 869, in which Bombay HC had quashed FIR in respect of foreign nationals who had been arrested from Masjids during nationwide lockdown holding that, a foreign national may visit Masjid and can go there to observe a religious practice or to offer Namaz, there was also no material on the record to show that the Indians were prevented from accommodating persons in the Masjid including the foreigners.

As per the relevant provisions of Registration of Foreigner Rules, 1992, it was hotel and those places which are covered under the definition of “Hotel” under Rule 14 (7) where the foreign nationals had stayed were required to furnish information regarding the stay to the local police and there was no personal liability on foreigners to inform the local police about the same, also the counsel for the petitioners submitted that a ‘Mosque’ or ‘Markaz’ was not covered under the definition of “Hotel” under  Rules, 1992.

Stand of the Government

Additional Solicitor General, Dr K. N. Singh submitted that the Government of India had a consistent policy that a foreign national visiting India on tourist visa could not indulge in preaching religious ideologies unless so permitted by the Government. It was further submitted that in case the management of ‘Markaz’ or ‘Masjid’ had been providing lodging facility to a foreign national or a team of foreign nationals on regular basis the facilities so provided to a traveller would be covered within the meaning of the word ‘a boarding house; or ‘a rest-house’.

The Court after considering various guidelines issued by Union Home Ministry, Government of India observed that the purpose behind those guidelines was to ensure that the foreign nationals who were visiting India on Tourist Visa did not indulge in Tabligh work. The guidelines gave them permission to attend Tabligh Jamaat (congregation) and such act of mere attending the Tabligh Jamaat did not amount to Tabligh work prohibited under those instructions. In course of investigation also police had not collected any material in any form to take a prima-facie view that these foreign nationals were indulged in religious/tabligh work. The allegation of preaching religious ideologies was thus not supported by any material. In absence of any material, it appeared to this Court that the Chief Judicial Magistrate, Araria had taken cognizance and decided to issue a summons in a routine and mechanical manner.

On the contention as to whether Markaz or Mosque were required to inform about the stay of foreign nationals to the local police the Court observed that there was no ban or restriction on the stay in these places but it could not be said that the Management were not required to report the stay of foreign nationals on Tourist Visa in the premises of the ‘Mosque’ or ‘Markaz’.  The Court held that “Markaz” or “Mosque” would fall within the ambit of “rest house” or “boarding house” under para 16 (7) of the Foreigners (Amendment) Rules 2016 where these premises were found to be used as a ‘boarding house’ or a ‘rest house’ for foreigners and then by virtue of their use the keepers of such premises should be made responsible to comply with the requirements of reporting it to the local authorities.

In the light of the above considerations, the Court held that the prosecution of foreign nationals for the offences alleged under Sections 14 and 14-C of the Act had no basis to proceed. Accordingly, the order taking cognizance and issuance of summons and also the entire criminal prosecution against them was quashed. However, it was further held that since the foreign nationals were staying in the ‘Markaz’ and the ‘Mosque’ respectively but the same was not reported to the authority competent by the management, a prima-facie case had been found to issue summons to petitioner 10 and 11 in Cr.W.J.C. No. 367 of 2020 and to petitioner 1 in Cr.W.J.C. No. 369 of 2020. Hence, the Court would not interfere with the impugned orders in so far as it relates to them.

The petition was disposed of with further directions to the State to deport these foreign nationals to their respective countries. [Enamul Hasan v. Union of India,    2020 SCC OnLine Pat 2708, decided on 22-12-2020]

Son-in-law and his right on Father-in-laws property | Claim that he was adopted as a member of family subsequent to marriage with daughter: Know what Ker HC decides 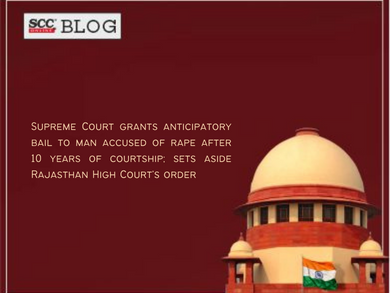 Delhi High Court directs Government of NCT of Delhi to ensure strict compliance of the provisions of the Prohibition of Employment as Manual Scavengers and their Rehabilitation Act, 2013