Karnataka High Court: A Division Bench of S. Sujatha and Sachin Shankar Magadam JJ., disposed off the petition due to the limitation of its scope regarding the production of the individual only before the Court.

The instant writ petition in the nature of habeas corpus was filed by the petitioner seeking direction to respondents to produce Kum. Ramya G. before Court and set her at liberty.

The daughter of the petitioner Kum Ramya G was presented before the Court by the jurisdictional police and submitted that she is staying at Mahila Sakshatha Samithi, Vidyaranyapura and pursuant to the complaint lodged by her alleging infringement of her right to liberty caused by her parents relating to her marriage with the petitioner. She further submitted that she is in love with one of her colleague working at IQVIA as a software engineer but her parents are not giving permission.

The Court thus observed that a right of any major individual to marry the person of his/her choice is a fundamental right enshrined in the Constitution of India and the said liberty relating to the personal relationships of two individuals cannot be encroached by anybody irrespective of caste or religion.

In light of the aforesaid observations, Court held that the petition being limited to production of the person before the Court only, no interference to be made in other reliefs. 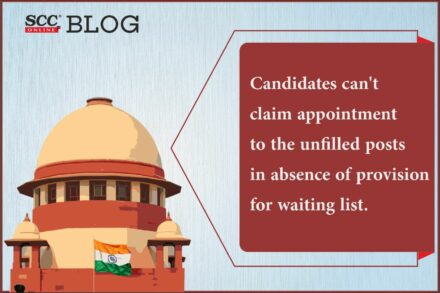 While condoning delay, “sufficient cause” must be given liberal interpretation to ensure substantial justice