Supreme Court: After a day-long hearing in the matter relating to the arrest of Republic TV Editor-in-Chief Arnab Goswami, Feroz Mohammad Shaikh and Neetish Sarda in relation to the alleged suicide of Anvay Naik and his mother Kumud Naik, the vacation bench of Dr. DY Chandrachud and Indira Banerjee, JJ has directed the release of all three on interim bail.

The Court had further directed that all three will be released subject to each of them executing a personal bond in the amount of Rs 50,000 to be executed before the Jail Superintendent. It also directed them to cooperate in the investigation of the matter and not to make any attempt to interfere with the ongoing investigation or with the witnesses.

The matter was listed on urgent basis during Diwali break of the Supreme Court, appealing against the Bombay High Court decision dated 9 November 2020, by which the applications for the grant of the interim bail moved by the appellants pending the disposal of their writ petitions were rejected.

“… the High Court was in error in rejecting the applications for the grant of interim bail.”

While the detailed judgment with reasons will follow, the Court has asked the jail authorities and the Superintendent of Police, Raigad to ensure the compliance of this order.

The matter relates to the alleged suicide committed by Anvay Naik and his mother Kumud Naik who were Directors of an interior design company ‘Concorde Design Pvt. Ltd.’ The deceased had allegedly left behind a note wherein it was stated that they were committing suicide on account of the non-payment of CDPL’s dues.

The Bombay High Court had, on November 9, held that no case for release of accused was made out. 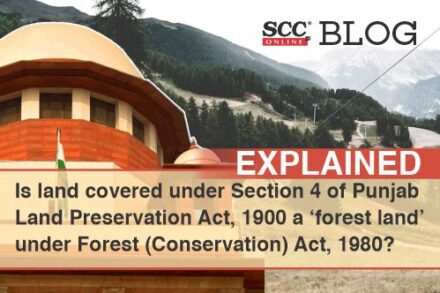 ‘Irregularity in cognizance order does not vitiate trial’; SC finds no “failure of justice” in cognizance by Special Judge in Karnataka iron ore illegal mining case