Allahabad High Court: Sangeeta Chandra, J., while allowing the instant petition, granted relief to the petitioners whose names had not reflected in the final list of examination takers. The matter has been urgently listed because the petitioners here are students whose career is at stake and they wish to appear in their examination which is to take place in two days from the date of this order.

The facts are such that the petitioners had taken a joint entrance examination for B.Ed. conducted by Ruhelkhand University and on being successful they were registered for counselling. Resultant of the counselling session, they were allotted seats in various colleges. The petitioners then admitted themselves in their respective colleges and paid their fees on time and attended lectures. It came as a shock to them when at the time of filling the forms for examination it was revealed by Ram Manohar Lohiya Awadh University that petitioners have not been duly admitted as their name does not appear in the list sent to them by Ruhelkhand University. All of this ultimately led to the instant petition.

Counsel for the respondent, Kuldeep Pati Tripathi has submitted that names of the petitioner’s name were not mentioned in the list sent by Ruhelkhand University because of the fact that the petitioners did not download their allotment letter from the web site of Ruhelkhand University.  The website’s software is such that in case the allotment/admission letters are not downloaded by the students, the University shall treat those students as not having been admitted to the course and the college allotted to them. Further, he stated that if the students had downloader their letters, the software would have automatically considered them admitted.

It is submitted by Ram Pratap Singh Chauhan, counsel for Awadh University that the

Upon perusal of the facts, circumstances and arguments, the Court observed that The petitioner students are suffering only because of a inadvertent error on their part of not reading the university brochure properly. They have valid registrations, have attended counselling, attended lectures and deposited their fees on time. One small error would undo all they have been through until now and they will be deprived from taking their examination which is being conducted by Ram Manohar Lohiya Awadh University.

In view of the above, Court has allowed this petition by exercising its extraordinary jurisdiction. In a bid to alleviate the situation of genuine students, the Court has issued directions to Awadh University to accept forms of such students who have not been admitted beyond the sanctioned strength in their respective colleges.[Sandeep Dubey v. State of U.P., 2020 SCC OnLine All 1278, decided on 26-10-2020]

P&H HC | Why is there inordinate delay in investigation? HC slams State for pendency of cases against Ex MPs/MLAs including Ex CM Bhupinder Singh Hooda

Court demands State’s assurance as to the safe custody of children handed over to guardians by State-owned ashrams: Uttaranchal HC 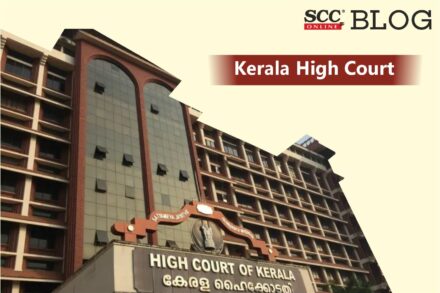