Bernard J. Hibbitts is a Canadian Lawyer, Professor and publisher. He is currently teaching in the United States at the University of Pittsburgh School of Law. He has been interviewed EBC/SCC Online Student Ambassador Arya Madhani who is currently pursuing law from GLC Mumbai.

Although I teach in an American law school, I was born and raised in Canada. As a student, I moved around a lot – I read law at Oxford as a Rhodes Scholar, came back to Canada, took an  LLM at the University of Toronto and then ended up doing another LLM at Harvard Law School. It was a whirlwind world tour very generously paid for by the various universities I was attending (I would have gone broke otherwise!), but I learned different things in different places and it all added up.

I always loved history, but I decided early on that because universities were not hiring many historians. I probably could not get a job teaching history, so after my undergraduate studies I went into law as I was also interested in politics and diplomacy. In law school, however, I quickly discovered legal history. When I became a professor, I ended up teaching that subject, so in many ways I think the law led me back to what and who I was supposed to be in the first place.

2. When, how and why did you create JURIST?

As a legal historian, I was fascinated by how different media (writing, print, computer technology) have shaped law and legal systems over time. When the internet came along in the mid-1990s, I thought “this is going to have a tremendous impact!”, so I decided the best thing to do was not just to study what was happening, but get involved in it directly. So I learned code HTML. I also decided that the most powerful uses of the internet were ones that did not just mirror earlier forms and earlier technologies, so I started thinking about what law professors and ultimately law students could do online that they could not do in print. Delivering legal news and commentary to a mass international audience was one of those things. So I said to myself “Let’s do that!” And here we are with JURIST, which has no print equivalent anywhere.

JURIST is coming up on its 25th anniversary now, which makes it ancient in internet terms, but I am delighted that it is been so durable and that it is actually developed so much over time. Our law student staff is now drawn from 13 different law schools in the US, the UK and India, all coordinated from the University of Pittsburgh, where I am based. We have a great legal news arm that covers a wide range of international as well as American legal issues presented in an objective and concise manner. All of our news stories include primary source documents, so readers can read for themselves the case, statute, report or whatever else is underneath the headlines. We also have a great commentary arm that features op-eds on current legal issues written by law professors, policymakers and law students from all over the world, not to mention a dynamic social media section. This past summer we even launched our own incubator, the JURIST Digital Scholars Program, which is designed to identify, recruit and publish the work of young scholars interested in the intersection of law, technology and public policy. Our first class of Digital Scholars this year included students from Yale College and Harvard Law School, so we are off to a great start! We look forward to expanding the program to include international applicants in our next round.

3. Not only have you received your education from some of the finest Universities in the world but you are also a Rhodes Scholar. What are some of the valuable experiences you have made in your journey that may help other law aspirants?

Be yourself. Know yourself. Once I realised I was an historian (after fighting the idea for a while), everything was easy. I also learned early on I was a teacher, which probably made sense as three generations of my family have been teachers, and I seem to be naturally good at that and at working with students of all kinds and backgrounds. And being yourself can get you through all kinds of tricky and challenging situations.

When I was being interviewed for the Rhodes Scholarship, I spent some time in the interview “waiting room” with another candidate who was extremely impressive. He was a Canadian who had gone to Yale; he was a rower, he was very well spoken, and so on. So we chatted for a while and I started thinking “This is never going to work. This guy is much more impressive than I am.”  So I just decided that instead of going into my own interview with any kind of an agenda or plan I was just going to go in and have a nice chat with the interviewers so I could go on with my day, as it was obvious to me I was never going to get to Oxford. So I went in and had that nice chat. And I won the scholarship, purely because I decided to just be myself.

It is critical. But you have to know what those skills are. In American law schools we still teach law students to research and write briefs and memos just like we might have in the late 19th century, or the earlytomid-20th. But I wonder whether that is  the right strategy any more. Legal employers, law firms  and courts need much shorter documents these days and law students need to know how to write in other formats that are quicker to produce and quicker to read. Law students also need to know their way around the internet – and I mean the real internet, not the expensive pay databases. We do not teach them those things in class. On JURIST, however, our law student staffers learn real-time legal research skills locating material literally as it comes online as events unfold and decisions are handed down, and they learn to write about it quick, succinctly, and in plain English. I think that is the wave of the future. So on JURIST, we teach our student staff legal research and writing skills for the 21st century, not the 19th.

5. With the pandemic in our amidst, not only the world has been digitalising but the courts in India are also now actively switching to online court proceedings. What are your views on this change and do you think it should replace the old system of physical courts in the long term?

I certainly do not think online court proceedings will replace physical court proceedings, especially after the pandemic, but they will supplement and extend them, and I think that is a good thing. The trend was already happening before the pandemic. When I was visiting the Canadian Supreme Court a couple of years ago I saw the TV video screens set up for arguments by remote counsel. That option certainly was not available when I clerked at the Court in the 1980s, but it was helpful for the Judges, the lawyers and parties to litigation to have that option. It’s certainly come in handy now

6. Your studies focus on legal history and culture, what do you think is the significance of India’s legal history in the way law is treated in the country today? What is the importance of studying the history of law?

The study of legal history gives you perspective and helps you realise that law is the way it is because of distinct circumstances that can often be changed. Certainly law embraces important principles and values that can be timeless, but history shows that to a large extent law is a choice that we make, and we can shape it to our needs. And when it no longer suits our needs, or no longer fit with social priorities, it needs to be changed.

I think we need more legal history in American law schools, and probably in Indian law schools too. It would help give us a more critical perspective on ourselves. I actually teach a little bit of Indian legal history over here. One of my courses at the University of Pittsburgh is a course on early legal systems called “How Law Began”. We look at early legal systems from ancient Mesopotamia, through Egypt, Greece and the Roman Republic and Empire through early Islam, ancient India and ancient Chinese law. The course is comparative and has a tremendous amount of fun. You have not lived until you try to teach American law students the Edicts of Ashoka and the Laws of Manu. But believe it or not, some of them (especially the smarter and more broadminded ones) are interested. And I think that is terrific. This teaches them sensitivity and respect for cultures radically different from their own.

7. As a teacher with such unique and exemplary methods of teaching and a student with such high credentials, please inspire us with your journey from being a student to a teacher.

I am not sure I have ever made that transition. To my mind the good teacher is always a student – he (or she) always realise that he has a tremendous amount to learn, and actually knows very little. Of course I write articles and I am working on a book, but I read all the time, and that reading gives me many, many new ideas that I can share with my own students as we learn together. And that is what it is all about – whether I am in front of a class, or in front of a computer screen looking a staff of JURIST students from all over the world. We are all just learning together and learning from each other, and I never want to stop learning from my students and from everything in the world around me so I can share that learning with others. This is  who I am. 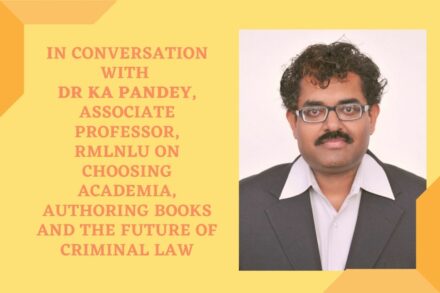 In conversation with Dr KA Pandey, Associate Professor, RMLNLU on choosing academia, authoring books and the future of criminal law 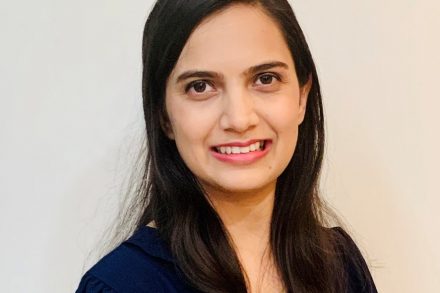 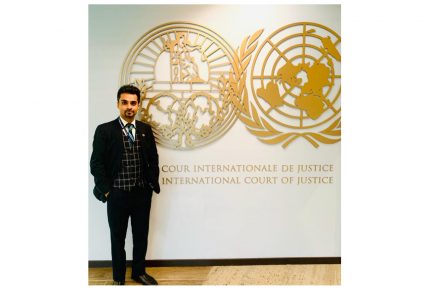