Supreme Court: Asking Telecom Operators to make the payment of 10% of the total AGR dues as by 31.3.2021, the 3-judge bench of Arun Mishra, SA Nazeer and MR Shah, JJ gave 10 years to the Telecom Service Providers (TSPs) to complete the payment of their AGR dues.

“The TSPs make payment in yearly instalments commencing from 1.4.2021 up to 31.3.2031 payable by 31st March of every succeeding financial year.”

The Union of India on the representation made by the telecom service providers and Indian Banks’ Association, had decided to provide the facility of making payment in instalments within 20 years. The Court, however, said that the period of 20 years fixed for payment is excessive.

“… it is a revenue sharing regime, and it is grant of sovereign right to the TSPs. under the Telecom Policy. We feel that some reasonable time is to be granted, considering the financial stress and the banking sector’s involvement. We deem it appropriate to grant facility of time to make payment of dues in equal yearly instalments.”

The Court, however, clarified that at the same time, it is to be ensured that the dues are paid in toto.

“The concession is granted only on the condition that the dues shall be paid punctually within the time stipulated by this Court. Even a single default will attract the dues along with interest, penalty and interest on penalty at the rate specified in the agreement.”

The Court noticed that the decision of the Cabinet is based on the various factors, and in the interest of the economy and the consumers. The decision is taken after extensive deliberations and consultations, and till the date of judgment, the dues have been worked out as per the decision rendered by this Court. Only for the subsequent period, some relaxation has been given as to the rate of interest, penalty, and interest on penalty, which is permissible.

“The arrears have accumulated for the last 20 years. It is also to be noted that some of the companies are under insolvency proceedings, validity of which is to be examined, and they were having huge arrears of AGR dues against them.  For protecting the telecom sector, a decision has been taken on various considerations mentioned above, which cannot be objected to.”

The Court, hence, noticed that is clear that in the case, which was decided by this Court relating to AGR dues, respondents were the parties, and they were litigating with respect to the definition of AGR in the second round of appeal filed before this Court.  Each of them was aware that the dispute as to the definition of AGR was pending in this Court. Thus, it is apparent that it was known to the parties that AGR dues to be finalised as per the decision of this Court in a pending matter, and lis was pending for the last 20 years.

“In  case demand notice has not been issued, let DoT raise the demand within six weeks from today.” 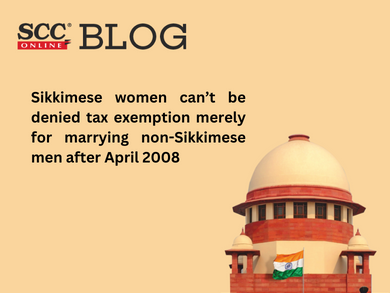 Bom HC | [COVID-19] |Costs imposed for listing non-urgent matter, inspite of Court’s circular for steps to be taken for prevention of Coronavirus, in which listing of only ‘Urgent Matters’ was specified