The case, in a nutshell, is that a mining lease in favour of the accused petitioner’s late father Mr Patnaik over an area for Manganese for 20 years and Iron Ore Mining lease was granted for 30 years in 1959. However, in the year 1967 Mr Patnaik surrendered the mining lease for Manganese but continued for Iron Ore and applied for renewal of the lease in 1988 for the break-up area, but without the de-reservation proposal though there were forest areas within the applied area. However, no renewal of fresh lease was granted in his favour after 1989, but the period was further extended for one year. The petitioner accused is alleged to apply for a lease on behalf of his father in 1991 to the Government in the Department of Steel and Mines for grant of working permission pending renewal of mining lease which was granted without any approval by the Ministry of Environment and Forest. The father of the petitioner died in 1995. The Ministry of Environment and Forest in its letter dated 3.9.1998 communicated the permission for DRP (De-reservation Proposal).

In the meantime accused requested the Government in Steel and Mines Department for 20 years renewal of the mining lease, however, without submitting the application in proper form and submitted another proposal for by enclosing a forged will. He was charged under offences under Sections 13(2) read with Section 13(1)(d) of the Prevention of Corruption Act,1968, Sections 379/120-B of the Indian Penal Code, Sections 21 of the Mines and Minerals (Development and Regulations) Act, 1957 (hereinafter in short called “MMDR Act”), Section 3-A of the Forest Conservation Act, 1980 and Section 58 of the Mineral Conservation and Development Rules, 1988. The instant criminal revision petition is filed to challenge the order dated 19.07.2019 passed by the learned Special Judge (Vigilance), Keonjhar.

Counsel U.C. Patnaik, G. Mukherjee, S. Panda, R. K. Mohanty and Sumitra Mohanty represented the petitioner’s side. The petitioners have submitted that cognizance taken on the report of Vigilance Police is bad in the eye of law as per Section 22 of MMDR Act. It was further submitted that the complaint at the instance of the Vigilance Police and initiation of the proceeding thereof by taking cognizance of the offences by the court is vitiated as per Orissa Minerals (Prevention of Theft, Smuggling & Illegal Mining and Regulation of Possession, Storage, Trading and Transportation) Rules, 2007. It was further submitted that the provisions of the MMDR Act or MCD Rules never mean to constitute the offence of theft. It was also submitted that the two co-accused have retired from service in 1994 and 1996 respectively and therefore, initiation of any judicial proceeding against them after four years of their retirement is not permissible in view of the provision contained in Rule 7(2)(c) of the OCS (Pension) Rules, 1992.

Counsel for the respondent Sangram Das submitted that the Vigilance Officials have been duly empowered and authorized to conduct enquiry and investigation in respect of all such offences by the Notification of Government. As per Sections 22 and 23B of the MMDR Act, in its Notification dated 19-12-2009 has named the Director of Mines and two Joint Directors authorizing them to exercise the powers of detection/seizure and confiscation, etc. in connection with illegal mining activities for all type of minerals covering the entire State of Odisha. Hence the argument of the petitioners holds no value. It was further submitted that where a person without any lease or license or authority extract minerals and remove and transport them with an intent to remove dishonestly, is liable to be punished of committing such offence under Sections 378 and 379 of the IPC. The argument regarding retirement stands vitiated as the same is barred under Section 7(2)(c) of the OCS (Pension) Rules, 1992, and is not found acceptable. It is because Rule 7 has a limited field of application and cannot be extended to put an absolute bar against criminal prosecution.

The Court relied on the judgment titled Fani Bhusan Das v. State of Odisha, 2018 SCC Online 310 and held that the provision of the CrPC shall have an overriding effect and shall prevail notwithstanding any provision in the Pension Rules, and therefore, the provisions of OCS (Pension) Rules, 1992 would not give any relief to the petitioners.

Jhar HC | [Sales Tax and VAT] Only because a provision has been made for levy of penalty, the same by itself would not lead to the conclusion that penalty must be levied in all situations; HC reiterates 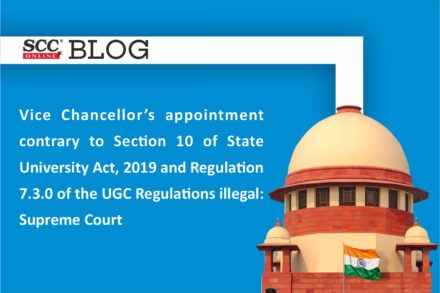 Reported By Editor Published on November 14, 2022