Tweet
Himachal Pradesh High Court: Anoop Chitkara, J. dismissed the petition as the petitioner failed to cross the hurdle of Section  37 of NDPS Act, and was not entitled for bail.

The facts of the case starts  on 26-05-2019, when the Police party headed by inspector/in charge of Police Station Jogindernagar, District Mandi, had erected/laid a barrier and apprehended a car which was being driven by one Tule Singh who started stammering and his body language and gesture raised suspicion after which police asked for registration certificate and other records, failing to produce which, the police searched the car in the presence of two independent witnesses and recovered charas and opium of commercial quantity. On conducting further raids, financial investigation and call record analysis it was revealed that Ram Singh alias Om Prakash i.e the bail petitioner who sold the recovered contraband.  The petitioner who along with the main accused, is under incarceration has again come up before this Court seeking bail, on the grounds that this Court has granted bail to one of the co-accused.

Counsel Vinod Chauhan representing the bail petitioner submitted that the petitioner is also entitled for bail on the grounds of parity as the co-accused has been granted bail.

Counsel Nand Lal Thakur,  Ashwani Sharma, Ram Lal Thakur and Rajat Chauhan representing the respondents contended that this Court had granted bail to co-accused as he was able to cross the rider of Section 37 of the NDPS Act.

The Court summarised the law and laid down guiding principles relating to rigors of Section 37 of NDPS Act, while granting bail involving commercial quantities in the NDPS Act:

a) The limitations on granting of bail come in only when the question of granting bail arises on merits. [Customs, New Delhi v. Ahmadalieva Nodira, (2004) 3 SCC 549].

b) In case the Court proposes to grant bail, two conditions are to be mandatory satisfied in addition to the standard requirements under the provisions of the CrPC or any other enactment. [Union of India v. Niyazuddin, (2018) 13 SCC 738].

c) Apart from granting opportunity to the Public Prosecutor, the other twin conditions which really have relevance are the Court’s satisfaction that there are reasonable grounds for believing that the accused is not guilty of the alleged offence. [N.R. Mon v. Md. Nasimuddin, (2008) 6 SCC 721].

d) The satisfaction contemplated regarding the accused being not guilty has to be more than prima facie grounds, considering substantial probable causes for believing and justifying that the accused is not guilty of the alleged offence. [Customs, New Delhi v. Ahmadalieva Nodira, (2004) 3 SCC 549].

f) If the statements of the prosecution witnesses are believed, then they would not result in a conviction. [Babua v. State of Orissa, (2001) 2 SCC 566].

g) At this stage, it is neither necessary nor desirable to weigh the evidence meticulously to arrive at a positive finding as to whether or not the accused has committed an offence under the NDPS Act and further that he is not likely to commit an offence under the said Act while on bail. [Union of India v. Rattan Mallik, (2009) 2 SCC 624].

h) While considering the application for bail concerning Section 37, the Court is not called upon to record a finding of not guilty. [Union of India v. Shiv Shanker Kesari, (2007) 7 SCC 798]. 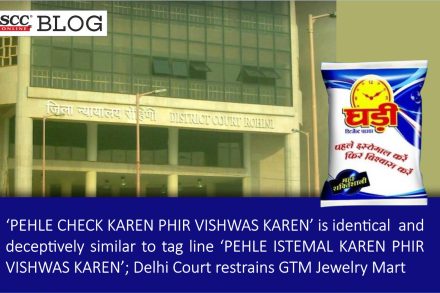 All HC | State officers should enumerate the charges properly while issuing show-cause notices, cancellation of license set aside