NTPC Limited is a ‘generating company’ as defined under Section 2(28) of the Electricity Act, 2003 whereas the Respondent, POSOCO is the National Load Despatch Centre (NLDC) and is the implementing agency for scheduling and dispatch of electricity. Five gas-based generating stations of NTPC were directed by NLDC to operate so as to maintain the grid frequency, there was a huge difference in the energy charges received and actual fuel cost borne by these generating stations by participating in RRAS. This made NTPC incur losses and therefore, they filed the petition.

The petitioner formed their case under Regulation 15 and 16 of the ASO Regulations which discuss the Commission’s power to relax any of ASO’s regulation and Commission’s power to issue direction.  They further contest the intent of the ASO regulations by stating it to be one which intends that the generating companies recover all reasonable costs and expenses and also get incentivized to participate in RRAS and do not incur losses for such participation. The respondent’s contend  according to ASO regulations, no retrospective settlement shall be undertaken, therefore, ASO Regulations have to be read in their entirety.

Commission in deciding the retrospective settlement issue, went through the Statement of Reasons(SoR) for ASO regulations and found that “participation in RRAS is based on the prices intimated at the time of participation and same cannot be changed subsequently”. The relevant  extract from the Statement of Reason (SoR) of the CERC Regulations, 2015 was stated where it was clearly stated that “No retroactive settlement shall be undertaken even if the fixed or variable charge is modified at a later date.” (emphasis added) .  The petitioner’s request for retrospective change of variable cost of the imported RLNG based generating stations would go against this principle specified for implementation of RRAS and shall defeat the very purpose of making it a merit order based despatch . The Commission rejected the petition by finding that relaxing the provisions of the regulation and allowing true-up of the variable charges, would amount to changing the basic structure and principle of despatch of generating stations under RRAS. Therefore, relaxation sought by the petitioner in provisions of Regulation 13.3 by application of Regulation 15 and truing-up of the variable charges for RLNG was rejected.[NTPC Ltd. v .Power System Operation Corporation Limited, Petition No. 382/MP/2018, decided on 27-07-2020]

Second complaint based on discovery of new facts in the same matter is maintainable: SC 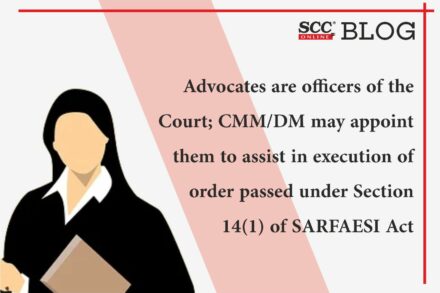