Tweet
Supreme Court of The United States (SCOTUS): In a 5:4 decision, the majority  comprising of John G. Roberts Jr., Chief Justice, and Stephen G. Breyer, Ruth Bader Ginsburg, Sonia Sotomayor, Elana Kagan, JJ., denied permission to Calvary Chappel, a Nevada church, to hold services on the same terms which were allowed by the State Directive to casinos and certain other facilities. However, strong dissent was registered by the remaining Judges on the Bench – Clarence Thomas, Brett Kavanaugh, Samuel Alito, and Neil Gorsuch, JJ.
The application by the Church for injunction was denied by the Court in a single sentence:
“The application for injunctive relief presented to Justice Kagan and by her referred to the Court is denied.”
Alito, J. ( joined by Thomas and Kavanaugh, JJ. in his dissent) observed:

Constitution says nothing about the freedom to play craps or black-jack, to feed tokens into a slot machine, or to engage in any other game of chance.

The dissenting Judges were of the view that:
The State of Nevada in view of the directive has discriminated in favor of the powerful gaming industry.

Governor of Nevada issued a directive that severely limits attendance at religious services.

According to the directive, it has been stated that a church, synagogue or mosque regardless of its size may not admit more than 50 persons but casinos and certain other favored facilities may admit 50% of their maximum occupancy.

The said church wished to host worship services for about 90 congregants with all the precautions being adhered to. But hosting the said worship service would violate the Directive 21 issued by Nevada Governor.

Meanwhile, the directive caps a variety of secular gatherings at 50% of their operating capacity, meaning that they are welcome to exceed, and in some cases far exceed, the 50-person limit imposed on places of worship.

Citing the heterogenous treatment, Calvary Chapel sought injunction allowing it to conduct services in accordance with its plan stating the adherence of all the measures required in view of COVID-19 Pandemic.

Though the relief was denied, the dissenting Judges were of the view that at the outset of an emergency, it may be appropriate for Courts to tolerate very blunt rules that imposed unprecedented restrictions on personal liberty, including the free exercise of religion. That is what has happened thus far. But State certainly has not shown that church attendance under Calvary Chapel’s plan is riskier than what goes on in casinos.

A public health emergency does not give Governors and other public officials carte blanche to disregard the Constitution for as long as the medical problem persists.

The dissenting Judges noted that the problem is no longer one of exigency, but one of considered yet discriminatory treatment of places of worship.

While the directive’s treatment of casinos stands out, other facilities are also given more favorable treatment than houses of worship.

“…while Calvary Chapel cannot admit more than 50 congregants even if families sit six feet apart, spectators at a bowling tournament can sit together in groups of 50 provided that each group maintains social distancing from other groups.”

The directive blatantly discriminates against houses of worship and thus warrants strict scrutiny under the Free Exercise Clause.

Observations of dissenting Judges:
Alito, J., who was joined by Thomas and Kavanaugh, JJ., placing a dissenting opinion, stated that preventing congregants from worshipping will cause irreparable harm, and the State has made no effort to show that Calvary Chapel’s plans would create a serious public health risk.

He suggested, the idea that “allowing Calvary Chapel to admit 90 worshippers presents a greater public health risk than allowing casinos to operate at 50% capacity is hard to swallow”: For casinos, operating at 50% is likely to mean thousands of people, standing close together and drinking alcohol, which requires them to take off their masks.

Gorsuch, J.,  dissenting from denial of application for injunctive relief, stated that,

“In Nevada, it seems, it is better to be in entertainment than religion.”

But the 1st Amendment prohibits such obvious discrimination against the exercise of religion.

“…there is no world in which the Constitution permits Nevada to favor Caesars Palace over Calvary Chapel.” 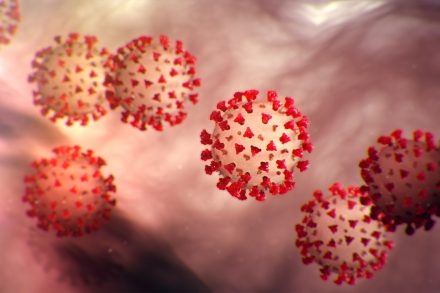 Compulsory confession by Church does not violate right to privacy and freedom of religion of Church members, but is protected under Article 26 of the Constitution