An Online Interactive Session is all set to be hosted by the CAN Foundation & Himachal Pradesh National Law University, Shimla. The esteemed Panelists for the session include Mr. Justice Surya Kant, Judge, Supreme Court of India and Former Chief Justice, Himachal Pradesh High Court as the Keynote Speaker and Mr. Nidhesh Gupta, Senior Adv., Supreme Court of India as the Co-Panelists.

The Session is all set to illuminate the young minds of the Country by delving into one of the most crucial topics of the present times titled as “Environment & The Economy : Reimagining Key Concepts & Precepts”.  The relevance of such a discussion is far more important given the context of the Climate Crisis that humankind is facing.

In the Keynote Address, the attendees will have the pleasure of hearing Mr. Justice Surya Kant, Judge, Supreme Court of India, who is also poised to be appointed as the first Chief Justice of India from the State of Haryana along with a tenure of 15 months, share his views on the following themes:-

Mr. Nidhesh Gupta, Eminent Senior Advocate, Supreme Court of India and the Co-Panelist for the session will be delving in:-

The Session shall be moderated by Ms. Charanya Lakshmikumaran, Partner, Lakshmikumaran and Sridharan (L&S) and Mr. Parthsarathi Jha, Associate Partner, Economic Laws Practice (ELP). Ms. CharanyaLakshmikumaran heads the firm’s High Court and Supreme Court practice at New Delhi. She has had a prolific run while being associated with the Office of the Attorney General For India, Mr. KK Venugopal. Mr. Parathsarathi Jha is an Alumni of Hidayatullah National Law University and earned his LL.M. at Harvard Law School and has a vast history of advising the Government of India on Trade and Energy related rights and obligations.

The Welcome Address will be delivered by Prof. (Dr.) Nishtha Jaiswal, Vice-Chancellor, HPNLU, Shimla one of the eminent members of the Legal Academia.

Registration can also be done via CAN Foundation’s website – HERE

The CAN Foundation is known for their efforts in increasing access to Education by aiding meritorious students and professionals by easing their financial burdens and encouraging young members to take up a career in Litigation. The Foundation has also had the distinct pleasure of bringing distinguished members of the Bar and the Bench to partake in promoting Legal Discourse in the Nation. An Online Lecture with Ms. Justice Indu Malhotra, Judge, Supreme Court of India was organised in collaboration with National Law University Odisha wherein the attendees had the feat of hearing the Justice share her vast expertise in the field of Arbitration. Thereafter, the Foundation also endeavoured to share the experiences of members of the NLU community as members of the Bar and the Bench.  Mr. Justice Shekhar B. Saraf, Judge, Calcutta High Court and Mr. Justice Suraj Govindaraj, Judge, Karnataka High Court, Alumni of the National Law School of India University, were invited to share their illustrious experiences and journey. The Foundation has also previously hosted Senior Counsels of eminent repute at the National Level, including the Mr. Harish Salve, Senior Advocate, Supreme Court; Mr. Kapil Sibal, Senior Advocate, Supreme Court; Mr. Mukul Rohatgi, Senior Advocate, Supreme Court and many other eminent personalities in the Legal Fraternity. The Interactive Session is being organised in Media Partnership with Bar & Bench. Bar and Bench is a well-known name in the Legal Fraternity, hailed for their impeccable journalistic ethics. They have truly raised the Bar of Legal Reporting in the nation. 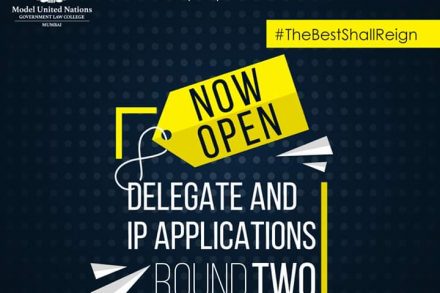 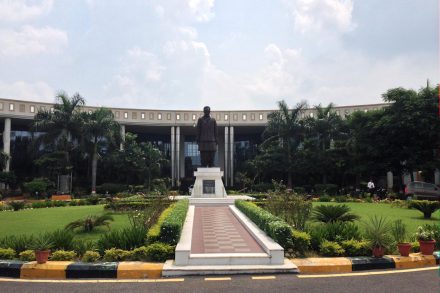 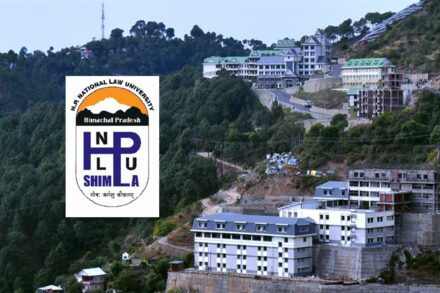 By Bhumika Indulia Published on September 7, 2022