Federal Court of Australia: Charlesworth J. confirmed an Interim Control Order (ICO) against a suspected Islamic State (IS) member issued in November, 2019, extending its validity till 21-11- 2020. Having been satisfied on the balance of probabilities that each of the obligations and prohibitions imposed on the respondent are reasonably necessary, the Court confirmed the Order since it satisfied the test under Section 104(1)(d) of the Criminal Code Act, 1995, which required it to “substantially assist in preventing: (a) a terrorist act; or (b) the provision of support for or the facilitation of a terrorist act.”

The respondent is a naturalised Australian citizen of Somali origin. Authorities had recovered several incriminating evidences against the respondent, such as multiple online blogs relating to Islamic State, group chats with known terrorists, attempt to conceal her past communications, attempt to travel to Syria to join IS, and recordings and phone calls containing similar extremist content. Based on the severity of the offence and the evidences, the respondent was sentenced to two-and-a-half years’ imprisonment; but was later acquitted. Her acquittal was challenged in the High Court of Australia, but the matter is yet to be heard..

The respondent contended that she does not presently adhere to any extremist ideology, and that the confirmed ICO does not satisfy the test in Section 104(1)(d) of Criminal Code Act, 1995, as no specific terrorist act had been identified by the applicant, who is a member of the Australian Federal Police.

The Court considered evidence adduced during “three critical periods”: before her arrest; during her imprisonment and after her acquittal, up till the date of this judgement. It observed that the respondent understood the material she consumed and her “conduct… was an outward manifestation of her commitment to a radical ideology, including her willingness to play an active role in the use of violent acts to establish a strict fundamentalist society”. The Court noted that she had engaged in multiple communications with members of Clavell Family, many of whom were also imprisoned at that time. The Court observed that ICO satisfies the balance of probabilities test in Section 104(1)(d) as the respondent poses a “real risk,”considering that her commitment to ideologies of the IS cannot be ruled out, and the ICO’s implementation can substantially assist in the prevention of a terrorist act, or its support and/or facilitation. The ICO will “represent a significant incursion on the respondent’s civil liberties,” which is reasonably necessary considering she may again associate with other adherents of the IS and consume extremist materials similar to the evidence found against her. [McCartney v. Abdirahman-Khalif,  (No 2) [2020] FCA 1002, decided on 17-07-2020] 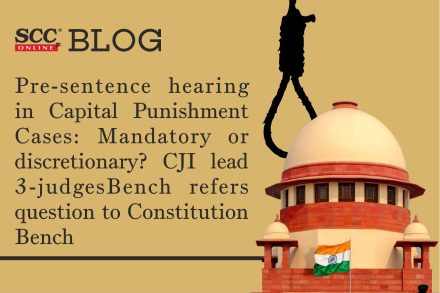