Supreme Court: In a case where a Supreme Court Advocate Reepak Kansal had filed a writ against various officers of the Supreme Court Registry and the Union of India alleging bias in filing of cases, the bench of Arun Mishra and SA Nazeer dismissed the petition and imposed a cost of Rs.100/­ on the petitioner “as a token to remind his responsibility towards noble profession and that he ought not to have preferred such a petition.”

It was averred by the petitioner that equal treatment has not been given to the ordinary lawyers/ litigants and that the Registry officials favour some law firms or Advocates for reasons best known to them.

The petitioner had prayed the Court to:

On the merits of the case:

Rejecting the claims by the petitioner, the Court said that

“it has become a widespread practice to blame the Registry for no good reasons.”

When the petition was listed, the petitioner circulated a letter to the effect that, as per procedure, he expected that he would be called for interaction by Registrar of this Court to find out his fitness whether he could argue a case in person. On this the Court said,

“The petitioner ought to know that he is an Advocate of this Court and argues the matter in this Court.  As such, it was not necessary to summon him for adjudging his capability as to whether he could argue the case. “

In the letter circulated by him, it was further stated that he wanted to collect the evidence and to file it, and for that purpose, he prayed for six weeks’ time.

“The conduct indicates that the petitioner was careless and not serious while he made the allegations.  He filed writ application without due inquiries, and without collecting the requisite material.  Such conduct was least expected of an officer of this Court. Petitioner ought to have been careful before cast of unnecessary aspersions on the Registry and staff of this Court.”

While the Court said that it expects from the Registry to work efficiently and effectively, at the same time, it is expected of the lawyers also to remove the defects effectively and not to unnecessarily cast aspersions on the system.

The Court also took judicial notice of the fact that such evil is also spreading in the various High Courts, and Registry is blamed unnecessarily for no good reasons and asked lawyers to remember that they are the part of the judicial system; they are officers of the Court and are a class apart in the society.

“The Registry is nothing but an arm of this Court and an extension of its dignity. Bar is equally respected and responsible part of the integral system, Registry is part and parcel of the system, and the system has to work in tandem and mutual reverence.”

The Court went on to state that the staff of this Court is working despite danger to their life and safety caused due to pandemic, and several of the Dealing Staff, as well as Officers, have suffered due to Covid­19.

“During such a hard time, it was not expected of the petitioner who is an officer of this Court to file such a petition to demoralize the Registry of this Court instead of recognizing the task undertaken by them even during pandemic and lockdown period.”

The Court, hence, asked the petitioner to be more careful and live up to the dignity of the profession which it enjoys. 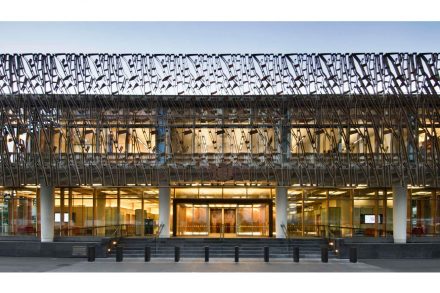 J&K and Ladakh HC | Will a rumourous tweet make one legally liable even when one deletes it on coming to know it to be untrue? HC decides

Utt HC | Ex-Servicemen Scheme benefits not conferred upon married daughter and her children, amounts to violation of Arts. 14 & 15 and gender inequality