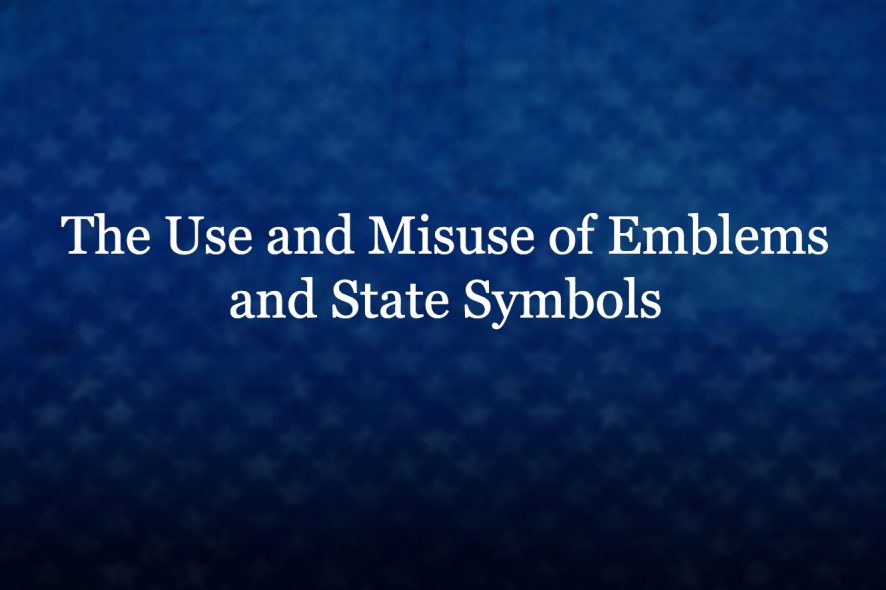 The National Emblem was adopted by the Government of India on 26th January, 1950, and it is regarded as a symbol of power of the Government. The National Emblem, other emblems and names are governed by different legislations. The National Emblem is governed by the State Emblem of India (Prohibition of Improper Use) Act, 2005[1] and the State Emblem of India (Regulation of Use) Rules, 2007[2]. The Indian National Flag, the name, emblem or official seal or emblem of the Government of India or of any State, or any other insignia or coat-of-arms used by the Governments or by a Department of any such Government, etc. are governed by the Emblems & Names (Prevention of Improper Use) Act, 1950[3] and the Emblems & Names (Prevention of Improper Use) Rules, 1982[4]. The objective of these legislations is to prohibit the misuse of the National Emblem, Names and Symbols and to prevent them from being misapplied. The three lions on the National Emblem symbolise justice, peace and tolerance. The National Emblem, State Symbols, and Names possess ultimate importance and cannot be garbled to bewilder the public at large to make them fall for misemployed emblems and symbols. It becomes profusely important for the public to be aware of the authenticity of the use of emblems and symbols especially when inscribed by non-governmental organisations in their flyers or brochures to collect funds, donations, and contributions in times of crisis.

(2) No Commission or Committee, Public Sector Undertaking, Bank, Municipal Council, Panchayat Raj Institution, Parishad, non-government organisation, University, other than those authorised under these rules, shall use the emblem in any manner.

(3) No association or body of persons, whether incorporated or not, shall use the emblem on their letter-heads, brochures, seats, crests, badges, house flags or for any other purpose in any manner.

(4) The stationery, including letter heads, visiting cards and greeting cards, with emblem printed or embossed on it, shall not bear words, like, Advocate, Editor, Chartered Accountant with the name of the person authorised to use the emblem under these rules on the stationery.”

This article highlights the use of emblems and State symbols, their misapplication for unnecessary gains and the role of the public to handle such precarious situations.

“17. We take it that the scheme disclosed in the provisions of the Act read with the Preamble, and the Objects and Reasons make it clear that there was imperative necessity for regulating the use of certain emblems and names. The fact that only improper use of the names and emblems is prohibited itself provides guidance. The original entries in the Schedule would also point to the nature and character of the names, emblems and entities. It is not possible for Parliament to envisage the possibility of improper use of all names and emblems as time goes on. Nor is it possible to enumerate in the Schedule an exhaustive list of all the names, emblems and entities. Section 8, therefore, makes provision for empowering the Central Government to add to or alter the Schedule. In the nature of things, there is no abdication of legislative function by Parliament in delegating its power under Section 8 in favour of the Central Government which will be the appropriate authority to consider from time to time as to the items to be included in or omitted from the Schedule in the light of knowledge and experience gathered from the nook and corner of the entire country. There is, therefore, no excessive delegation of legislative power by Parliament in favour of the Central Government. From the Objects and Reasons, the Preamble and the provisions of the Act with the built-in-limitations in Section 3 taken with the Schedule, a policy is clearly discernible and there is sufficient guidance therein to enable the Central Government to exercise its power under the Act….”

Therefore, the legislative intent while making laws to protect the emblems and names from being misused was to prohibit persons or organisations from using emblems, symbols or names for the purposes of trade, business, or any profession.

EMBLEMS AND SYMBOLS BEING MISUSED IN TIMES OF CRISIS?

It has been increasingly seen that some persons or organisations use the emblems to give an impression that they belong to the Government or make such a claim (expressly or impliedly) that the document on which such emblems and symbols are inscribed, are official government documents or documents endorsed by the Government.  Some non-governmental organisations, private organisations, and other entities blatantly misuse the Indian Emblem and State symbols to earn profits through advertisements, promotions, brochures, flyers, and handouts of their projects. With the usage of emblems and State symbols, common people are misled and they end up falling prey to such misapplication of emblems and State symbols. The onus to prove the genuine use of emblems or symbols is on the person using the same and the public has the right to know what is authentic and what is fallacious.

In times of a pandemic, crisis or calamity, private organisations often reach out to the general public for donations, funds and contributions for the poor and the downtrodden sections of the society which is commendable but the authenticity of such an organisation is of paramount importance otherwise people might end up getting duped and their donations will never reach the intended recipients. We have repeatedly seen some private and non-governmental organisations taking a humongous advantage especially in situations of extreme urgency to apply the National Emblem for their cause which is an unlawful thing to do and if a person is found guilty, he shall be punished with an imprisonment or with fine or both under the State Emblem of India (Prohibition of Improper Use) Act, 2005 and the Emblems & Names (Prevention of Improper Use) Act, 1950. The penalty prescribed under the State Emblem of India (Prohibition of Improper Use) Act, 2005 is reproduced below:

(2) Any person who contravenes the provisions of Section 4 for any wrongful gain shall be punishable for such offence with imprisonment for a term which shall not be less than six months, which may extend to two years and with fine which may extend to five thousand rupees.”

SOME LOOPHOLES WHICH NEED PLUGGING

Section 3 of the State Emblem of India (Prohibition of Improper Use) Act, 2005, prohibits the improper use of emblem and it is reproduced as under:

“3. Prohibition of improper use of emblem.—Notwithstanding anything contained in any other law for the time being in force, no person shall use the emblem or any colourable imitation thereof in any manner which tends to create an impression that it relates to the Government or that it is an official document of the Central Government, or as the case may be, the State Government, without the previous permission of the Central Government or of such officer of that Government as may be authorised by it in this behalf.”

Section 4 of the State Emblem of India (Prohibition of Improper Use) Act, 2005, prohibits the use of emblem for the purpose of any trade, business, calling or profession or in the title of any patent, or in any trade mark or design. In the same way, under the Emblems & Names (Prevention of Improper Use) Act, 1950, Section 3 prohibits the use of emblems and names, reproduced as under:

“3. Prohibition of improper use of certain emblems and names.—Notwithstanding anything contained in any law for the time being in force, no person shall, except in such cases and under such conditions as may be prescribed by the Central Government, use or continue to use, for the purpose of any trade, business, calling or profession, or in the title of any patent, or in any trade mark or design, any name or emblem specified in the Schedule or any colourable imitation thereof without the previous permission of the Central Government or such officer of Government as may be authorised in this behalf by the Central Government.”

Therefore, it is apt to enunciate that the NGOs or individuals cannot use emblems and State symbols without the nod of the Central Government as mentioned in the Acts. It must be made mandatory for all the NGOs or other organisations who use the emblems and symbols to undertake that permission has been granted to them for using the emblems and symbols so that people do not get misled and there is absolute authenticity while making contributions to such organisations. A common man will be able to know that the usage of emblem and symbol is valid only when NGOs or other organisations are mandated to disclose the factum of permission having been granted to them, be it on their websites, brochures, handouts, pamphlets, etc., otherwise common people will continue to fall prey to such shams, defeating the very purpose behind these legislations. Often the purpose of making a donation is urgent or time bound, it will not make sense if the only way to know whether the use of emblem is genuine or not, is by writing to the organisation or government authority.

The public at large needs to be vigilant and aware when it comes to donating money to such NGOs etc., who more often than not, do not have the permission to use the National Emblem or State Symbols in their projects. The emblem easily makes them fall prey to the mischief of such organisations. The people who come across such posters, pamphlets and brochures should first enquire thoroughly about the whereabouts and authenticity of such non-governmental organisations and for the best interest of the society at large, report it under the State Emblem of India (Prohibition of Improper Use) Act, 2005 and Rules 2007 or the Emblems & Names (Prevention of Improper Use) Act, 1950 and Rules, 1982.

The objective of the legislature while making laws for preventing the misuse of National Emblem and State Symbols was profusely clear as it wanted people not to get tricked by such violators who use these symbols and emblems without approval to make undue gains. Therefore, people have a moral and legal obligation to double check the organisations seeking donations (especially in the times of crisis) before making any contribution to them. If any organisation is found to be suspicious or doubtful, people must immediately report it under the State Emblem of India (Prohibition of Improper Use) Act, 2005, and the Rules 2007 or, the Emblems & Names (Prevention of Improper Use) Act, 1950 and the Rules, 1982. It is the need of the hour to formulate significant guidelines regarding the usage of emblems and State Symbols for the non-governmental organisations, etc., which will be of great importance in diminishing the existence of spurious organisations and in regulating the use of emblems and symbols. The Central Government needs to perform better than usual in response to this malpractice which is prevalent everywhere in the country and furnish significant guidelines to curb it. Citizens also need to be vigilant while donating money. A clear undertaking must be made mandatory so that the objective of the legislature is not defeated. The present long-drawn and unclear way of finding the authenticity of an individual/organisation using such emblems/symbols is a classic case where (at best) the stable door is shut after the horse has bolted. It must, therefore, be made mandatory to disclose that permission under law has been obtained each time the emblem or symbol, as covered under the aforementioned Acts and Rules, are used. Consequent directions must be sent to all publishers to exercise due care and to refuse publication of any such advertisements etc., where such symbols/emblems have been used, unless accompanied by an undertaking (to be published as well) that the requisite permission under law has been obtained. 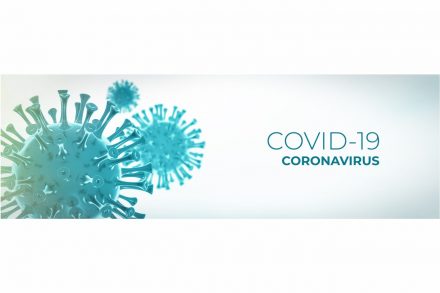 By Devika Sharma Published on November 2, 2020 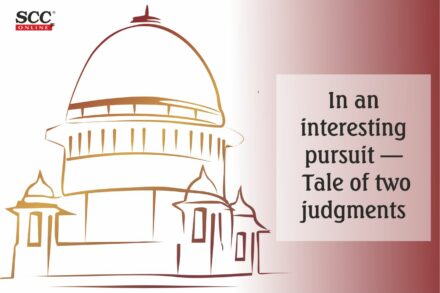 In an interesting pursuit ― Tale of two judgments