Tweet
Pallavi Mishra, a fourth year student at Hidayatuallh National Law University, Raipur. She has recently got a PPO at S&R Associates, Mumbai and also made it to the Octa finals of Willem C. Vis Moot, Hong Kong. She has been interviewed by Sharon David

1. Tell me something about yourself.
I am Pallavi Mishra, 4th year student from Hidayatullah National Law University, Raipur.

2. When and why did you choose to pursue Law as a career?
Law for me had always been a conscious career choice for many reasons. Primarily, the fact that I really liked the concept of an integrated five years course which consisted of both Humanities subjects and law motivated me to pursue it. I also had a lot of people around me pursuing law and doing well which definitely influenced me to choose this over any other profession.

3. You recently received recognition in the Willem C. Vis Moot, please share your experience with us.
I participated in the 16th Willem C. Vis East Moot held in Hong Kong. We were an all girls’ team of four members. My journey to Vis has been very delightful and a wonderful experience.

This moot had been on my to do list for a very long time and I had started approaching people to make a team much before the moot proposition was out. Considering that the moot requires a long submission, the issues could be very well divided amongst four people. Two of us dealt with the substantive contentions, and the other two with procedural. We also participated in the pre moots held in Jindal Law School, Delhi and AIAC, Malaysia. The final rounds at Hong Kong were more than just an exchange of arguments, it consisted of many workshops, events, lunch
with the leading arbitrators as well as a forum of meeting a lot of new people from across the  world.

4. How did you prepare yourself for such a prestigious moot?
We started our pre-readings early in July 2018. We aimed to complete Red Fern and Hunter before the moot proposition was to be out so that we had a basic idea about international commercial arbitration, or at least the procedural aspects. Initially, we were being coached by a law student from another university, however, he had to back out due to other commitments. We then received help from our alumni who had participated in this moot earlier. We were done with quite some amount of pre readings by September and focused on solving the moot propositions of the previous years. For the substantive part, we started late in September as the moot proposition usually has a specific section on which the issue is based and thus the pre readings on substantive part does not help much. The moot proposition had released on October 5, 2018 and our internal university challenger was in November thus we aimed to submit a claimant memo by the first week of November. After the challenger got over we made quite some changes to the memo and submitted it on December 6. This was followed by the Respondent memo submission in January.

The Vis organizing committing uploads all the memos on their website and thus it is an open moot mostly based on the speaking skills. To focus on this, we agreed to have all the members as speakers from one side each. Thus, two of us spoke for the claimant and two of us for the respondent. This allowed us to completely work from one side and strengthen it and also reduced the burden and confusion which would have arisen if the speakers had to speak from both the sides.

After the memo submissions, we immediately went on to prepare our speeches and registered for the pre moots in Delhi and Kuala Lumpur. Pre moots really help a lot in Vis and it allows to gather arguments since Vis allows for the scouting. We also received advice from a lot of arbitrators who judged us in the rounds. We got a chance to experience how it would be to face the teams in the actual moot. Pre moots definitely contributed for a lot of the success. We were the quarter finalists in both of these.

We practiced informally with the teams from other colleges and some of the arbitrators who were ready to help us. While at the actual moot, one gets a lot of time in between the rounds as only one round is held in a day, thus we had adequate time to practice our speeches and keep making it better. It was very essential to maintain time and clarity in speeches as usually the arbitrators are strict about the timing. While facing the foreign teams, it definitely becomes a task to understand their accent and address their speeches during rebuttals. However, with constant
practice, this did not pose as a major problem. We reached till the octa finals out of 137 teams and lost by a split decision of 2:1 by the bench in the last round. We also received a respondent citation.

For the funding purposes, we were partly funded by the University as well as some informal help from the people we approached and majorly by Arbitral Women which paid for our registration.

5. How has this helped you evolve as a law student?
It definitely gave me a lot of exposure and allowed me to make new contacts. In terms of academic contribution, I could experience some real time arbitration in the international arena. More than anything, it developed my researching and speaking skills which definitely adds up as being important to the personality. I am motivated again to do a moot this year and look forward to it.

6. What is your advice for students looking to do well in moots?
I suggest that one should choose a subject matter which they would look forward to working on for a couple of months. More than anything, it is very essential to find compatible team members who share an equal passion and can invest in the moot. Pre-readings do give a sufficient idea and direction to proceed with the moot proposition. Above all, do enjoy the journey as it comes with a lot of learning, sleepless nights and many many memories! 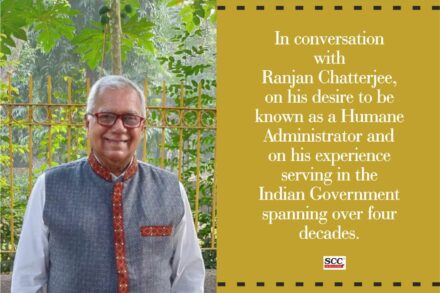 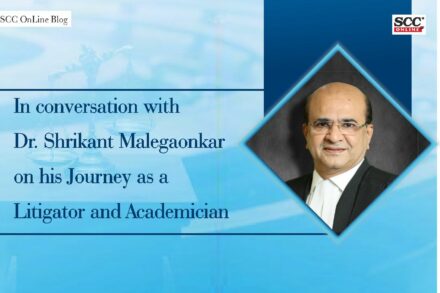 In conversation with Dr. Shrikant Malegaonkar on his journey as a litigator and academician 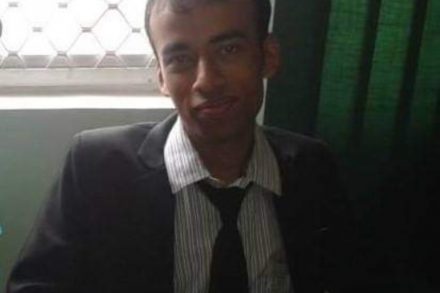