The Arbitration and Conciliation Act, 1996 (hereinafter referred to as “the Act”) is a significant piece of legislation, allowing the parties to resolve their disputes with minimal interference from the judiciary. However, there have been multiple instances where the parties have attempted to bypass interlocutory orders of the arbitral tribunals by approaching established courts. One common method of such nature is to invoke the power of superintendence of the appropriate High Court under Article 227 of the Constitution of India. However, there is conflicting jurisprudence as to whether the High Courts can exercise this power over the arbitral tribunals.

Firstly, it is important to define what a tribunal is. A tribunal is quasi-judicial body to adjudicate disputes related to a specific type of matter. It has power and jurisdiction according to the law or statute which has created it. The purpose in creating such tribunals is to offer a cheaper, less technical and faster alternative to ordinary courts, while also offering specialised knowledge in its jurisdiction. Tribunals are usually created by statutes or by the Constitution, to handle a specific category of litigation.

Keeping this in mind, Article 227 clearly states that every High Court shall have superintendence over all courts and tribunals throughout the territories in which it exercises jurisdiction. Thus, from the previous comparison of statutory tribunals and arbitrary tribunals, it becomes clear that the High Courts may exercise superintendence over them. Yet, the Supreme Court in SBP & Co. v. Patel Engineering Ltd.[2] observed that the practice of the  High Courts, allowing challenges to any orders made by the arbitral tribunals is unwarranted as the Act provides that certain orders can be appealed against under Section 37, and under Section 34, the aggrieved party can challenge the award, including any in-between awards.  As the object of the Act is to minimise judicial interference, the High Courts exercising their jurisdiction under Article 227 and interfering with the orders of the arbitral tribunal while proceedings are ongoing, would defeat the purpose.

Such an observation seems to have been made in good faith, though it has led to unfair consequences. It would be inappropriate for the Courts to interfere with every order or action of an arbitral tribunal as this would frustrate the object of the Act. However, the Supreme Court had failed to consider that circumstances may arise wherein an arbitrator or an arbitral tribunal may issue orders which are prima facie wrong in law. Where an appeal or revision has not been provided for under the Act, it is unfair for an aggrieved party to have to wait for the proceedings to be completed, even when the arbitral tribunal was not acting as per its mandate under the Act. Considering this point, several High Courts have attempted to distinguish the Supreme Court’s observation.

In this regard, a Gauhati High Court judgment stated that in ordinary circumstances, Courts should not interfere in arbitral proceedings, but in exceptional cases, such as when an arbitrator does not exercise the powers vested in him, a petition under Article 227 should not be thrown away[3]. The judgment further differentiated from SBP & Co.[4] decision by stating that in cases of an exceptional nature and where no provisions of revision or appeal lie, the Courts can exercise their power under Articles 226 and 227 against the order of an arbitral tribunal. Thus, it concluded that it would not be proper for parties to wait for the completion of the whole proceeding and passing of an award as prima facie, the arbitrator had not acted in accordance with the Act.

A Bombay High Court judgment has also differentiated SBP & Co. case[5], stating that the Supreme Court has not said that no writ can go to an arbitral tribunal or that such a tribunal is not a person to whom a writ cannot be issued[6]. As the powers under Article 227 are part of the basic structure, they cannot be curtailed by Section 5 of the Act. Based on this observation, the High Court proceeded to interfere with an order made by the arbitral tribunal in question and set aside an interim order.

These judgments have considered that while the Supreme Court was right in holding that it would be inappropriate for the High Courts to exercise their power of superintendence in all cases, it is possible for exceptional cases wherein an aggrieved party is suffering from gross injustice without any recourse. Therefore, it would be wrong to say that these judgments are per incuriam, as they considered a point that the Supreme Court had not regarding exceptional circumstances where the arbitrator or arbitral tribunal is clearly not acting within the mandate given by the Act.

Another judgment, in favour of intervention through Article 227 was given by the Calcutta High Court in Unik Accurates Pvt. Ltd. v. Sumedha Fiscal Services[7]. The conclusion reached by the Calcutta High Court is that a civil court, which exercises appellate power over the arbitral tribunal, is subject to superintendence from the principal civil court, which would be the relevant High Court. If a civil court decides an appeal that has come from an arbitral tribunal, it becomes a case decided as per procedure, becoming amenable to the revisional jurisdiction of a High Court. With these considerations, the Calcutta High Court premised that it would not be logical to hold that an arbitral tribunal is not subject to Article 227. While such an argument seems logical in nature, the only downfall in this reasoning is that there is no other judgment or authority cited to give credence to the point regarding an appellate court also having superintendence over its lower courts.

Yet, multiple High Courts have opposed such views and followed the ruling as per SBP & Co.[8] The Karnataka High Court, in Radiant Infosystems Ltd. v. Karnataka State Transport Corporation Ltd.[9],  has disagreed with the ruling given in Raj International[10]. It has stated that the finding of the Gauhati High Court that SBP & Co.[11] only applied to appointment of arbitrators, was wrong. It stated that non-interference of a writ court at interlocutory stages is not limited to appointment of arbitrators, but all cases. Moreover, a Division Bench of the High Court of Himachal Pradesh reiterated that SBP & Co.[12] must be followed strictly, holding that interference of the High Court under Article 227 could not be allowed[13]. By this judgment, the High Court overruled a Single Judge Bench decision in M.L. Gupta and Associates v. H.P. Housing & Urban DevelopmentAuthority[14], wherein the view of the Calcutta High Court in Unik Accurates[15], had been approved.

The High Court of Delhi has also taken a strict interpretation to the Supreme Court ruling. Writ petitions seeking intervention in the arbitral proceedings under Article 227 have been consistently declined in view of SBP & Co.[16] In Steel Authority of India Ltd. v. Indian Council of Arbitration[17], it was held that a writ petition does not lie against non-appealable orders passed by the arbitrator during the course of arbitral proceedings.

Recently, the High Court of Andhra Pradesh had noted that the High Courts could not have jurisdiction over the arbitral tribunals under Articles 226 or 227[18]. The reasoning given was that L. Chandra Kumar v. Union of India[19], clearly elucidated the writ jurisdiction of High Courts, by saying that superintendence would be over the tribunals constituted pursuant to Articles 323-A or 323-B. Hence, the reasoning given by the Gauhati High Court, in Raj International[20], was considered wrong. Thus, they concluded that writ jurisdiction could not extend towards the arbitral tribunals.

Such a conclusion had already been reached by the High Court of Gujarat, as they held that SBP & Co.[23] must be read along with L. Chandra Kumar[24], which states that to the effect that jurisdiction conferred on the High Court under Article 226 and 227 of the Constitution is a part of basic structure of the Constitution, forming its integral and essential feature, which cannot be tampered with much less taken away even by constitutional amendment, not to speak of a parliamentary legislation [25]. Though the situation for exercise of such powers must be extraordinary, it can be exercised when a grave injustice or gross failure of justice has occasioned. The conclusion here was reached logically, as it has considered the Supreme Court’s observation, but also realised that a strict interpretation of the same would lead to gross injustice towards the parties in certain cases.

The main issue with the High Courts that are following the Supreme Court’s observation strictly is that they have failed to consider that extraordinary circumstances may arise which require judicial intervention. Arbitration does not prohibit judicial intervention; it merely seeks for minimal judicial intervention, as is seen in Section 5 of the Act. Even if judicial intervention was prohibited, an Act cannot curtail the power of the High Court under Article 227, as it is a part of the basic structure of the Constitution. The Courts, in such decisions, reflect a view that the arbitration proceedings should be barred merely due to the Supreme Court’s observation and no further attempt has been made to distinguish the said observation or to consider the case of extraordinary circumstances, inferring a lazy attitude from them.

Due to such a conflict in interpretation between multiple High Courts, it is pertinent for this issue to be raised and finally be decided by the Supreme Court. It is important to remember that even the High Courts which have held that intervention in arbitral proceedings through Article 227 should be allowed, they have specifically stated that intervention can only be allowed in extraordinary and special circumstances wherein the aggrieved party has no other remedy under the Act and prima facie the arbitral tribunal is not acting as per its mandate under the Act.  Thus, the Supreme Court needs to clarify to allow for the High Courts to intervene through Article 227 and exercise their superintendence over the arbitral tribunals to prevent gross miscarriage of justice. 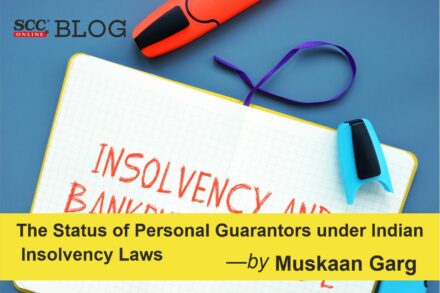 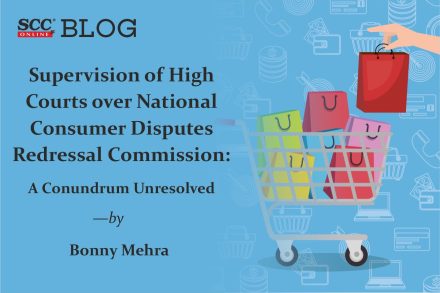 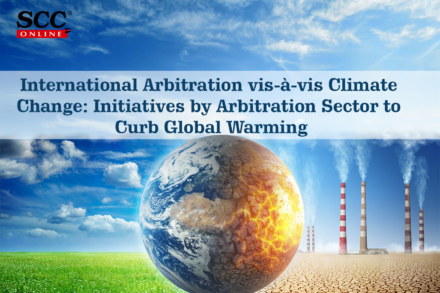