Ms. Aashish “Molly” Lakhanpal is also the Vice President of the NLUJ Constituent Assembly and was the Students’ Chief Counsel.

Avoiding a slew of boastful and boring adjectives, I would say I’m just your everyday unassuming girl. I’m an all heart person, am passionate about what I do and like most of our generation, am a little lost. I have a lot of maps and pathways figured out, roads to be traversed, but I don’t know which one to tread on. Currently, I am in my 5th year studying B.A. LL.B. (IPR Hons.) at National Law University, Jodhpur.

And I have a very cliched response to this question, which is that after I graduate, I will be joining the third generation of lawyers in my family. I have been exposed to law for as long as I can remember. In my opinion, what this kind of exposure does is, that it creates this level of comfort, this natural inclination or interest, that you end up developing because something is around you all the time. That has been a very important factor in me choosing law.

In addition to that, I have always been interested in the subject from the point of view of the power that it has over our daily lives. So yes, these have been my motivations for choosing law.

When we started with law school, coming from that CLAT mindset, I saw people around me being very competitive; I would see them go to-and-fro from the library, barely even acknowledging the presence of the person next to them. Then, being constantly told by seniors that because I had taken up the humanities stream (B.A.) instead of a business stream (B.B.A.), it will be harder for me to score as well as them, i.e. the B.B.A. students. Ultimately, there was also this notion in my head that now you’ve come to an NLU, the standard of education will be very high, the standard of what they expect from you will be very high, and you are not used to this competitiveness or this level of education, therefore, you will really have to push yourself hard. All combined, these factors really motivated me to do well.

I never thought that I would achieve Rank 1 – it wasn’t even the aim. The aim was to just, even if not be Rank 1, feel comfortable with whatever I am doing. Like not feel undermined or overwhelmed with what is happening around me. This was the mindset when I started off. From then on, it’s just been a case of holding onto this mindset, being persistent with the effort, and not falling prey to complacency. Also,important is to not be so hard on yourself. There will be a lot of externalities – you could be doing moots, you could be engaging in a plethora of extra-curricular activities – and so expecting yourself to do well or as well as you did in the last semester or the last year is just too high a standard to maintain.

So, that’s about it. For anyone who aims to be in the top ranks, I would say that this is the mindset that you should have; you really need to see why you want it and then let it drive you. It goes without saying, you will always have to push the boundaries – you should not be satisfied with what you do or with the precedent that exists before you, because that is something that you can definitely change with your effort over a period of time.

I’ve not been exclusively academically oriented ever. I get bored easily with things, and so am always looking for new avenues to explore and harder tasks to undertake.

This attention deficit led me to learning the piano, being a national level archer and publishing my musings on a blog. But most of all, it led me to travel, from the Himalayas in my backyard to driving through the French Quarters along the Bay of Bengal, nothing has fulfilled me more than travelling. You experience just so much life in each day that you spend travelling, it is almost like fuel to get you through the monotonous college or corporate life.

Speaking of fuel, my obsession with coffee has become an identifying characteristic of sorts amongst my peers. It’s not just the caffeine, it’s a companion for life that you’re sure, will make you feel good and pull you through even in the worst of situations. I frequented this Cafe near my place and in my second year I requested them to let me play around with their machine. So instead of learning more about the law that break, I learnt more about my other obsession – coffee. I learnt about brewing, making lattes, cappuccinos and cortados, the different techniques of brewing and flavour extraction and being terrible at latte art.

Most of my internships have been litigation centric rather than corporate internships because that is what interests me more. Speaking from my experience, it should be a very personal choice, the kind of internships you want to do, or whether you want to intern or not because you are the best judge of what is going to add to you as a person – the skill or the know-how. Given that you are giving so much of your time, energy and effort to something, it really should be giving you more than just what you would learn staring at a screen, sitting anywhere in the world rather than in a corporate office.

I think again, it really came down to the skill and know-how you’ve acquired over the years, and that can’t only come from doing internships, just for the sake of doing internships. You actually should have learned while you’re at it. I was fortunate enough to, even though be interning in a corporate office, to get the chance to work in a litigation team at Shardul Amarchand Mangaldas & Co., Delhi. And that is when all my experience in my high court internships really bore its fruit and I ended up getting PPO right after this one internship. So again, there was no roadmap to it – to getting this job. I think, what most law firms look for is a willingness to work with a basic skillset and knowledge of how the system works. If you can maintain a positive headspace throughout your internship and not get bogged down by all the pressures that come with it, you can get the job that you want.

One of the first things I learnt after coming to NLU Jodhpur was that mooting was the thing to do. All the great mooters were the stars of the college and if you weren’t mooting, then what were you doing in your college life? And somehow there was also this notion that if you are not good at mooting means that you are lacking in some way – and this was a notion that I don’t agree with till date. I’ve seen people who have not mooted throughout their law school lives but they’re still brilliant people, who have ended up doing so well in their careers in law. I don’t think mooting or being good at mooting is a proof of excellence or  intellect or anything like that.

Keeping this notion in mind, I only started mooting in my 3rd year of law school. That was also because one of my seniors insisted that I at least try it. So, the idea is that unlike say debating or quizzing, mooting is something you can only do in law school. So, even though it is not the only thing about law school which is great, or which is important, it is still something which is only there in a law school. So, I don’t think there is any harm in trying your hand at mooting, but whether or not you’re good at mooting should not be a point of judgement on how brilliant you are or how great you are at law.

I’ve done one national moot and one international moot till now. I’ve had successful ranks in both of my moots so my overall mooting experience till now has been very positive. At the Foreign Direct Investment International Arbitration Moot, Global Rounds, Stockholm, Sweden held in November 2018, we were adjudged as the Second Highest Ranked Team  and awarded the Best Claimant Memorial and 3rd Best Respondent Memorial. The year before that in October 2017, we won the 2nd National Moot Court Competition on Constitutional Law held at Law College Dehradun, Faculty of Uttaranchal University.

It has taught me a lot about some essential human skills like teamwork, having a clear head, being patient with the people around you, accepting the fact that things will not always work out in your favour and still managing somehow to make the best of them.

Having said this, I don’t think that mooting is essential to having a great law school life, but it does add something. You can say “yes, I have mooted”; “yes, I have tried this thing as well.” And it’s completely fine if you don’t end up liking it or not doing well. It does not take away from anything at all. So, as I would motivate or advise anyone and everyone to try new things, similarly I would advise everyone to try their hand at mooting, but that’s about it – it’s not the end of the world.

My NLUJ experience has reinforced my belief that you need to take care of yourself. Yes, having great friends and incessant support from the family helps, but ultimately you yourself have to back yourself. Only you, and no one else knows what you’re exactly going through. So, if you find yourself in an adverse situation, instead of looking for support outside, back yourself and push yourself. It will be hard to stand on your own. But it’s worth a try and while at it, don’t forget to have fun! 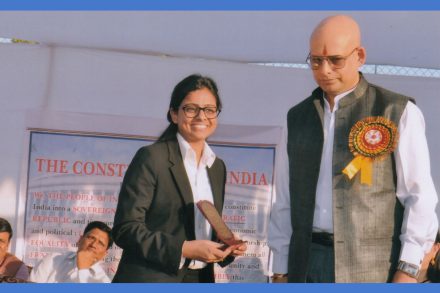 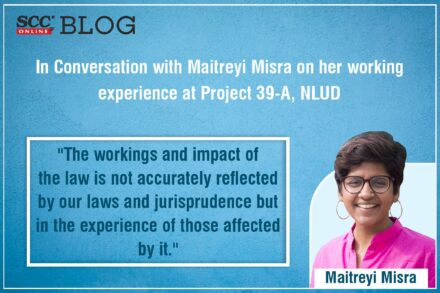 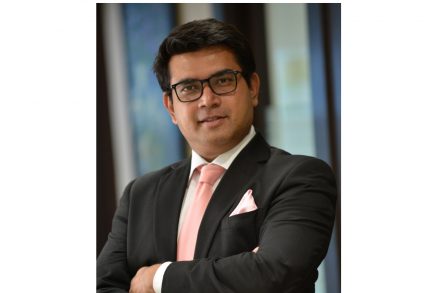