Karnataka High Court: A Division Bench of Abhay S. Oka, CJ. and Mohammad Nawaz, J. directed the state government to refund the amount already deducted from the salaries of judicial officers by the end of February 2020.

The New Defined Contributory Pension Scheme was made operational to the State Government employees from 01.04.2010. This was made applicable to those employees who joined the services on or after 01.04.2006. The scheme provided for employees’ contribution of 10% of the basic pay and dearness allowance (DA) with the matching contribution from the State Government. The first petitioner is an association of the Judicial Officers in the State. The first relief claimed was for issuing a writ of mandamus seeking a direction against the respondents to clarify whether the New Pension Scheme is applicable to Judicial Officers. A writ of mandamus was also sought for directing the State of Karnataka to continue with the old pension scheme.

In a connected writ, the State Government based its submission on the Karnataka Judicial Services (Recruitment) Rules, 2004.Karnataka Civil Services Rules which are deemed to have been made under the Karnataka Civil Services Act, 1978, govern the pension payable to the government servants. It was submitted that except to the extent of the recommendations of the first and second Judicial Pay Commissions, the Judicial Officers are government servants. Karnataka Judicial Services (Recruitment) Rules, 2004 were made under Article 309 read with 233, 234 and 235 of the Constitution of India and therefore, all the Judicial Officers are civil servants.  Therefore, no merit remains in the writ petition.

Counsel for the petitioners, Shashi Kiran Shetty submitted that separate pay Commissions, the First National Judicial Pay Commission (popularly known as Justice Shetty Commission) as well as the recommendations made by the Second National Judicial Pay Commission (popularly known as Justice Padmanabhan Commission) were established to consider and recommend the pay and allowances payable to the Judicial Officers and the recommendations made by both the Commissions were accepted by the Supreme Court by issuing necessary directions to all the State Governments to implement the same. The submission, in short, was that the pay of the Judicial Officers is governed by the Orders of the Apex Court accepting both the reports with modifications and therefore, the act of applying the new pension scheme which requires 10% deduction from the salary of the Judicial Officers is completely in gross violation of the directions issued by the Supreme Court.

Additional Advocate General, R. Subramanya submitted that as the payment of pension is concerned, the Judicial Officers are equivalent to the Government Servants except to an extent of certain modifications made by the first and second National Judicial Pay Commissions. He submitted that in the above mentioned Rules 2004, the word ‘service’ has been defined as ‘Karnataka State Judicial Services’ and, therefore, all the rules regulating conditions of service of the members of the State Civil Service are applicable to the Judicial Officers as well. He further submitted that in All India Judges’ Association v. Union of India, (2002) 4 SCC 274, Supreme Court appointed Second Judicial Commission headed by Justice Padmanabhan. It had recommended for continuation of the pension fixed by the First National Judicial Pay Commission at the rate of 50% of the average emoluments drawn during the 10 months preceding the age of superannuation.

In view of the above, the Court observed that State Government, without seeking permission of the Supreme Court, has no power to tinkle with the quantum of the salaries and pension payable to the Judicial Officers. As noted earlier, the new pension scheme contemplates contribution of 10% of the basic salary and dearness allowance by the Judicial Officers and the said amount will be deducted from the salary of the Judicial Officers. Thus, looking from any angle, the act of the State Government in applying the new pension scheme to the Judicial Officers of the State appointed after 1st April 2010 and consequential act of making 10% deductions from their salary is not only completely against the recommendations of the two National Judicial Pay Commissions Report but also in breach and gross violation of the directions issued by the Supreme Court and hence, the same is illegal.

COVID-19|SC refuses to interfere; Rajasthan Class 10 Board exams to continue as per schedule 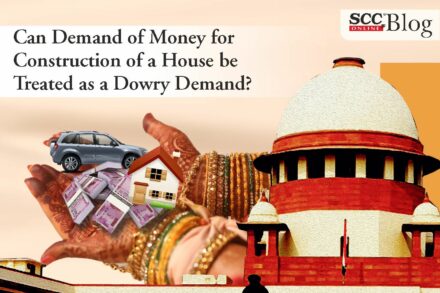