Supreme Court: Adding to the series of important rulings that are being passed before CJI Ranjan Gogoi retires, the Court is to pronounce 2 major verdicts tomorrow. CJI Gogoi retires on November 17, 2019.

The 5-judge Constitution Bench of Ranjan Gogoi, CJ and RF Nariman, AM Khanwilkar, DY Chandrachud and Indu Malhotra, JJ will pronounce the verdict in a batch of petitions seeking review of its September 28, 2018 judgement that allowed women of all age groups to enter the Sabarimala temple in Kerala.

In the September 28, 2018 verdict the 5-judge Constitution Bench held that not allowing women of any age group to enter the Sabarimala Temple was unconstitutional. The lone dissenting opinion in the matter was that of Justice Indu Malhotra, who said:

“the right to move the Supreme Court under Article 32 for violation of Fundamental Rights, must be based on a pleading that the petitioner’s personal rights to worship in the Temple have been violated. the petitioners herein did not claim to be devotees of the Sabarimala temple. The absence of this bare minimum requirement must not be viewed as a mere technicality, but an essential requirement to maintain a challenge for impugning practices of any religious sect, or denomination.”

She was also of the opinion that in the case of the Sabarimala Temple, the manifestation is in the form of a ‘Naishtik Brahmachari’. The belief in a deity, and the form in which he has manifested himself is a fundamental right protected by Article 25(1) of the Constitution.

Read more about the opinions of all the judges in the 4:1 majority verdict here.

The 3-judge bench of Ranjan Gogoi, CJ and Sanjay Kishan Kaul and KM Joseph, JJ will pronounce the verdict in the petition seeking review of it’s 2018 order where the bench had dismissed the petition seeking probe in the much talked about Rafale Deal by holding that there was no reason for any intervention by this Court on the sensitive issue of purchase of 36 defence aircrafts by the Indian Government.

The Bench, in the said order, said that they interacted with the senior Air Force Officers who answered Court queries including that of the acquisition process and pricing. Stating that it cannot sit in judgment over the wisdom of deciding to go in for purchase of 36 aircrafts in place of 126 and cannot possibly compel the Government to go in for purchase of 126 aircraft, the Court said

“Our country cannot afford to be unprepared/ underprepared in a situation where our adversaries are stated to have acquired not only 4th generation, but even 5th generation aircrafts, of which, we have none. It would not be correct for the Court to sit as an appellate authority to scrutinize each aspect of the process of acquisition.”

By Bhumika Indulia Published on February 18, 2020 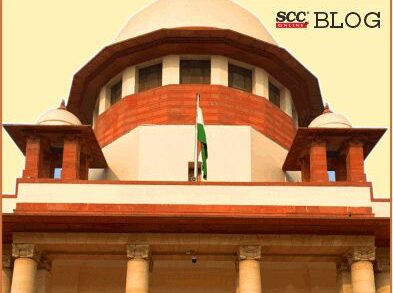