The applicant was facing a trial which was pending before the First Additional Session Judge to the Court of Additional Judge. He was tried for offences punishable under Sections 302 and 34 IPC. During the trial, the prosecution filed an application for taking certificate issued under Section 65-B of the Evidence Act on record and the Court allowed that application. The applicant was aggrieved from that order and filed a petition.

The State opposed this stating that the certificate under Section 65-B of the Evidence Act can be filed during the trial of the case.

The Court relied on Supreme Court’s decision in Sonu v. State of Haryana, (2017) 8 SCC 570 where it held that although electronic records are not inherently admissible as evidence, the objection is that, objection relating to the mode or method of proof has to be raised at the time of marking of the document as an exhibit and not later.

Similarly, the Supreme Court in Union of India v. Ravindra V. Desai, (2018) 16 SCC 273 held “Non-production of the certificate under Section 65-B of the Evidence Act, 1872 on an earlier occasion was a curable defect which stood cured.”

Marital rape: A husband cannot be permitted to treat his wife like a chattel and violate her dignity 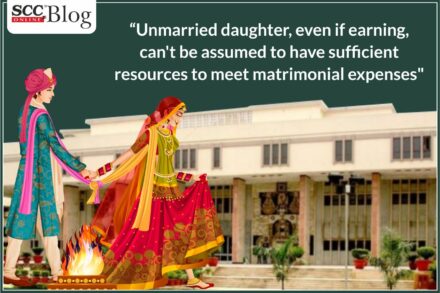 ‘Unmarried daughter, even if earning, can’t be assumed to have sufficient resources to meet matrimonial expenses’: Del HC orders father to pay marriage expenses of daughters