The Competition Commission of India (CCI) has found Jaiprakash Associates Limited (JAL) to be in contravention of the provisions of Section 4 of the Competition Act, 2002 (Act) for abuse of dominant position in the market of independent residential units such as villas, estate homes in their integrated township, by imposing unfair/ discriminatory conditions on the allottees in Wish Town, Jaypee Greens project, in Noida and Greater Noida.

The final order was passed on an information filed by a buyer who alleged that conditions imposed by JAL were arbitrary and heavily tilted in favour of it.

Based on the investigation, the Commission found that the standard terms and conditions imposed by JAL were one-sided and couched in a manner so as to unilaterally favour itself and be unfavourable to the consumers. Moreover, terms were vague and did not confer any substantive rights on the buyers. The conduct of JAL, such as collecting money/charges from the buyers without delivering the residential/dwelling unit on time, adding additional construction and amending /altering the layout plans, imposition of various charges, right to raise finance from any bank/financial institution/body corporate without consulting buyers was held to be abusive.

Therefore, the Commission concluded such conduct of JAL to be in violation of Section 4(2)(a)(i) of the Act. Resultantly, the Commission imposed a penalty of Rs. 13.82 crore (Rupees Thirteen Crore Eighty-Two Lakh) on JAL. The penalty was calculated @ 5% of the average revenue of JAL from the sale of independent residential units in the relevant market. Besides, a cease and desist order has also been issued to JAL.

Delhi-NCR Pollution| Crop stubble burning must stop immediately and all states must do everything to stop it: SC

By Prachi Bhardwaj Published on November 4, 2019 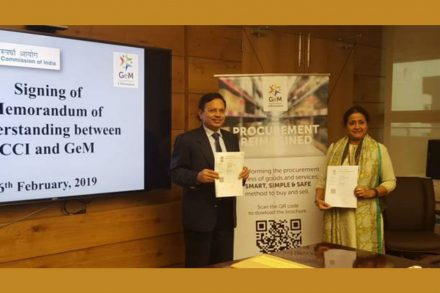